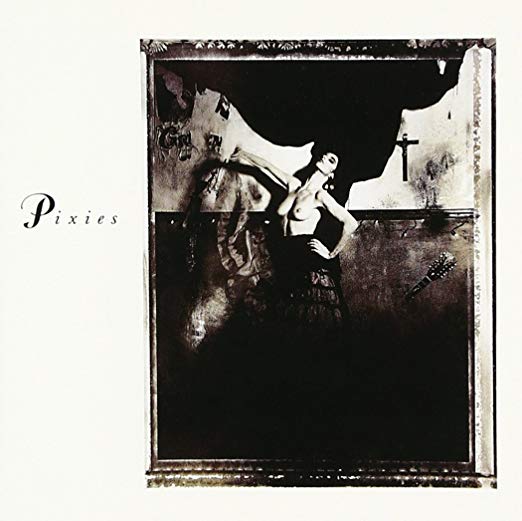 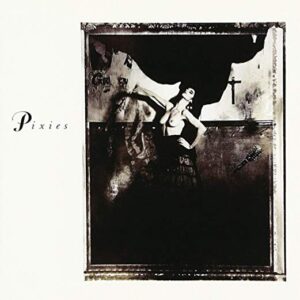 Pixies’ 1988 album Surfer Rosa has made an undeniable impact on alternative rock and pop culture in general. When I was twelve and totally infatuated with the 90s grunge era, I was recommended this album by a friend’s parent. It may have been a mistake to have exposed my young ears to such an album but nonetheless I can proudly say it remains among my favourites. Its sheer oddness, the way it deconstructs clean rock with sporadic noise and distortion, is what makes it so unique and a total staple.

Surfer Rosa is an album with a sound people had never heard before, and to be quite honest it’s pretty scary. The lyrics are disturbing at times, but there is a creepy charm to them once you look past the rampant references to violence and incest. Steve Albini’s production left bits of spontaneous dialogue from the recording process, which in my eyes completely makes the album. It’s almost like listening in on a rehearsal, and there’s something so much more personal about hearing genuine speech between the members. The distance that sometimes appears between an album and its listeners is broken – sometimes it is hard to view artists as real people, but Pixies effortlessly destroy it and create a sense of intimacy with the listener.

There’s something so jarring about the sound that runs through the album. Spanish is mashed together with English in a disorganised fashion throughout, and the Puerto Rican influence is seen frequently (particularly in title track Vamos (Surfer Rosa)). Furthermore, the use of distortion and noise plays a role in the unsettling qualities to tracks like Broken Face, in which the vocals are diced up and high pitched for parts of the song. It just sounds wrong placed against a melody that could be clean if you stripped away the distortion – contrast seems key here, between a melody that makes sense and a frighteningly unpredictable tone. This juxtaposition is unnerving, especially when paired with the unpleasant, at times obsessive lyrics (take the closest they ever get to a love song, Cactus, as a perfect example of this).

Surfer Rosa is an album that fully credits the concept of a non-easy listen, and yet despite this I cannot stop coming back to it. I’m sure it’s the same for many of you – we are fascinated with the macabre, and it fuels so much of what we make. Its influence on other musicians is also totally undeniable. Famously, Kurt Cobain claimed he was essentially trying to rip off the Pixies on Nevermind. Radiohead’s Creep is full of their influence, including their song formula of quiet verses with a creepy feel and louder choruses, paired with the unnerving lyrics that bare resemblance to those on Surfer Rosa. This formula has been used so many times by other bands and is almost instantly recognisable. Not only has this album influenced musicians, but I am sure that its listeners have been affected by it. I know personally that the first time listening to this oddly twisted collection of songs, I was baffled and yet absolutely in love with the charm of it all. I believe there isn’t another album the same, no matter how long you look.

A couple of key tracks:

This brooding track is about the most romantic thing on the album. Backed with a seething baseline which essentially makes up most of the minimalist instrumentation, the vocals are unsteady and throughout the song feel like at any point they could explode into screams. There is an uncomfortable feeling of desperately trying to hold back. The lyrics tell the story of an incarcerated man, obsessed with his lover and requesting for her to send him her ruined dress so that he can cling to the hope that she is still alive. As the song increases in intensity (gradually reaching the lyric “wear that dress when you die”), the bass line provides a constant in its dark atmospheric feel, driving the feeling of the song. David Bowie’s cover of this is also fantastic.

Where is my mind –

I’d struggle to write a piece on this album without including this classic song. It’s most certainly a lighter and more whimsical moment, but not without its fair share of creepiness in Kim Deal’s eerie background vocals (which were recorded in a bathroom). This song is a slice of calm in the chaos that runs through Surfer Rosa, it’s definitely a more tender moment. The lyrics are somewhat nonsensical, Black Francis himself has said he didn’t really know why he chose to write about his experience in the Caribbean being chased by small fish. That is a sentiment that is relevant to the title itself, the feeling of a lack of coherent direction, questioning where your mind actually is. The calmness of this track is a surprisingly bittersweet moment.