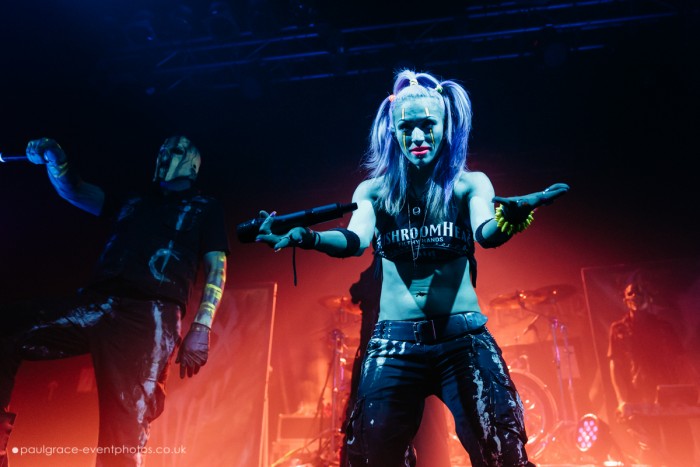 Mushroomhead brought their infamous circus freak-show to Camden’s Electric Ballroom where Paul Grace was lucky to see them perform one of his favourite gigs of the year.

It had been 13 years since American alternative metal rockers Mushroomhead last visited the UK. I’d seen a few images of the current tour on social media so I knew we were in for a pretty special show.

I arrive just as Sanguine are starting their support slot. The Exeter four piece play a solid set with lead singer Tarin Kerrey delivering powerful vocals and lots of crowd interaction. Between tracks she demands that everyone chants “Mushroomhead! Mushroomhead!”, as a respectful nod to tonight’s headliners. 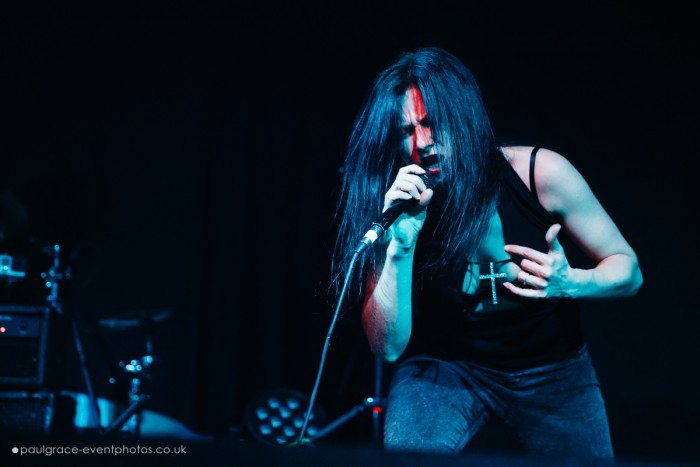 Just after 9.30pm the lights dip and Mushroomhead take to the stage. All band members are wearing creepy horror-show masks daubed in fluorescent paint, and dramatic lighting enhances the sinister vibe.

They immediately smash into opener “Qwerty” and the heaving ballroom literally explodes.

Vocalists J Mann and Jeffrey Nothing are flanked by 2 sets of floor standing toms both of which have been pumped full of water and cause the hammering drummers to spray water everywhere as they play. It’s high octane cosplay craziness and the front rows get totally drenched! 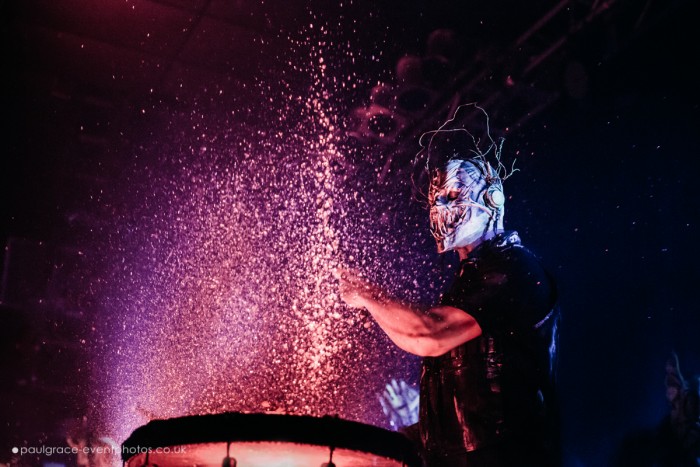 UnSaid Fate’s vocalist, Jackie LaPonza, makes a couple of appearances. She dives into the pit during a riotous “We Are The Truth” and reappears a few tracks later from behind the stage in a glowing white ballgown for “One More Day”.

And when the water filled toms aren’t being pummelled, the bassists use them to sit on, like sinister gargoyles perched on the side of a gothic church. 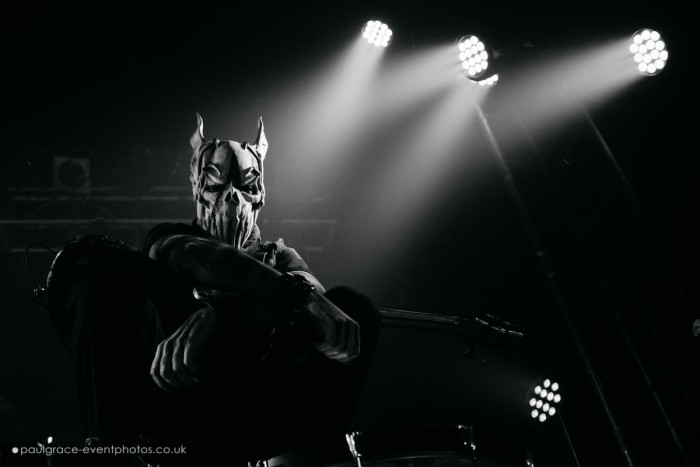 Final track “Born of Desire” leaves us all screaming for more and I’m genuinely gutted that we’ve reached the end of the ride. Mushroomhead have delivered a seriously awesome show, hitting the mark both musically and visually, with theatrics delivered with flawless precision.

The waterlogged drums may have left us soaking wet but it really doesn’t matter after such a fabulously immersive experience. I know it’s only April but I already have a serious contender for gig of the year. You really can’t afford to miss the Mushroomhead freakshow!