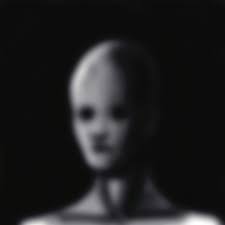 Brand new album from Alexander Tucker (Grumbling Furs, Imbogodom) under the MICROCORPS moniker. Simon Tucker finds much to love within its desolate soundscapes.

Alexander Tucker follows up his brilliant 2019 album Guild Of The Asbestos Weaver with a collection of deep soundscapes that take the eeriness that resides in a lot of his other work and ramps it up to eleven. For this album Tucker slips on the skin of MICROCORPS who, from what I can gather from the eight sonically dense and rich pieces presented here, is a lover of horror and sci-fi cinema and a natural heir apparent to the work of reunion era Throbbing Gristle (and the trio X-TG). XMIT (which I believe is pronounced “Transmit” though I could be wrong as I often am when it comes to these matters) is as immersive as it is subversive with ugly twists and insidious bass patterns that surround you and envelop you in its superbly textured world. Featuring great collaborations with the likes of Gazelle Twin, Simon Fisher Turner and Nik Void (whose work as part of Carter Tutti Void also feels like a musical relation of sorts), Tucker has made an album full of an admirable singularity of vision and an album that is cohesive and spellbinding.

When it comes to the art of albums one aspect that often gets overlooked is the skill of getting the running order just right. Sequenced poorly an album can lose all flow and any desired narrative. Thankfully, Tucker knows what he is doing as XMIT travels exactly the right speed, revealing itself slowly but surely with opener JFET sounding like an old-school TV channel dial being tuned in to find the elicit late night horror show your parents don’t want you to see and whilst DOR offers a rich entrapment as it offers a fair bit of ethereal light in amongst the deep beats and skittering synths it is when XEM appears that the hand we are being dealt is being fully revealed. Working with Gazelle Twin (Elizabeth Bernholz), Tucker creates a nightmarish soundscape whilst Bernholz’s wordless vocals crawls around the speakers like you are being surrounded by an unseen predator and her main vocal tells us of being somewhere with “no light” and “no atmosphere”. It is during XEM that it clicks what you are listening to. Alexander Tucker has created an aural representation of an HR Giger painting. We are in the land of the Xenomorph and it is that that is hiding in the shadows.

Once you realise where Tucker wants you geographically (the cold emptiness of space to be precise) the rest of XMIT opens up like the scenes within a movie. You get the nervous walk through threatening corridors on OCT (with Simon Fisher Turner), a pulse and rhythm that is there underneath like the survivalist need to keep going forward. There’s the twisted battle scene that plays out with UVU which is a truly cinematic piece of music that contorts and growls getting ever more intense as it drives to its climax. With ILN (with Nik Void) you the truly chaotic section that plays out in the third act. ILN is where the chaos and sheer intoxicating horror of XMIT peaks and what a peak it is.

With this new MICROCORPS album Alexander Tucker has shown once more what a diverse and truly skilled artist he is. XMIT is the sound of an artist working in the area of sound design and film score only without a film to bog it down in its own images. XMIT allows you to cast your own villains and heroes and play out a film of your own direction whilst the sounds slowly nudge in the direction of where you need to go emotionally. It is as beautiful as it is intense and terrifying and it is an album creates its own universe where you may be familiar with a few cornerstones or imagery but overall the land is bold new and exciting.