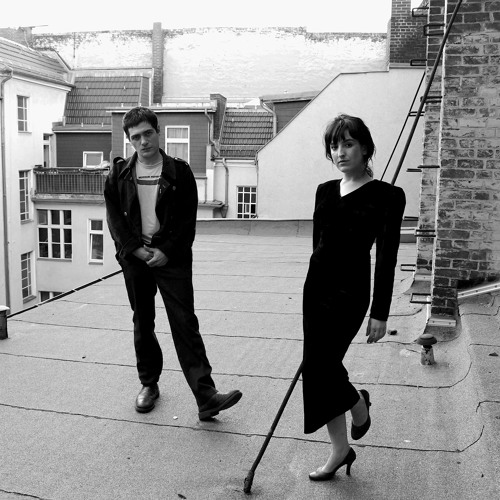 A treat for these trying times: Argentinians in Berlin, Mueran Humanos release a single, ‘Reemplazante’, from their forthcoming new album, Regression.

The forthcoming long player is starker and hard-hitting in tone and texture. It’s in marked contrast to the lush arrangements and synth swells that have characterised their last few releases.

Tomas, one half of Mueran Humanos explains: “It was all composed in the pandemic. We wanted to do something rawer, reducing our sound to its core elements and play as a band instead of working on computers. We couldn’t play live so we wanted to feel alive. So we composed the songs on a 20 euro keyboard using its beats and a bass plugged into a toy amp, no pedals, no effects, nothing. During lockdown we played those songs secretly for friends, secret gigs at home for ten people max, usually only one or two.”

The record certainly sounds like the band wants to be on the front foot, scrapping it out in the flesh.

As to the single: watch out for that brilliant “Hooky” bassline that picks up the song amidships, and creates a structure for a counterpoint to the main melody. It’s fantastic and something that sticks in your head for quite a while afterwards.

As ever, singer Carmen has crafted a compelling video that has something of Man Ray or German 60s artists such as Sigmar Polke. Mueran Humanos are one of the very few bands who can make compelling videos that express the music’s inner soul, and somehow both escape being a promotional material or be a vanity project.

They really are special.