Home Blogs Letter from America Our US writer is angry at Cartier stealing punk... 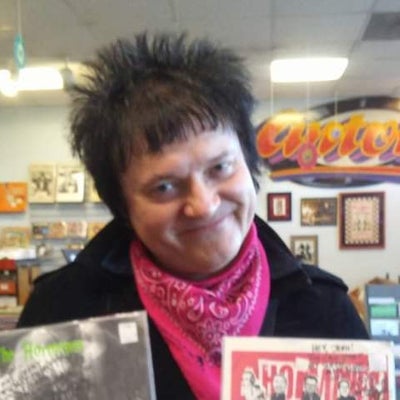 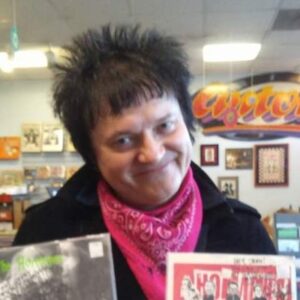 Since Zandra Rhodes ripped hems and reattached them with solid gold safety pins in 1977, fashion designers have circled back to punk every few years for a fresh jolt of inspiration. And really, this did begin with Vivienne Westwood – most of the dole queue inhabitants who supposedly composed UK punk’s audience could scarcely afford those bondage trousers and obscene t-shirts she and Malcolm McLaren flogged from 430 King’s Road’s ever-changing storefront. There’s always been some couturier wanting to tap into DIY messthetics for a little bit of edge.

No, they do not use the term “punk” once in all its promo, or on the Cartier website. But they dance all around the obvious. The collection’s called Clash de Cartier – hello? Could you be more obvious?  A 30-second promo depicts British actress Kaya Scodelario (“who masters the art of duality”) aggressively displaying the wares in outfits that suggest she’s on her way to audition for an Elastica reunion tour, as Gen X’s “Dancing With Myself” blasts on the soundtrack. “A clash of attitudes,” reads some of the copy, “pushing the limits of the Maison’s historic signatures.” The pieces? Bracelets resembling high fashion remixes of the pyramid- and conical-studded  leather bands adorning punk wrists forever, and similarly hard-edged rings/earrings/necklaces in gold, silver and diamonds.

Who the intended audience is, is clearly not any actual punks: One of the rings Scodelario wears in the video retails for $2500. Shoplift that! It’ll go well with the painted, studded jacket, mate….

A classic New Orleans second-line – that wonderful local tradition where blacks and creoles pick up instruments and dance and play down the streets to honor the dead, a spirited prequel to a funeral – tears into “When The Saints Go Marching In,”  adding a little ’50s r&b swing straight from a Cosimo Matassa recording session. Only this ain’t New Orleans, it’s another cradle of blues/rhythm & blues/rock ‘n’ roll, Memphis, TN. And not only aren’t these strictly African-Americans boogieing for the departed – it’s punk rockers, what appear to be reggae musicians, and members of the SHARPs (Skinheads Against Racial Prejudice) crew.

Only Omar Higgins could’ve inspired such celebration. Bassist/vocalist for rising Memphis hardcore band Negro Terror and a prominent voice of positive rebellion and social justice in his community, he had died 18th April from complications due to staph infection, aged 37. Austin, TX-based indie Chicken Ranch Records had just released the two-year-old band’s blistering debut single two weeks before. Its A-side repurposed Skrewdriver’s scabrous White Power anthem “Voice Of Britain” into the anti-racist/anti-facist “Voice Of Memphis.” Subversive as hell, with ballast added by the trio’s entirely black membership. This is punk at its finest – turning the enemy’s weapons on itself, with sawtooth-wave fuzz rendering Rico’s guitar even more dangerous and Higgins’ righteous fury mortally wounding Ian Stuart’s words and melody.

This was Negro Terror’s – and Higgins’ – genius. Omar Higgins was a one-man Clash with a Southern drawl. He spent his brief life embodying multitudes, blurring or destroying boundaries, uniting people under a message of unity and positivity, giving back to his community. A Brooklyn native who’d lived in Memphis for ages, playing in loads of punk and reggae bands (serving a membership concurrent with Negro Terror in Chinese Connection Dub Embassy with his brothers), a US Army vet who’d served two tours in Iraq, he was also his church youth leader and praise music director. A beloved figure in Memphis’ music community for his work on- and off-stage, he was also an active SHARP and anti-fascist activist.

Last year’s 5-song demo The Bootlegg put them instantly on the international punk map, enough to inspire the lensing of a documentary, also called Negro Terror, on this still young band. You can find it on Amazon, with footage of that second-line stapled onto the beginning. The demo and the single both hinged on that subversion of Skrewdriver. Music borne of hatred and race-baiting was turned on its ear and given a steel-capped Doc Marten up its tailpipe. This rippled through the band’s purpose right down to their name – Higgins explains onscreen he heard the phrase “negro terror” in documentaries on the birth of rock ‘n’ roll in the Fifties, and decided he’d make music that truly embodied the fears of the Alabama Citizens Council. A debut LP has been in the can for awhile, to be released late in the year. Neither Omar Higgins nor Negro Terror shall be silenced.

Not to turn our time together into an obituary column, but one of the factors holding up this edition’s writing was Roky Erickson’s death three weeks ago. See, I live in Austin, Texas – Roky’s home. This was where he wrote “You’re Gonna Miss Me.” This was where he and the 13th Floor Elevators dropped a metric fuck-ton of acid and married the sorta basic garage-punk you hear on records by The Sonics to Bob Dylan’s surrealistic wordplay about Serious Subjects, creating one way of being psychedelic, maaaaan. This was also where, in the Seventies, he wed visions he’d absorbed from Hammer horror features and bloody EC comics from the Fifties to an even more stripped-down, noisy garage-punk as a way of dealing with the demons dancing in his head. The independent “Red Temple Prayer (Two-Headed Dog)” 45 he did in 1975, with Doug Sahm abusing a phase shifter on his Telecaster as radically as Ron Asheton did a wah-wah in The Stooges, was seriously Austin’s first punk rock 45 – three years before our town had a punk scene. Roky Erickson was as important to our city’s musical psyche as Elvis was to Memphis’. A friend remarked to me the night he passed, 31 May, that she felt like Roky gave her license to be as strange as she was naturally. I replied, “David Bowie had that quality, too. The difference was, Roky lived down the street. Bowie was from Mars! We could touch Roky – we couldn’t touch Bowie!” Only now, we can’t touch Roky, either. He might be having tea with Bowie, for all we know. I certainly hope so. R.I.P., Roky.

A new archival release soundtracks this edition, alongside Negro Terror’s “Voice Of Memphis” b/w “We Need Support” 45. The first is D.O.A.’s 1978:Unreleased Tracks/Singles. This is the earliest recordings of Vancouver’s longest-running and most-potent punk outfit, centered around a spotty teenage Rat Scabies/Keith Moon-style drum genius in Chuck Biscuits, gutter rock star Randy Rampage on bass, and mainstay leader Joey “Shithead” Keithley’s roaring voicebox and Gibson powerchords. Wedding the hooligan power of early Damned to Strummer & Jones’ lefty lyrical vision, D.O.A. created a vision of punk that defined the idea of “hardcore” minus the speed-for-speed’s-sake idiocy it degenerated into. Classic yet underrated, except to those in the know. You need this. Seriously.

Tim Stegall has been writing about punk and other loud, aggressive rock ‘n’ roll music since 1985, mostly for  The Austin Chronicle. He has also led old school punk outfit The Hormones just as long. He is currently writing a novel and a history of Austin, TX’s punk scene. The Hormones’ first new studio recordings since the ’90s,  Sing!, will be out late this spring on Australia’s Dirtyflair Records, who issued the band’s  Legendary Junk anthology in 2017.