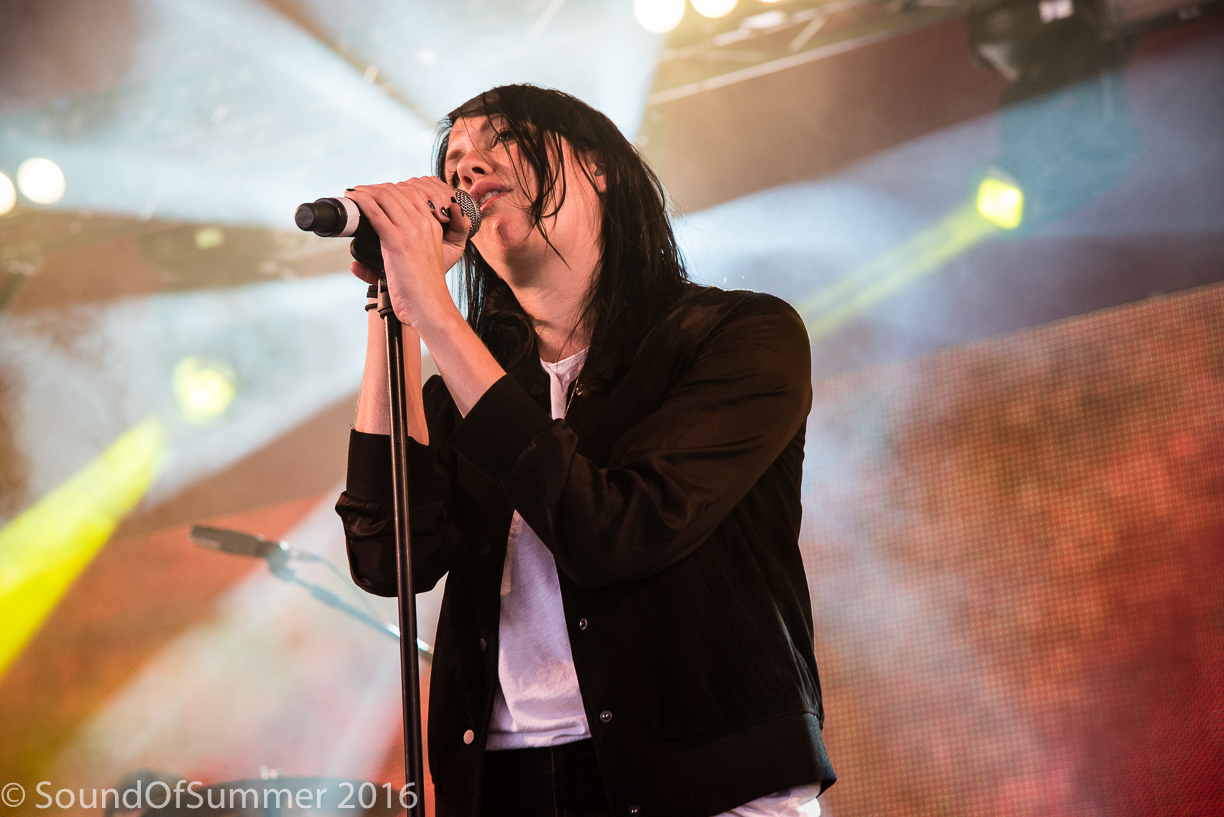 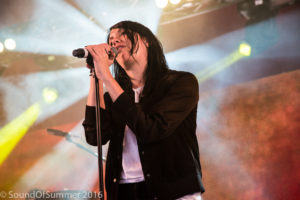 The joy of music festivals often lies in the discovery of the new and the unexpected.  Chicago born K:Flay gave us both at Reading festival.

I confess that I don’t find the hip-hop genre particularly interesting or inspiring, the often misogynist lyrics turn me off and the glorification of gang violence delivered by some I find stomach churning.  When I read that hip-hop was being delivered by a young, educated white girl like Kristine Flaherty I was intrigued and my interest was further piqued when I discovered that K:Flay had ditched RCA records to be true to herself and deliver her music her way.

K:Flay had an early day set on the Radio 1 Xtra stage at Reading so I went along to check her out.  What I discovered was an engaging performer backed by an excellent band.  Despite the PR blurb I also discovered that K:Flay is far from a one trick pony as she delivered a set full of enjoyable upbeat indie pop tunes.  Meeting Kristine after her set she explained that she had adapted the set and now feels her newer music is more in an alternative space.

“Rapping and hip-hop was my entry point when I started out in music.  My newer material is definitly more in the alternative space but I think there will always be some of the spirit of hip-hop in there.  The change is simply part of the natural evolution as a musicians as I grow and experiment.” 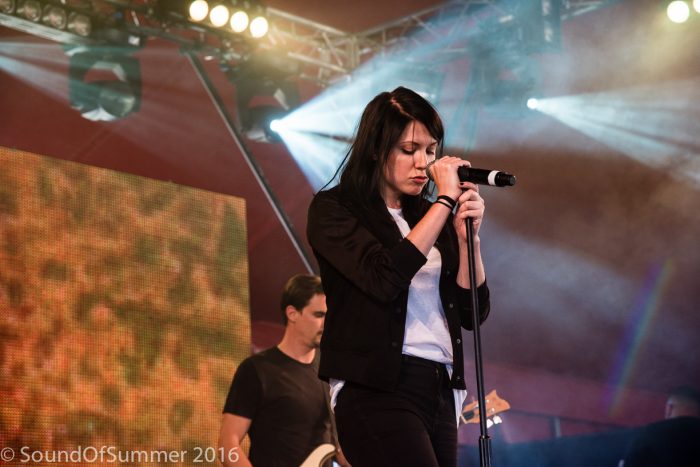 I was keen to know what had a attracted to K:Flay to the hip-hop genre especially given it’s reputation for misogyny.  She explained that for her hip-hop was very much the music of the streets and it was the political element that resonated with her.

“It’s the politics, the sense of defiance that I really connected with as a way of self expression, it’s super exciting and really fired me up.”

Make no mistake, whilst K:Flay’s music is evolving there has been no dimming of the fire in her belly, it comes across in the passionate way that she delivers her music onstage, her performance is both absorbing a enthralling.  Kristine recognises the resurgence of the west-coast punk and hardcore scene and says it influences her as a way of cathartic release.

“I consume as much music as possible, the hardcore punk coming out of the west-coast is inspiring because it is so cathartic.  Elements of the heavier stuff does find its way into my writing, I’m not afraid to cross genre boundaries.  My music tends to be more emotional than outright political but it’s about autonomy, freedom and independence.” 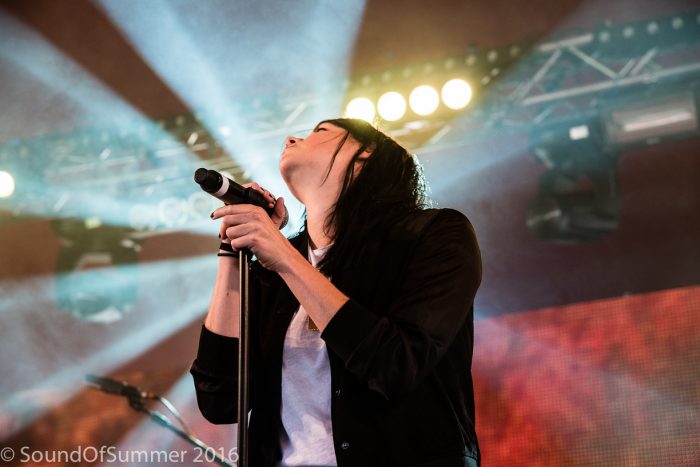 Kristine revealed that she found her first experience of Reading very exciting as she is keen to build a connection with UK music listeners.

“Reading has been amazing, we have a beautiful day, we had a great crowd and they seemed to connect with my music.  I really want to come back and tour here as soon as that is feasible.”

K:Flay is unquestionably an exciting new talent, it will be intriguing to watch her develop as she continues to blur the boundaries between genres.  You can’t help but feel that her passion will carry her a long way.