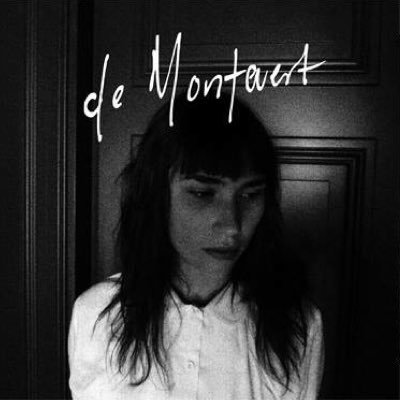 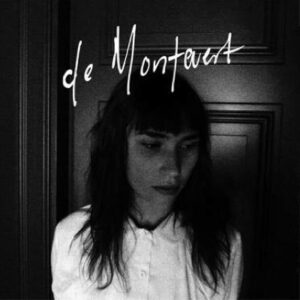 The debut eponymously titled album from Ellinor Nilsson (aka de Montevert) is quite an accomplishment. Brimming over with moody, dark alternative pop seems effortless – and more importantly sounding like someone who has been making albums for quite some time.

Ellinor’s voice is like that of a gravelled angel, it is raw and uncomplicated but at the same time exudes a wonderful calm with every note. Set against the often brash instrumentation and lovingly constructed melodies it is an album which demands several listens.

With subject matters of love and betrayal prominent over the nine tracks, it is an emotional journey through some quite stunning pieces of work. October 11th is one such track which over five minutes contains just voice and minimal tones. The strap line of “It should have been me” is presented with pity and hurt and makes the track an overwhelming success.

And it’s not all sultry infinitesimal either, It’s Alright I’m Probably Dreaming the lead track from the album moves along like an old stream train with a continual bass beat and subtle drum beat. Like the rest of the album, it is addictive and holds an incredible amount of charm.

Produced by young Swedish singer Kalle Johansson and recorded on the outskirts of Umea in the north of the Country much of the album consists of first takes and live recordings. It is perhaps this approach that gives the album life and instils a warmth and enthusiastic final result.

Album closer Ode To Mental Instability tells its own story and is a well-placed track as a gentle but persuasive ending, but Summer Heart sits perfectly midway through with a vocal style not unlike that of 2003 Fame Academy winner Alex Parks.

Let’s Not Run Away Together has hints of Country again with an infectious sound and Close Encounter experiments with Blues over an eerie empty backing. A fine debut from Ellinor and one which holds promise if she can maintain the style which she seems to have made her own.