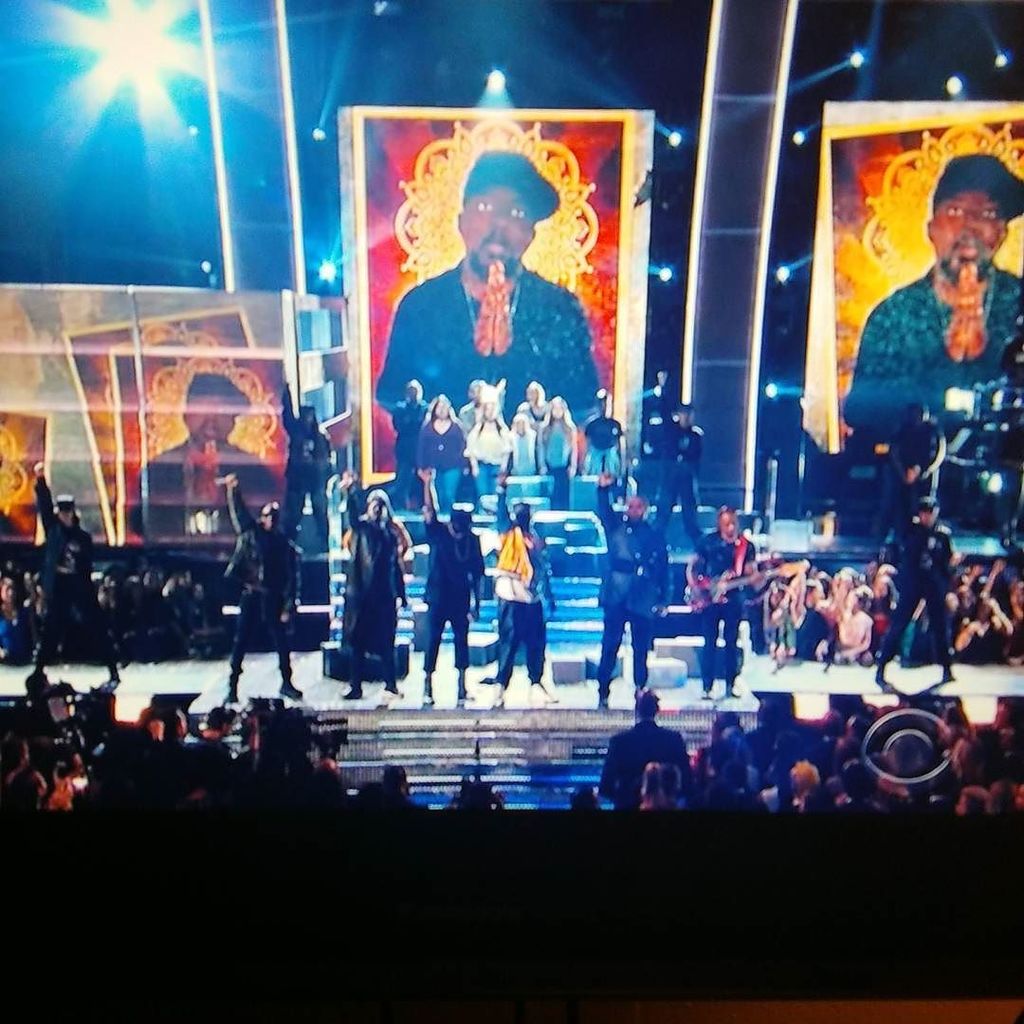 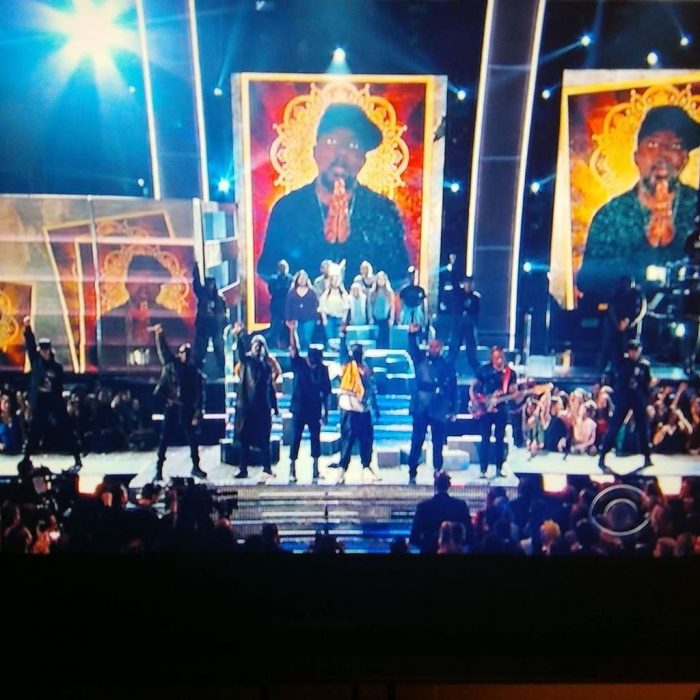 Looks like the disaster prone US president Trump has incurred the wrath of the rappers.

At the 59th Grammy awards last night A Tribe Called Quest took the stage with Anderson, Paak, Busta Rhymes, and Consequence for a powerful performance of “Movin’ Backwards,” and “We the People” from the 2015 record We Got It From Here… Thank You 4 Your Service.

At one point, Rhymes called Donald Trump “President Agent Orange,” Q-Tip repeatedly yelled out “resist,” and the entire group kicked down a faux-wall.

It certainly made those dinner party claims that pop culture has no political anger left look rather limp and was a powerful reminder of the power of the protest song.

“I wanna thank President Agent Orange for perpetuating all the evil that you’ve been perpetuating throughout the United States,” the 44-year-old Rhymes said during the performance.

“I want to thank President Agent Orange for your unsuccessful attempt at the Muslim ban,” he continued while women sporting hijabs lined the stage. “But we come together. We the people!”