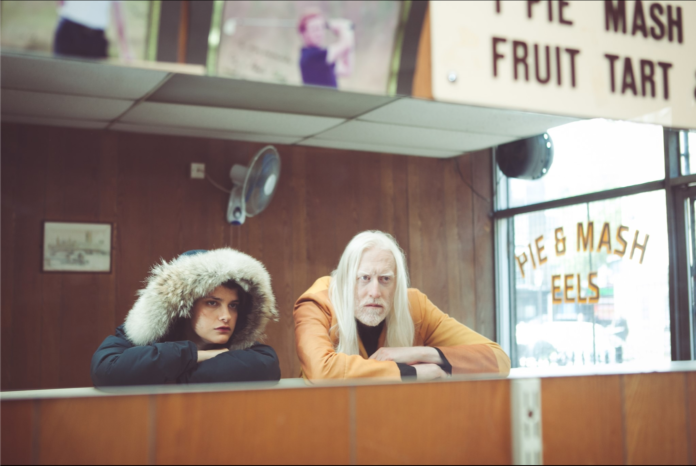 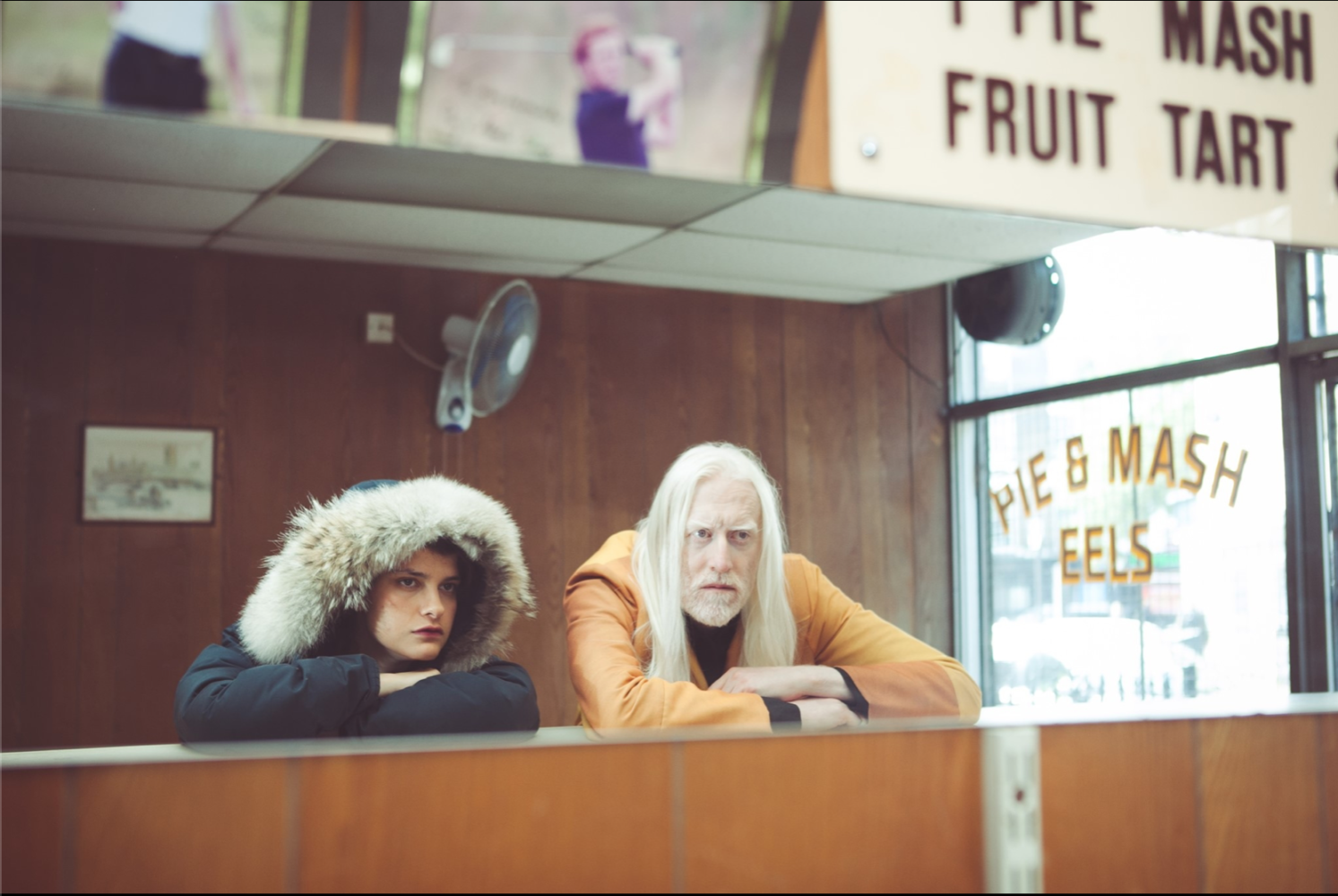 After a weekend of inspiring talks your author had conducted with the likes of Chris Packham, Dale Vince, Fay Milton and Claire O’Neill about what needs to be done about climate change and the surrounding COP, Audiobooks cap it off with an extraordinary gig.

Greatness in music arrives in all shapes and forms.

The odder the better.

The more off-kilter the more thrilling.

Three years in and David Wrench and Evangeline Ling are still as idiosyncratic and brilliant as when they first appeared with their debut 2018 album, Now (in a minute). It’s freak pop brilliance was a combination of the silver wizard figure of Wrench who has a career of musical endeavours that reads like a whose who of the UK off kilter music scene and his bank of keyboards and electronics and artist and model Evangeline’s beautifully disconcerting deadpan demeanour. Currently touring its follow up,  Astro Tough (reviewed here), they have honed their live show into something utterly mesmerising.

The combination of thundering dancefloor beats, warped twisting electronics and layers of textured sound created by the engaging keyboard wizard create a hypnotic backdrop for the vocals. The music somehow combines the yearning backbeat of trance, the danger stranger of Suicide, the mystery of Aphex Twin and the four to the floor intensity of acid house into a pulsating dark star of sound for Evangeline to deliver her deadpan poetry over the top.

The singer does all this with off kilter twitching dance moves and a brilliantly detached stage presence that is like a 2021 take on Sparks where she gets to be a sort of Ron Mael figure! it’s beautifully odd yet captivating. Every song is a 3D adventure and perfectly carved from the possibilities of sound by David whose limbs fly around his banks of keyboards like a digital octopus and with his hair flailing along to the possibilities of sound. This wild industry is the perfect contrast to Evangeline’s super cool and detached stage presence and vocals as she intones off kilter and disconcerting stories of modern life with the snark eye of prime time Mark E Smith over the top.

There is not a dry thigh or eye in the house. Audiobooks are serious wonk but also genius pop.