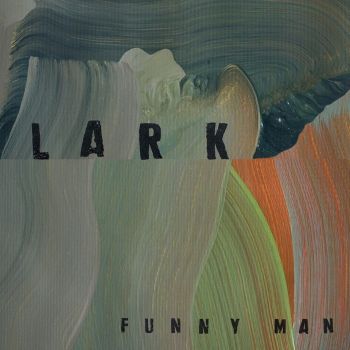 Occasionally, albums get caught up in the themes of the day, in the news we see and hear, or just generally don’t get the coverage they deserve. Louder Than War’s Paul Scott-Bates felt rather guilty and decided to give the albums credit where it was due. 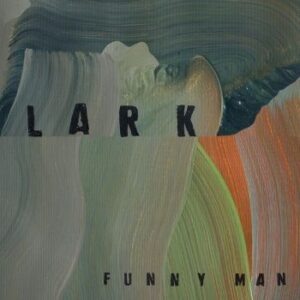 Funny Man was released in July of 2015 and it’s an abolsute travesity that it slipped under the LTW radar as it could well have been one of the albums of the year.

Lark is the creation of songwriter, artist and frontman Karl Bielik. Based in London, they create infectious, bass heavy soundcrashes which leave indelible marks long after they have been heard. There’s a punk element to the sound of Funny Man but, also hints of krautrock and pioneers on industrial electro in Einsturzende Neubauten with crashing beats the enormity of which really have to be heard to be believed.

There’s often an anger in the sound and a sometimes dark dance beat (A Fishing Trip) figting to break free. When the band slows in down a notch of two – check out Curtains – the darkness descends even further and the haunting horror of their amazing sound if flipped to the other side. Standout track Girl sets the tone for one of the most exciting albums around as it pumps immediate life and energy into the proceedings.

A remixed version of Funny Man will be out very soon. 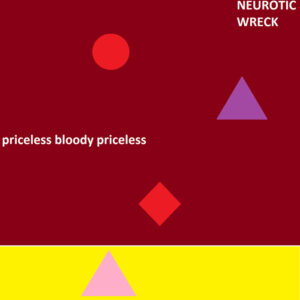 Sometime member of The Bordellos, Dan Shea (aka Neurotic Wreck) released his EP via Bandamp back in April. Opener, Let’s Make Hate has echoes of the mighty Vukovar of who also he plays a part of with some incredible drum sounds and a highly infectious strapline which is difficult to forget (job done, eh?). Life In Sepia has echoes of Roddy Frame in terms of songwriting and as such is well worth a listen, a subtler affair with guitar, tambourine and light percussion it again is a highly addictive tune.

With an album, Glow Ghosts In Subspace due out on 14 July (Net Label Day), the tone has firmly been set. Shea has the ability to write some rather fine songs and the prospect of a longplayer, with a decent bit of publicity behind it could see him become much better known than you’d expect.

Lyrically, Priceless Bloody Priceless is enagaging and the album available as a free download from Bandcamp should you so wish but with music this good, you really out to stub up a few coffers.

Dan has a Tumblr site here: dan-wreck.tumblr.com. He can be followed on Twitter as @Dan_Wreck and on Bandcamp. 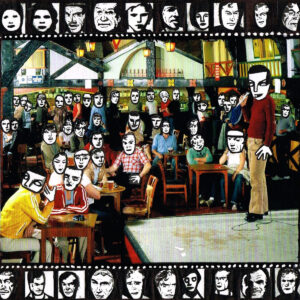 We’ve featured several Ashley Reaks releases on Louder Than War in the past (including two albums in 2015) and so to miss this one was particularly unforgivable. The potential cricketer career was put aside in favour of music and collage, and the rest they say is history.

Six albums in the last five years is quite some output and it doesn’t mean any lack of idea or originality either. Following on from his collaboration with Hull poet Joe Hakim on the album Cultural Thrift, Reaks returns to the fold with tried and trusted musicians in the form of Dave Kemp (saxophone), Nick Dunne (guitar) and the incredible vocals of Maria Jardardottir.

With nine tracks, each one about a different serial killer Reaks (ironically) conjures up musical collages of electronica, jazz and scathing bass along a backdrop of post-punk and Afro-funk beats. Uneasy listening by his own admission, but the like of which you will rarely hear.

Often chaotic and high charged, Serial Killer is a must listen for anyone slightly bored with todays music scene. Album opener Mr Death Is Dead sets the scene perfectly and the lyrical gymnastics of Tweed Creeper are fascinating. Smelly Bobby Tulip fuses 70s disco sounds with some lovely reverb touches and the rolling percussion of Fur Coat Hunter ensures there is no let-up in this infectiously entertaining collection.