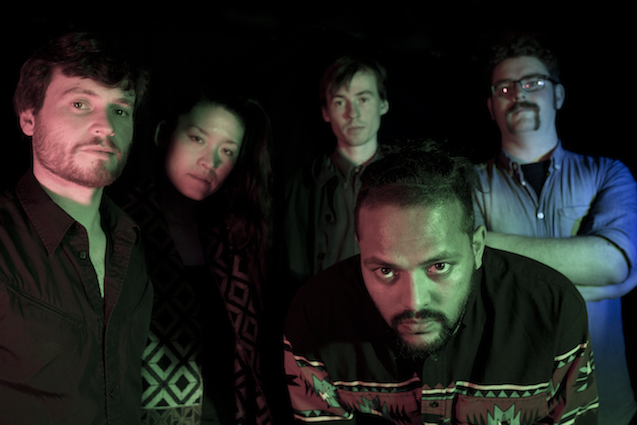 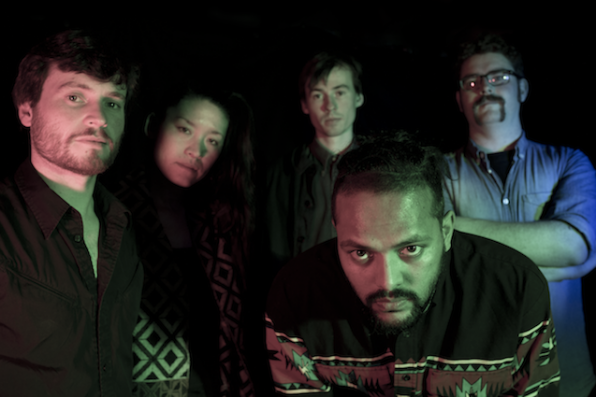 Following a stunning comeback / homecoming show in Bristol at The Exchange back in summer where they not only romped through some of the most memorable songs from their back catalogue, but also showcased material from their new album, “Shackles’ Gift” (which is due for release 26th January on Bella Union) Zun Zun Egui have just announced details of a 9-date UK tour in early March. Be there or be very, very square!

Zun Zun Egui have been around for what seems like ages now, with us at Louder Than War having been grooving to their stunning and unique fusion of tropicalia, punk funk, Afrobeat, Ethio-jazz and no wave since the end of the last decade. Live they’re a whirlwind of excitement with each gig’s denouement  invariably leaving the audience as exhausted and drenched in sweat as the band themselves. Stand still while ZZE play you can not! So to say that we highly recommend you catch at least one of these upcoming dates is a serious understatement.

The band seemed to have been off the scene for ages until that one-off show in Summer and some of us were beginning to wonder if we were ever going to see them again, especially as ZZE front person, Kushal Gaya, was obviously having such a blast with Pete Wareham’s Melt Yourself Down. But not only did that gig confirm that we definitely had not seen the last of the band, but a short conversation with Kushal also confirmed that the album we’d been hearing about was “in the can” and that they were just waiting for the runes to align and the moment for release to be most propitious before doing so. That moment, it would seem, is the start of next year.

Also confirmed at that gig was that the new music they’d been making sounds like classic Zun to us, that is a melting pot of disparate music styles all thrown together to result in a hybrid sound like you’ll never have heard before. To whet the appetite for the album even more it’s produced by Andrew Hung of Fuck Buttons, and we’re told that…

“Shackles’ Gift is the album that Zun Zun Egui have always threatened to deliver and we always believed they would”.

…which, considering how bloody ace their debut album was is really saying something!

Check out I Want You To Know, described as…

“…a funk / noise rock monster, sounding like Queens Of The Stone Age jamming on ‘Kashmir’”

…below and those Springtime dates below that.

Oh, and if you can’t wait till Spring the band are also headlining the Quietus Christmas Party at Oslo in East London on 17th December.