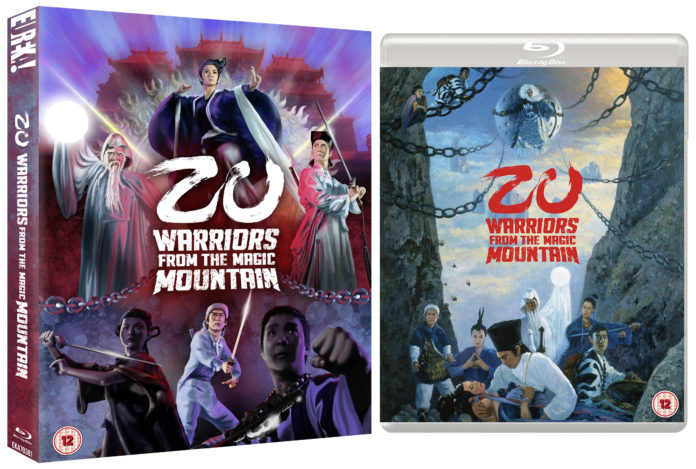 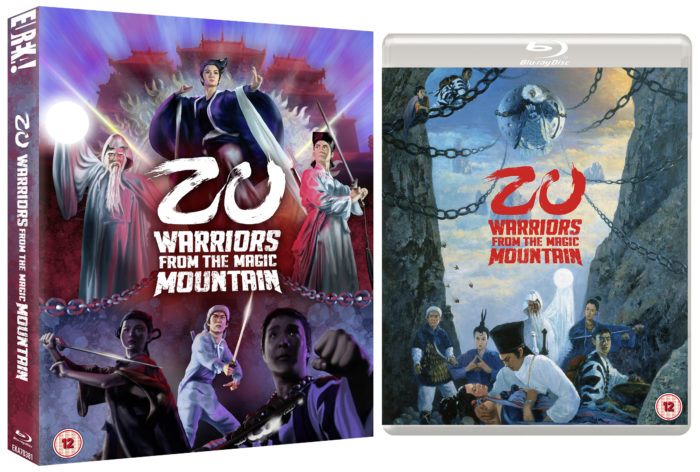 Jamie Havlin gives his opinion on a supernatural fantasy adventure often referred to as ‘the Chinese Star Wars’.

“It is in the Fifth Century,” a narrator informs us. “China has been suffering from decades of civil war and unrest.”

Yuen Biao (Wheels on Meals, Project A) plays bumbling military advance scout Ti Ming-chi. He reports back to two commanders and both have opposite views as to how their army should proceed next. One wants to attack their enemies by land, the other by sea.

Ti is ordered to lead the way. Asked who he will command, he says “both”. Asked again, he says “neither”. This inability to choose between the orders infuriates both military leaders. They finally agree on something. Ti is guilty of insubordination and should be killed. A fierce fray ensues, but he skilfully fights off a large group of soldiers who only moments earlier had been his comrades. He scarpers, chased by dozens of sword wielding troops.

While fleeing, he comes across an enemy soldier, played by Sammo Hung. They forge an uneasy friendship. Despite being near-neighbours for years, one has fought for the East Zu army while the other has battled on behalf of West Zu. As they talk, the futility of fighting for no reason other than that they’ve always been fighting becomes clear.

Unfortunately, another army spots them. Soon they’re in the midst of a battle between three separate armies, none of which they belong to. Moments before Sammo Hung’s never named character is killed, he accidentally shoves Ti hurtling down a canyon. 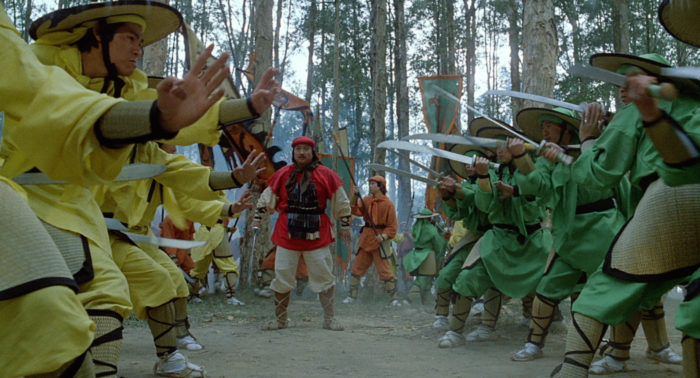 Sanctuary is found in a cave below Zu Mountain. Here Ti comes across some madcap supernatural beings with glowing blue eyes and bizarre powers beyond his comprehension. And mine too, it would have to be admitted.

It doesn’t seem to be his lucky day, but he is saved in the nick of time by a master swordsman dressed in white robes, Ting Yin (Adam Cheng). Our heroes are then attacked by (badly animated) blood crows, and as they do so they stumble upon a Buddhist monk and his sidekick. They are also engaged in combat with the blood crows, but their main worry is facing an evil entity known as the Blood Demon.

Sammo Hung reappears, this time playing Long Brows, an ancient wizard. If you reckoned Pai Mei’s bushy white eyebrows in Kill Bill 2 were over the top, you ain’t seen nuthin’ yet. Long Brows can even use his as lassoes. More importantly, he can hold off the Blood Demon by using his magic sky mirror. But only for 49 days. On the 50th day, the Blood Demon will be unstoppable and will unleash a reign of terror across the entire world.

But there might just be a way round this if the Purple and Green Twin Swords located on Heaven’s Blade Peak can be reunited. Let the quest begin. 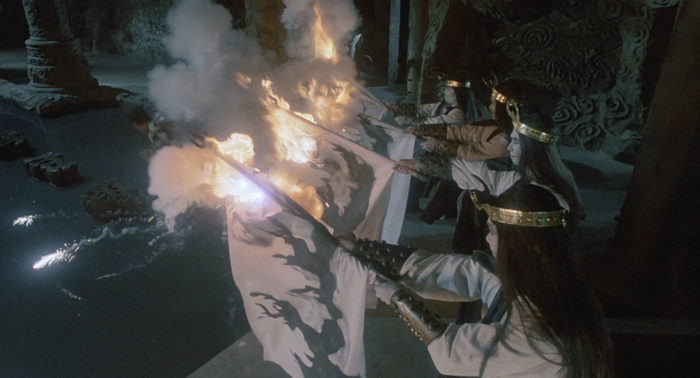 Hark’s frenetic editing style is truly on hyperdrive here. If you have a low attention span, don’t worry, you’re never far away from someone or something zooming across the screen or a sword fight. Of course, what once looked like the latest in high-tech wizardry might strike many viewers today as primitive.
On its release, though, the movie played an important role in the upping the ante for the special effects industry in Hong Kong.

A true extravaganza, Zu Warriors from the Magic Mountain has been called ‘the Chinese Star Wars’ but Star Wars is a movie that has always left me cold. Only three years earlier, Tsui Hark had been viewed as a vital force in the emerging Hong Kong New Wave cinema movement with films like Dangerous Encounters – 1st Kind (1980), and that style of cinema – gritty, contemporary and often dealing with social issues including problems affecting the younger generation – is much more to my taste.

Zu Warriors however is still a fun watch with great performances from its fantastic ensemble cast of Hong Kong stars. There is some impressive wuxia action and a number of solid comedic moments.

Special features include an exclusive select-scene audio commentary by Asian cinema expert Tony Rayns; a new interview with Tsui Hark filmed in 2020 exclusively for this release; Zu: Time Warrior [93 mins] – the export cut of the film produced for European theatres; Tsui Hark – episode of Son of the Incredibly Strange Film Show originally aired on British television in 1989 and a collector’s booklet featuring new writing on the film [2000 units].