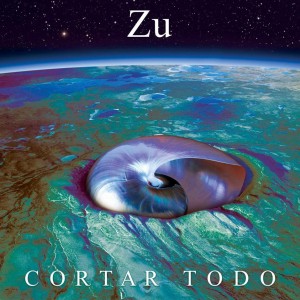 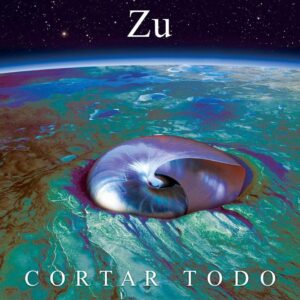 Zu’s modus operandi is an experimental amalgam of metal, math, no-wave, noise and electronics. Their latest album has just been released – see what Joshua Hart has to say about it below.

Zu totally fell under my radar, which is strange, because they sound like if Eyehategod if they were produced by Eno for that No New York record from ’78. Also, Pierre Schaeffer was there.

Look, this is a pretty shit analogy but what I’m trying, and probably failing, to say is that Zu have captured some of the sounds that I love most in music, the sludgy, metallic scraping of metal, the bratty, arty nonsense of no-wave, and the borderless, beautiful experimentation of musique concrete.

They’ve been around for nearly 17 years and put out exactly that many records. Cortar Todo is their 17th.

With a history that extensive, it’s easy to assume that Zu feels some sort of pressure to make a massive, output-defining album. The problem with these records is that they almost always end up as bombastic, inflated pieces of ego-driven garbage. I mean, have you heard Be Here Now?

So, probably wisely, Zu has decided to put out an understated, dare I say quiet album. Quiet does not mean boring, however. I don’t think Zu could do boring if they tried. The record catapults from chuggy, sludgy math metal to surprisingly-pleasant field recordings to weird no-wave sax jams without every feeling disjointed or forced. It’s much how I’d imagine the street musicians would play in Greenwich Village if New York was on fire.

Vantablack Vomitorium leans towards the metal side of the Zu songwriting style. Lots of black metal chords and comparatively little experimentation. It wouldn’t be out of place on a later-era Converge record.

Cortar Todo is perhaps at its prettiest with Serpens Cuada, a four minute piece of organic, pulsing ambience. It’s Kid A without the melody. It’s the sound of something large and incomprehensible shifting underneath the waves.

Zu’s 17th album isn’t a long record, nor is it unnecessarily experimental. Each song is a digestible little nugget of avant-garde metal that hits you in the pit of your stomach and then lets your mind wonder a while.