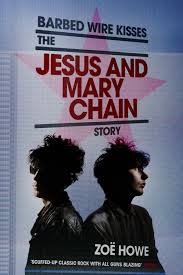 We knew that Zoe Howe’s ‘Barbed Wire Kisses: The Jesus And Mary Chain Story’ (Polygon Books) was a great book but it appears that she now has God on her side with her book bizarrely landing at No.1 Bestseller in the Amazon website ‘Jesus Biographies’ section.

Published only two weeks ago ‘Barbed Wire Kisses’ has stormed to the top of the chart displacing New York Bestseller ‘Zealot: The Life And Times of Jesus of Nazareth’ by acclaimed author and Associate Professor of Creative Writing at the University of California – Reza Aslan.

We have app[roached Amazon to ask how their charts are compiled, surely there is more to it than picking out a single word and fitting that wherever is thought appropriate? If having Jesus in your title will get you into a chart then there is hope yet for the likes of Danielle Dax ‘Jesus Egg That Wept’ album, or Ministry’s magnificent ‘Jesus Built My Hotrod’ or how about ‘Punk Rock Jesus’ – Punk Rock Jesus is a comic book limited series written by Sean Murphy and released on DC Comics’ Vertigo Comics imprint. It concerns a clone of Jesus Christ made from the Shroud of Turin, who then becomes a rebellious punk rocker.

Zoë Howe is a music author whose books include the official Slits biography ‘Typical Girls?’, ‘How’s Your Dad? Living in the Shadow of a Rock Star Parent’ and ‘Florence + The Machine: An Almighty Sound’ (Omnibus Press). She also co-authored and collated former Dr Feelgood guitarist Wilko Johnson’s memoir ‘Looking Back at Me’ (Cadiz Music, 2012). 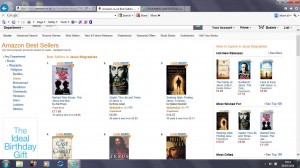 Zoë also has made music radio series for stations including the award-winning Resonance FM, and she has been heard chatting about rock n roll from time to time on BBC 6 Music, Absolute Radio and Planet Rock, and also appeared a Louder Than War’s own literary festival Louder Than Words in 2013.

Louder Than Words returns in 2014, once again taking over The Palace Hotel, Manchester