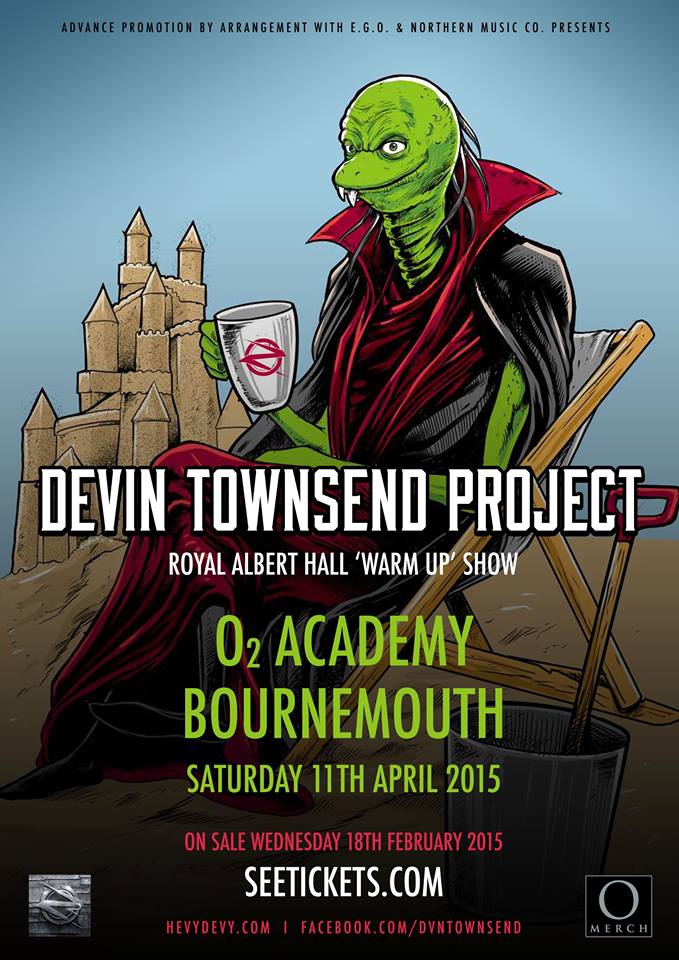 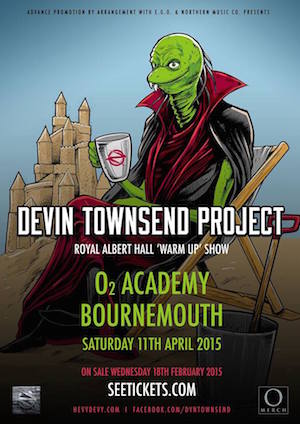 Devin Townsend Project will play a special warm-up show ahead of the band’s much anticipated “The Return of Ziltoid” spectacular at Royal Albert Hall in April. The new gig will take place on Saturday 11th April at Bournemouth’s O2 Academy.

The Canadian made a solo acoustic appearance in the town back in the summer of 2012 and it will be his first ever visit with a full band show. There will be no support acts but it will include two DTP sets, one based on the tales of coffee-obsessed alien Ziltoid and another made up of fan favourites from Devin’s back catalogue.

Tickets for the London event sold out in less than two days when they went on sale last year. However there are a very small number that are now available via the venue’s website.

The band will also play three standard format shows at the end of March with American prog metallers Periphery and Norwegians Shining.

The posters for the show are pretty neat – check them all out below: 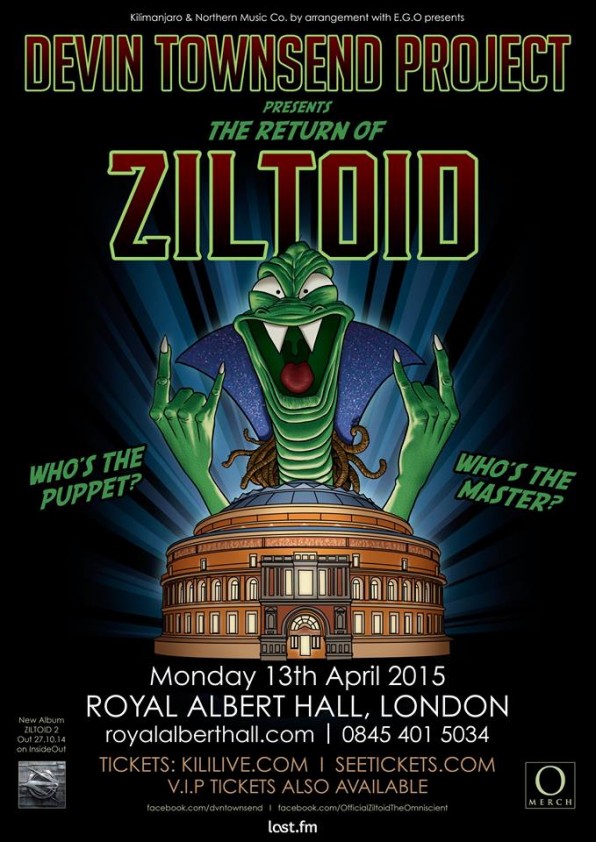 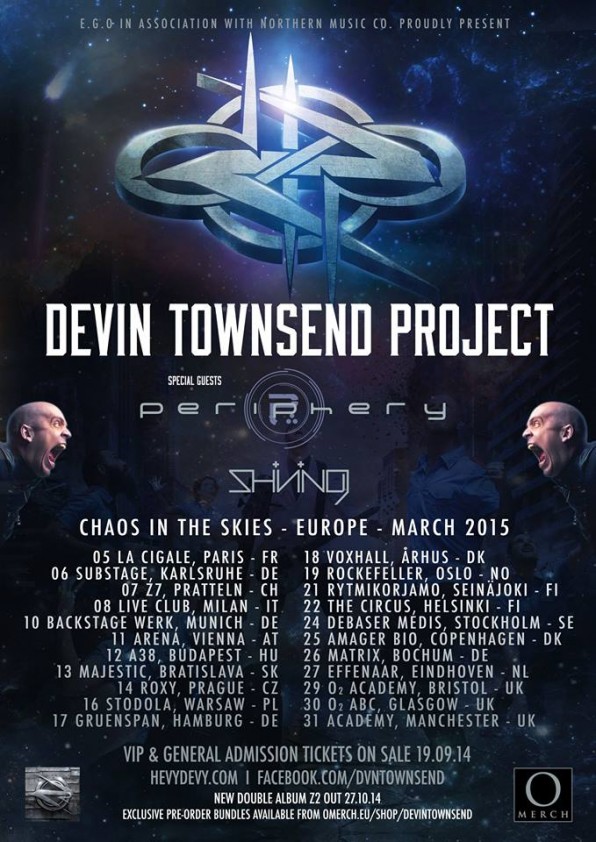 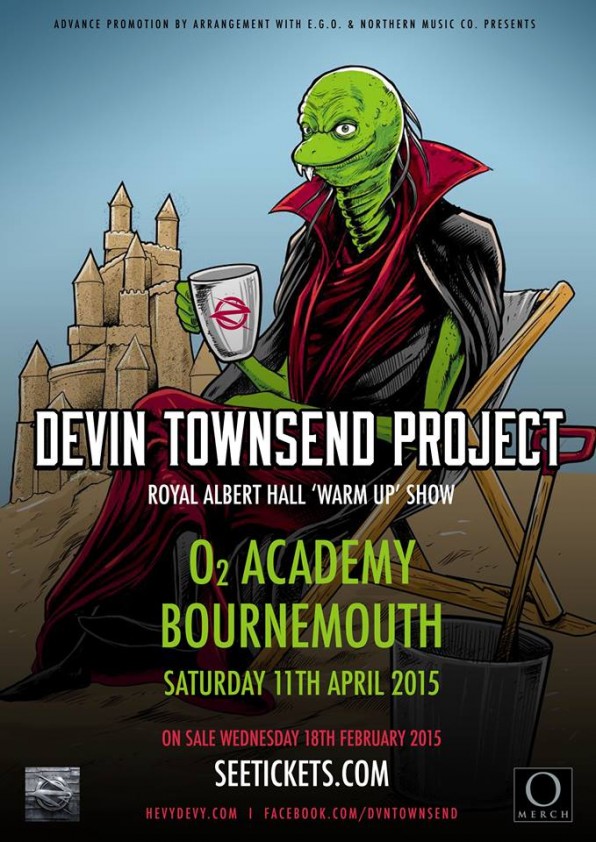