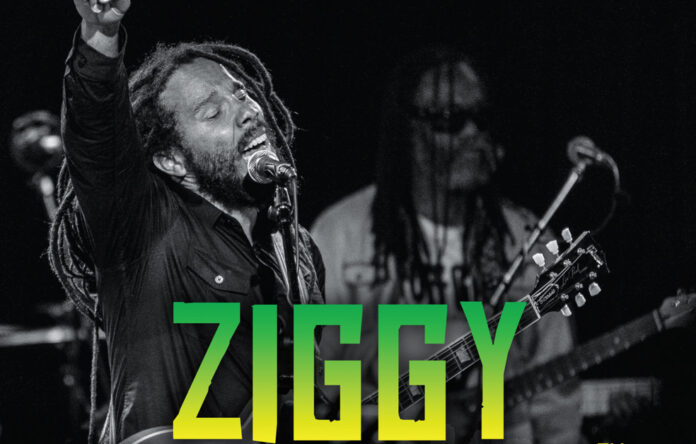 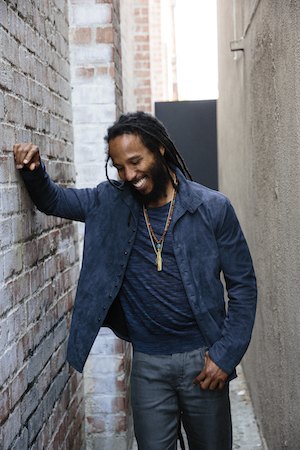 With Grammy award winning reggae artist Ziggy Marley about to release his new album, Fly Rasta, on 14th April we thought it’d be a good time to sit down with him and find out just what his top ten favourite albums are.

Fly Rasta promises to be another success Ziggy, a man who’s already won six Grammys including one for his last album, ‘Ziggy Marley in Concert’, which won “Best Reggae Album”.

Fly Rasta is Ziggy’s 5th studio album and it will quickly be followed by a London headline show at Electric Brixton on Wednesday 23rd April, for which tickets are available here. More details about this will appear in a following post along with a competition.

The press release about the album says:

Along with pushing musical boundaries, the album is a call for humans to come together, support one another and treat Mother Earth with care and respect. Marley has been a strong advocate for the environment, the overall health of the planet and its inhabitants. He is a long-time supporter for the industrialization of hemp and recently launched his own line of GMO free, organic coconut oils and hemp seed snacks.

Deeply collaborative, the album demonstrates a confidence in Ziggy Marley’s work that can only come from someone very much at the top of their game. It’s as powerful a call “for humans to come together, support one another and treat Mother Earth with care and respect” as you can get.

Fly Rasta is available for pre-order exclusively at ziggymarley.com.

The album design was so cool. First “interactive” design for an album, I remember it.

First album I bought when I bought my first stereo. That stereo changed my life.

This album introduced me to Afrobeat. Changed my idea of music.

My Mother’s album, it’s one of them best albums I’ve ever heard.

This album was like my introductions to the struggles of Africa.

I used to listen to Sam Cooke all the time growing up. It’s a part of my life.

Most energetic music I’ve ever heard. This music introduced me to the energy possible in music.

A very special album that has been in my playlist for many years.

Stevie is just an inspiration.

Rhinestone Cowboy was an album and song I listened to all the time when I was really young. I remember it to this day.