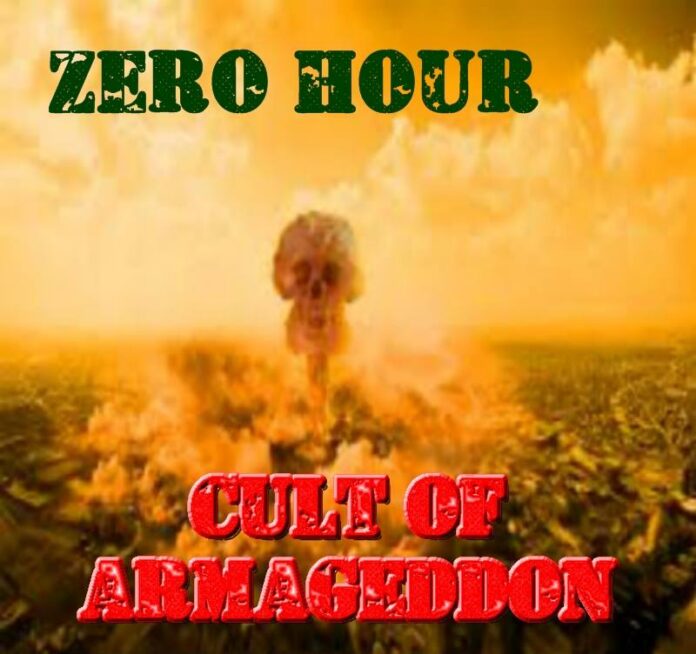 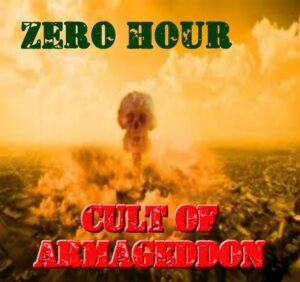 Glaswegian end-of-days punk crew are back with a rattling good new album.

With half of Zero Hour in Glaswegian Southsiders Razorblade Smile (reviewed here) and the other half no doubt in other bands, it’s always amazing how these grass roots albums ever get made. RS are currently gigging and recording regularly, and like much of the Scottish punk scene, band members seem to be interchangeable on a regular basis.

I’ve been hearing good things about Zero Hour and this new album does not disappoint. Think Motorhead, think ANL and think The Mob. Strait Outta Babylon opens the album and cut-throat guitars and frontman Roddy’s strangled growl head straight to the heart of the matter. It’s street punk, it’s raw rock and roll and it’s DC hardcore all rolled into one blistering salvo.

With drummer Davy and bassman Ricky locking together, Zero Hour are a tight unit. Guitarist Gordy has a succinct and spare style and in songs such as State Of Decay one can hear hints of Fugazi and early Black Flag in his playing.  The production on the album is surprisingly crisp given the DIY nature of the recording and it’s testament to the skill of the musicians that there’s little fat on the bones of these abraded songs. Of course, there’s social commentary aplenty but it’s not your typical lyrical punk-bore-fest; Dungeon has a cheeky glint in its eye and Hell In A Skin Suit is all kinds of charging, good fun.

With their theme song Zero Hour and a rather splendid run through of Motorhead’s own self-titled paean to self-destruction closing the album, the lads have fashioned a record that takes the best of Glasgow punk rock sensibilities and batters them senseless with a raw rock heart and their own boisterous personalities. Name checking Buckfast, Stella and Strongbow on the cover art in the “thanks” section kinda tells you all you need to know about the philosophy of Zero Hour.