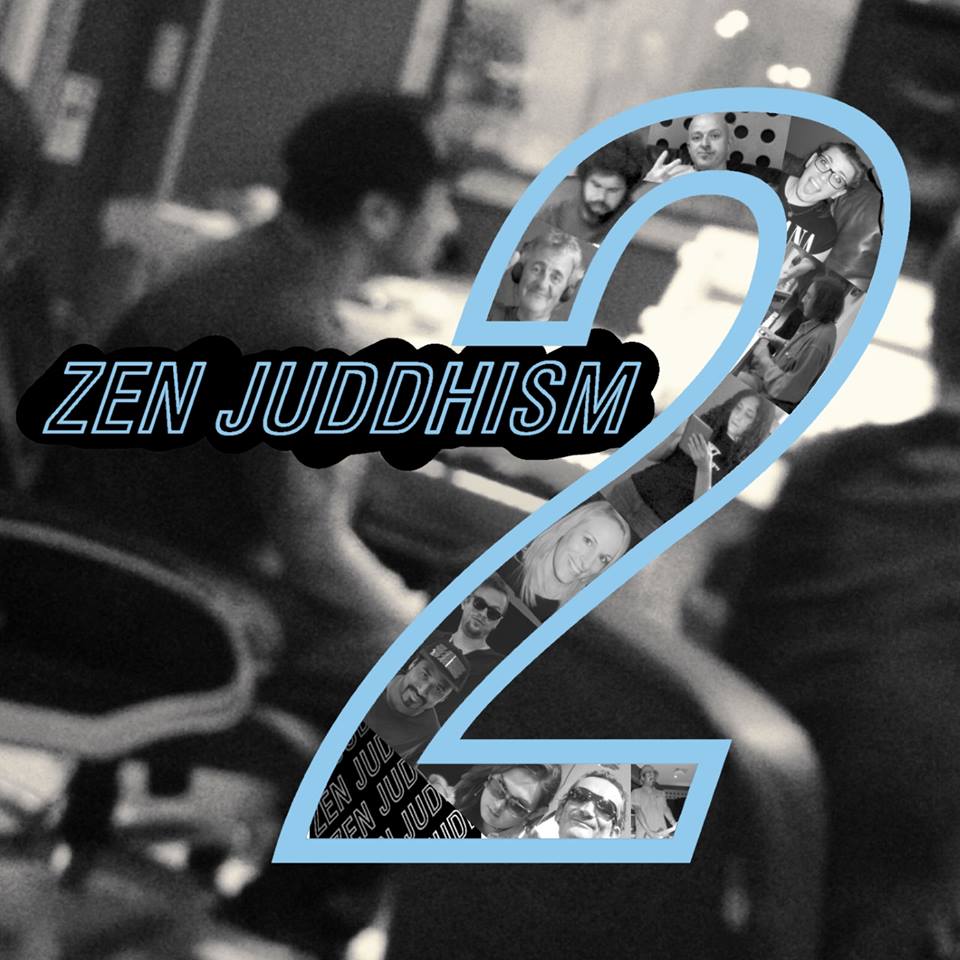 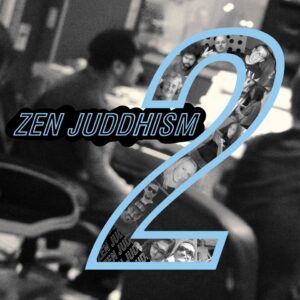 Jude Ωne Eight is the man. Guitar-player extraordinaire and a man who makes things happen.  He assembles musician friends and a host of singers in Southampton and makes music and releases it himself.  He’s one of those shyly charismatic people you just can’t help liking…. but he has terrible taste in music (as far as I’m concerned)… Led Zeppelin,  Cream, Big Country… and as a result his Zen Juddhism band can  sound a bit ‘FM Rock’,  AOR,  Soft Metal,  American Country … not really the kind of music I listen to.

(A conversation, which may have happened)

The Scene -The Alex beer garden, Sunday evening. Dan O’ Farrell is playing (looking more like a Southampton Michael Stipe every time he plays) – performing a song about audiences talking whilst acoustic acts play. It’s called ‘Shut the Fuck Up’. He ends it abruptly when a bloke walking to the toilet appears to be heading his way looking angry.

(Jude)   “Alright man? Do you think you could review my new album for Louder Than War?”

(Ged)    “I’m not really a fan of ‘Classic Rock’ maan, I’m sure it’s really good , but I’m not an authority on Reo Speedwagon, Boston and Europe, y’know?”

“That’s not what it’s like all. The influences are right across the board. There’s gonna be a coupe of tracks you will like I guarantee”.

“I’ve got my punk rock credibility to think about maan.  I’m a kinda purveyor of taste y’know.  The go-to man for cutting edge sounds that inspire revolution…  Have you read my interview with my good friend John Lydon? ”

“Yeah it was good, but I really liked the stuff you did back in the Eighties”

“You Bastard, I DO NOT LOOK LIKE BOB GELDOF!”

Anyway. I agreed to  review his album. And he was right. Half of it is great. Mellow, without being bland. Some great lyrics and tunes that stick in your head. Sterling guitar-work, reaching James Dean Bradfield type heights at times.

There are four guest female singers who take turns at lead vocals and four dudes and a ‘heavenly being’ called Yui Waritsara Karlberg who is main vocalist for the Subwave Network uk and a solo artist (Ethereal).

The overall impression is a laidback, sunny-day, ‘driving music’ feel with a definite transatlantic flavour. Sheryl Crow and Slash making an album for fun.   Lolloping country gives way to some crunchier heavy guitar and the odd funky and reggae influences.  Then there are a few curveballs lyrically.  ‘They Live’ is about how the Cult Movie is starting to seem more like a documentary about modern times and All Our Leaders concerns the hidden Reptillian race who control us.  Vocalist Marco from Lizard Royale gives a fine characterful vocal performance, (Get well soon Marc, everyone is rooting for ya).

My personal favourites on this slick, extremely well-produced album though are the Belinda Carlisle type power-pop numbers idk (I don’t know) and No-one Buys Music.  The latter has a solid gold riff and lyric which all semi-pro musicians and vinyl fetishists will relate to.  “It’s like it happened overnight and it blows my mind / Killing the industry one free download at a time “.   Have a listen (above).

The female vocalists Pammie, Marlene and Naomi are all great singers who avoid that modern r’n’b thing of over-singing, trying to cram in too many notes up and down the scale and wibbley-warbley bits, which I guess is why it sounds nice and traditional, nay, old-fashioned in a Go-Go’s, Ronnie Spector kind of style which always appeals.

There’s nothing wrong with the male vocalists, but Trent Reznor and the Beach Boys are a couple of the musical blind-spots I have.  ‘Murder of Crows’ is a great title though and a moody leathery rocker.

Ten of the eleven songs clock in at the average three and a half minutes but Journey To the Centre is an eight minute would-be epic of Queen-like proportions, but over-reaches itself….

Judes guitar playing is great throughout the album. The fact that he is a completely non-egotistical artist is proved by the seventh track, ‘All Of It’,  which just consists of vocals and a string quartet.  His guitar-parts have been left off  completely as he decided it sounded better, or more striking, without them.

Although not to my tastes, this album is a labour of love and would sound great on those drive-time commercial radio-stations which churn out ‘the hits from yesteryear’.  It’s not that it sounds ‘old-fashioned’ necessarily, more the fact that since Kurt Cobain wrote a song called ‘Radio-Friendly Unit-Shifter’, this kind of mainstream rock has been deemed ‘uncool’ as it’s not ‘rad’ enough.

There are some great radio-friendly songs on Zen Juddhism 2. It’s modern, ‘classic rock’ with enough idiosyncratic personality to make it stand-out from bands of a similar ilk from around the UK.