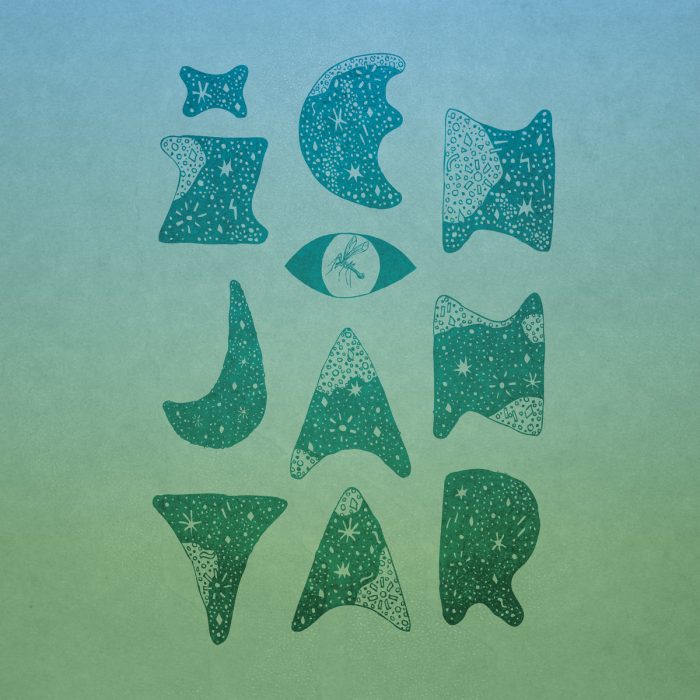 It’s funny how the conversations you have seem to guide, or inform you about the music you eventually get attached to. A good example are two scenarios that concern Žen, a “queer shoegaze” band (their Bandcamp tags not mine) from Croatia, whose music is the subject of this review. The first time I came across them was through a set of emails, all sent on the same day from various Balkan friends; all urging me to check them out at MENT festival in Ljubljana, where they were playing. Fair enough, one was courtesy of their new record company, Moonlee. But appearing all at once in my mailbox? It felt like a sign, but a good one as it turned out, as the sumptuous audio-visual show at MENT was worth it; revealing Žen to be one of those incredibly simpatico acts that you can’t help but immediately fall in love with. But less predictable pointers followed. Whilst I was stood in the cold of one of the outlier buildings of the Van Nelle fabriek (during Art Rotterdam 2017) I got talking to a Croatian girl who revealed she was a huge fan of the band. Now, Zagreb may be a very small scene but these kinds of serendipities get lodged in your mind.

Having gone a bit overboard on them (and listening to Jantar on repeat since February), I embarked on a listening splurge through the rest of their their back catalogue. Their other LP to date, 2013’s I Onda Je Sve Počelo, is another (maybe frailer) marvellous, guitar-driven collection of wistful gestures and Old World magic. But there is something that always pulls me back to this LP, Jantar. It has something that is utterly compelling. These songs aren’t rocket science. Maybe it’s hidden in specific moments of pure unadulterated grace and compassion.  Take the switch from Math rock workout to a gentle Goth weepie during Žal. Or the glorious chiming lead patterns kicking in on Slava Raškaj and Išao Sam Negdje, Bila Sam Svugdje – two ridiculously “raga” mopes with twists and turns that throw a whole heap of mid-late 80s recollections your way. Or that magical bit five minutes in on the last track on Jantar, Slavenska Bajka, where the female voice comes in develops into the rock lullaby to end all rock lullabies.

At times there’s also a distinct feel of Walk Across the Rooftops-era Blue Nile or Sons and Fascination-era Simple Minds (not the sounds, as they couldn’t be more different). No; it’s the feel that’s the same. A stately, elegant parade of sonic elements, carefully and patiently assembled for your discrimination.

An aura of reserve (or maybe a collective diffidence) hangs around the band. I’m not sure it’s something they’re that bothered about projecting that reserve as a “thing” in itself, to be “cool”. Rather a much-rehearsed defence mechanism to deflect the same old boring questions about how their gender (like wowee they’re all women) has a bearing on their music. This reserve does have a relevance here though. I think their collective experiences have added a patience and an simple elegance to their sound. And it’s really something to be treasured. Check them out.