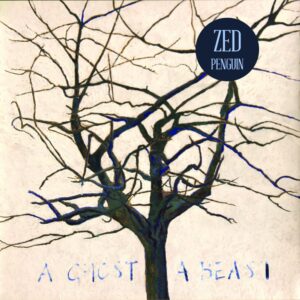 The Source of My Dreams

Louder than War’s Ioan Humphreys has a listen to some experimental and unsettling sounds from Song, by Toad’s roster in the form of Zed Penguin.

Zed Penguin started in the winter of 2004 when Aussie traveller Matthew Winter found himself in Edinburgh, Scotland making music on a four-track recorder and putting them up on MySpace under said name. Soon after being absorbed into the thriving live music scene of the city, Zed Penguin became a four-piece that also included Japanese composer Atzi Muramatso on cello, James Metcalfe (The Pineapple Chunks) on bass and Casey Miller (STONES) on drums.

However, a brutal attack on Winter in his beloved adopted city would temporarily halt the momentum of the releases and also dramatically change the creative process with which Winter drove Zed Penguin. Months of recuperation and rehabilitation later and fast forward to 2018 and Edinburgh label Song, By Toad are readying the release of Zed Penguin’s long awaited debut LP A Ghost, A Beast on 23 February 2018.

Ahead of its release, the video for one of its lead tracks can be seen here. The cryptically titled The Source of My Dreams  is an incredibly dense and unsettling piece of music which is accompanied by an equally sinister and striking set of visuals.

Talking ahead of the release of the album, Winter says “It makes me feel good that something good could happen after such a disaster. So it took a lot longer than it should have, but I finished it and it’s the best thing I’ve ever done with my entire time on Earth.” Beautiful stuff.