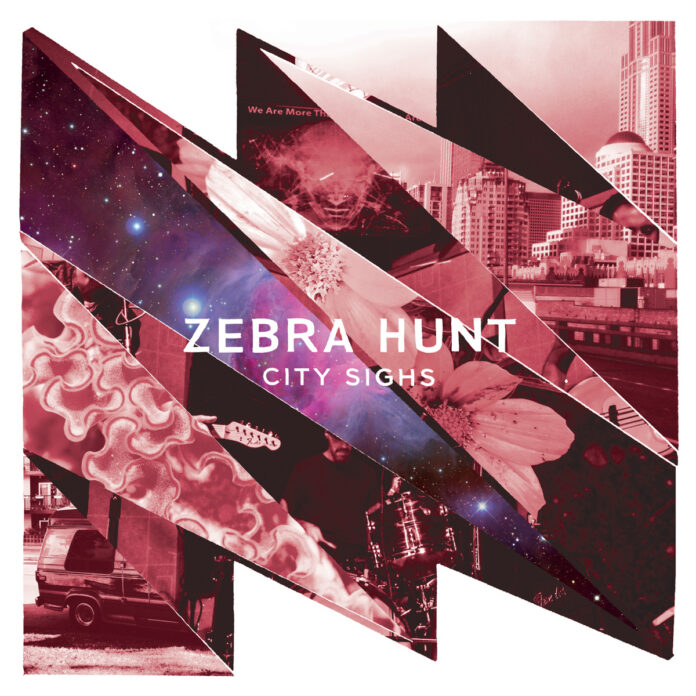 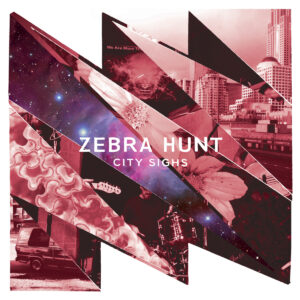 This Seattle trio are something of an enigma; more Dunedin or Dolewave than Seattle Grunge or Rock, here they release a rare, fully formed debut that masks more miles on the rock clock. Damnably’s George Gargin reviews their new album for Louder Than War.

Main man Robert Mercer sings, writes and plays guitar in Zebra Hunt, who formed in 2012, but for over the last two decades he’s been the bassist in the critically acclaimed Joel RL Phelps & The Downer Trio.

ZH cite 80s Flying Nun acts, early Go-Betweens and The Clean as influences and the smart writing on offer riptides the heart along with the best of Forster and McLennan. Economical arrangements allow these catchy, upbeat cinematic pop songs to breathe. That the 12 songs on the album had been road tested live prior to recording helps make for a fluid, vital sound. The succinct (mostly under three minutes) tracks offer up allusive vignettes, glimpses of sticking points in relationships with just enough detail to create a hook and lure you in.

’20 Ways To Belong’ dwells on those tricky adolescent identity shopping years, while ‘Isle of Songs’ is a little like a less A-spectrum smog, circa ‘Kicking a Couple Around’:

“you said too little, I said too much

but I’ve already got this suit on, and I’m waiting for you to come home.”

Album closer ‘Haze Of Youth’ (above) is a five minute twinkling pop epic that ends with guitars breaking up on the boulders of a distant cognitive shore, different from the one you started out listening on.

Zebra Hunt like an increasing number of American bands and record labels are fans of the new wave of Australian pop/punk such as Dick Diver, Twerps or Boomgates and their shared influences mean ‘City Sighs’ fits snug within that cannon. Indeed, it sparkles like Dick Diver’s perfect summer album ‘Calender Day’s’, and weirdly now that the Guardian has such a thing, this is a contender for The Guardian’s  ‘Australian album of the year’.

For the Silkworm  fans who’ll eventually stumble upon this, it continues a rich saga stemming from that difficult to pin down Montana quartet composed of three differently super-powered singer songwriters and an incredible drummer. Over the years each new branch from this trunk has come to represent a resolute, independent voice of ‘golden intonation’.

Zebra Hunt are on Facebook and City Sights can be listened to / bought from Zebra Hunt’s Bandcamp.

All words by George Gargan. This is George’s first article for Louder Than War. George is also the boss of Damnably Records (who aren’t releasing this album!).