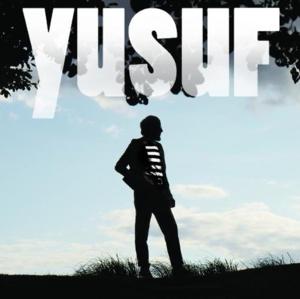 Since his return on the music scene in 2006, Yusuf Islam has maintained a steady pace with 2 well received albums  : An Other Cup and Roadsinger and a musical called Moonshadow (less well received). Though these recordings didn’t reach the heights of his early seventies output, they showed that despite the 28 years between that separated Back To The Earth and An Other Cup,  his talent for writing memorable songs hadn’t diminished. Tell Them I’m Gone marks the first collaboration between Yusuf and american producer Rick Rubin. Since rejuvenating Johnny Cash’s career in the early nineties with the American Recordings albums, Rubin has laid his golden touch on artists as diverse as Neil Diamond and Black Sabbath. His credo seems to be “do what you want to do” and let the artist record in whatever way he feels the most comfortable with.

This effort is definitely a more stripped down affair than his previous two come back LP’s and boasts a more organic sound. Surprisingly for such a renowned songwriter, the albums is half covers and half originals. Most of the songs have a bluesy feel particularly the opening number I Was Raised In Babylon and Editing Floor Blues, a song that references the 1989 controversy around his comments on Salman Rushdie. Islam’s new found love of the blues isn’t a total success down as his vocals  aren’t particularly tailored to this style of music that necessitates a certain gruffness. The album is more successful when he goes back to what he does the best which is melodic folk rock. The best song on the album is the Edgar Winter Cover Dying To Live which is an absolutely perfect fit for Islam’s voice (it could easily pass for an original). The jaunty Gold Digger sounds like a Ray Davies song with its sprightly chorus and works wonders while and anthemic cover of Procol Harum’s The Devil Came From Kansas also hits the marks. Tell Them I’m Gone isn’t a perfect album but it shows that the artist formerly known as Cat Stevens hasn’t lost his inspiration.

Further info on Yusuf’s can be found on his official website: https://www.yusufislam.com or on his Facebook page.