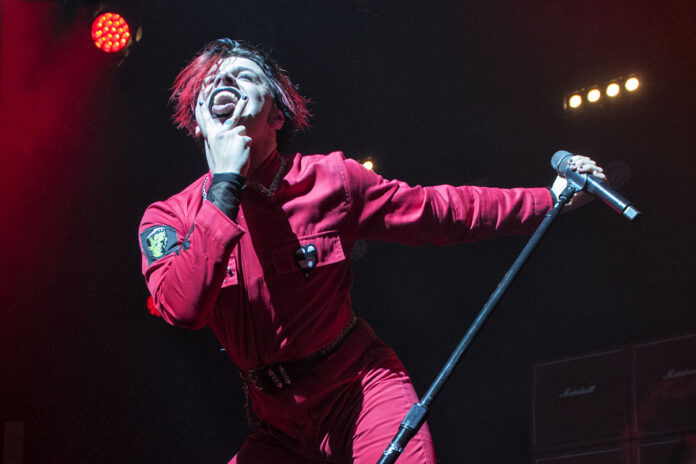 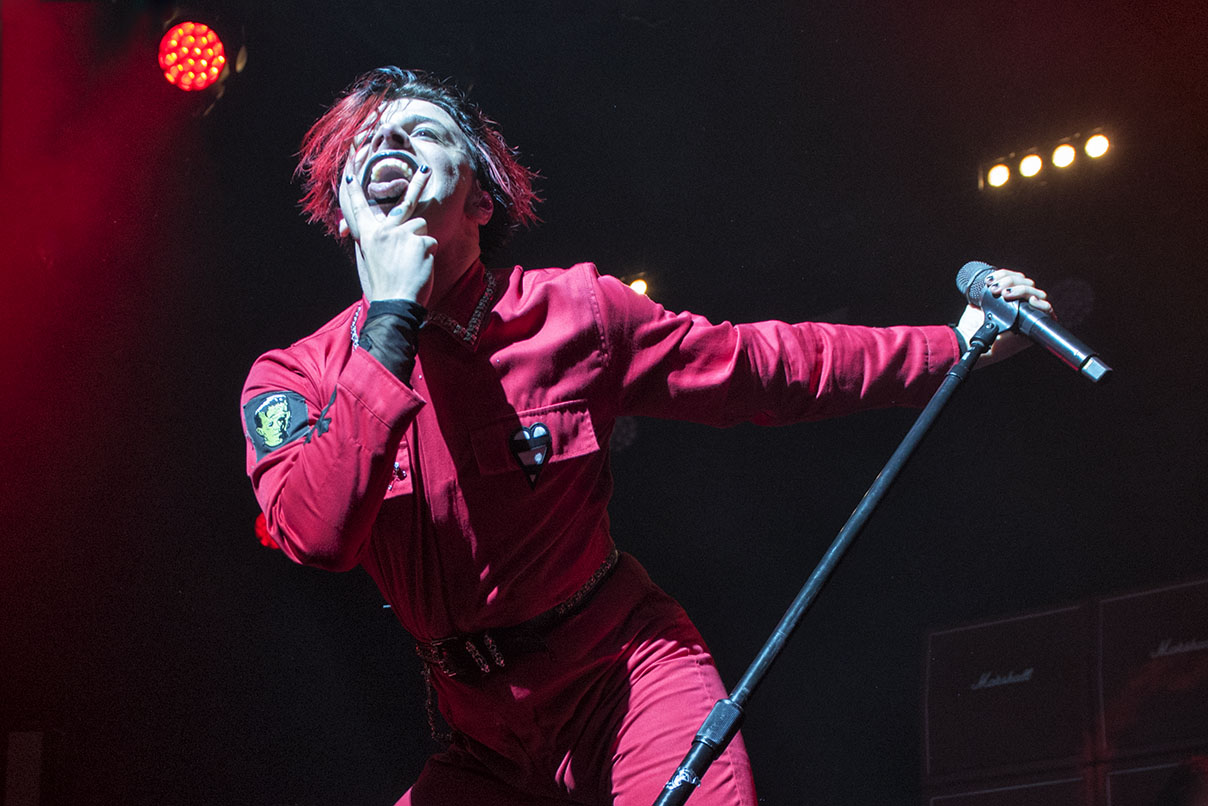 Every generation needs its own hero and 24-year-old Dominic Harrison AKA Yungblud proved during his two-night residency in Manchester as part of his ‘Life on Mars’ tour that he is more than worthy of that accolade. Louder than war’s Martin Mathews and Melanie Smith joined 3500 excited young fans for a truly high octane night.

From the moment I joined the long queue outside, the atmosphere and excitement was palpable. Yungblud’s Black Heart Club fans had been out in force from the previous night, camping out to get a good spot at the rails. Since bursting onto the scene in 2018 Yungblud has gained quite a reputation for his exciting live performances and he has a huge, young and very devoted fanbase, all of those in attendance were dressed to impress and ready to party.

First onstage and tasked with warming up the baying crowd were scouse street poets Stone from Liverpool, featuring Finley Power on vocals (the son of Cast’s John Powers) definitely a chip off the old block with a fine pair of lungs indeed. This was a great set from this very energetic young indie band, that the audience seemed to thoroughly enjoy. 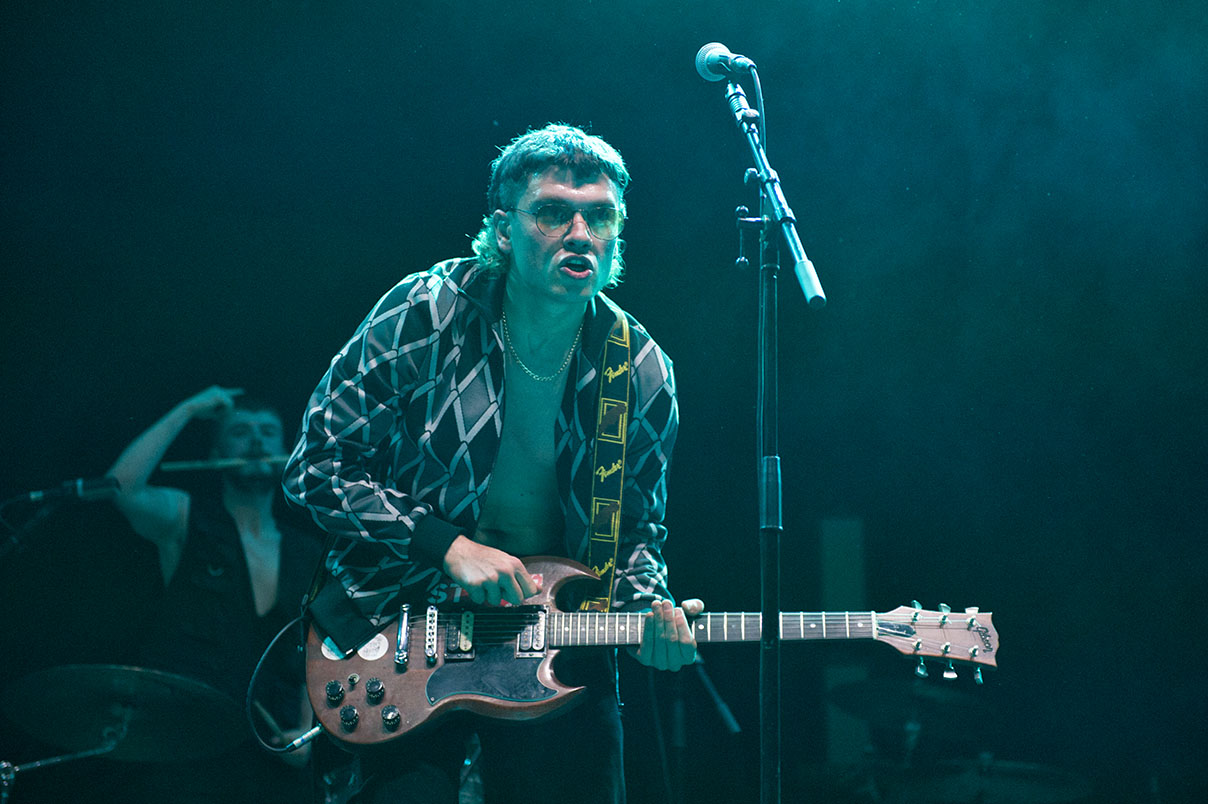 Next up was Lauren Isenberg AKA renforshort, a Canadian singer-songwriter from Toronto. During her short set, she charmed the audience, exuding confidence and stage presence that belied her young age. Renforshort is definitely one to watch and I will be checking out her music further, proof if ever it was needed that it’s always worth getting to shows in time for the support act! 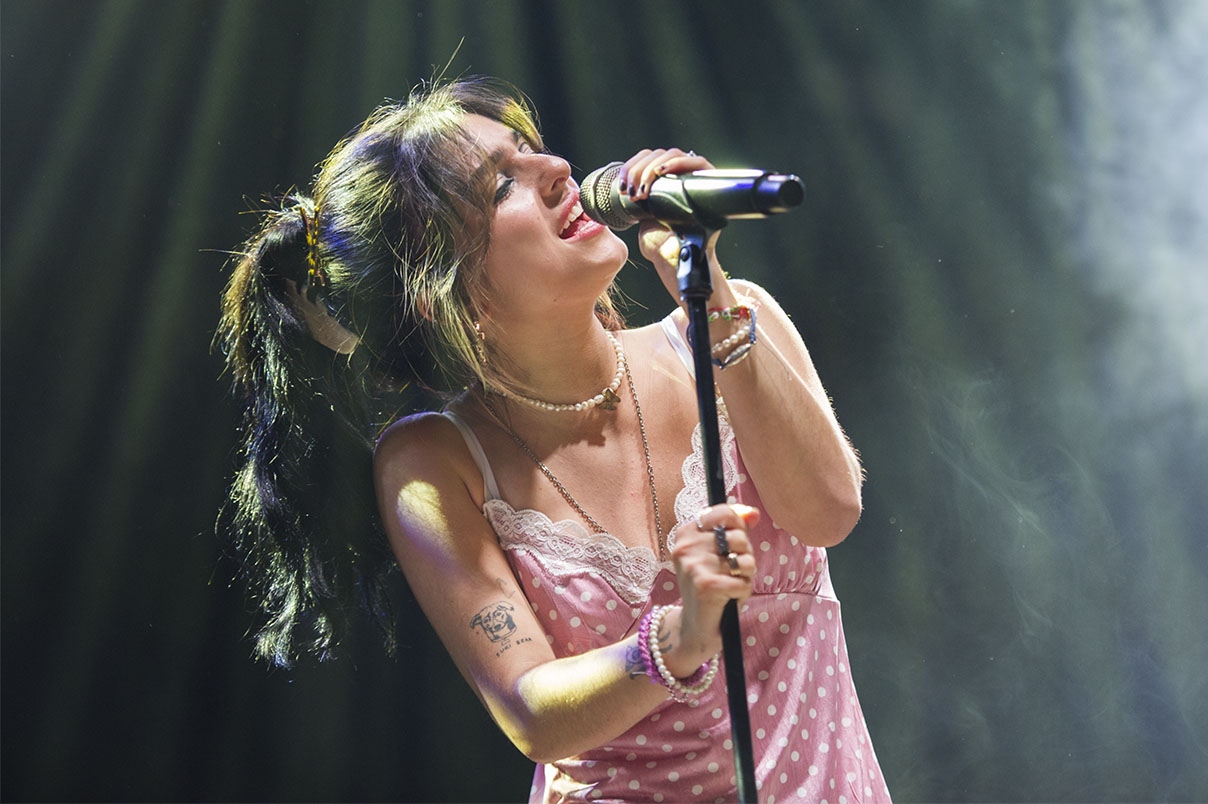 Shortly after 9 pm the venue was plunged into darkness, the crowd was ready to explode, deafening screams and repeated chants of Yungblud, Yungblud, Yungblud filled the venue. By this point, the atmosphere was intoxicating and hero-worship like. A pair of bright red lips appeared on the black curtain that shrouded the stage, asking four questions of the audience, each one answered by a deafening roar, then “make some fucking noise” the curtain fell, stage bathed in light. Doncasters Yungblud appeared grinning from ear to ear, black lipped, wearing a red jumpsuit and matching red creepers. And to think he still gets anxious worrying that no one will turn up at his gigs! 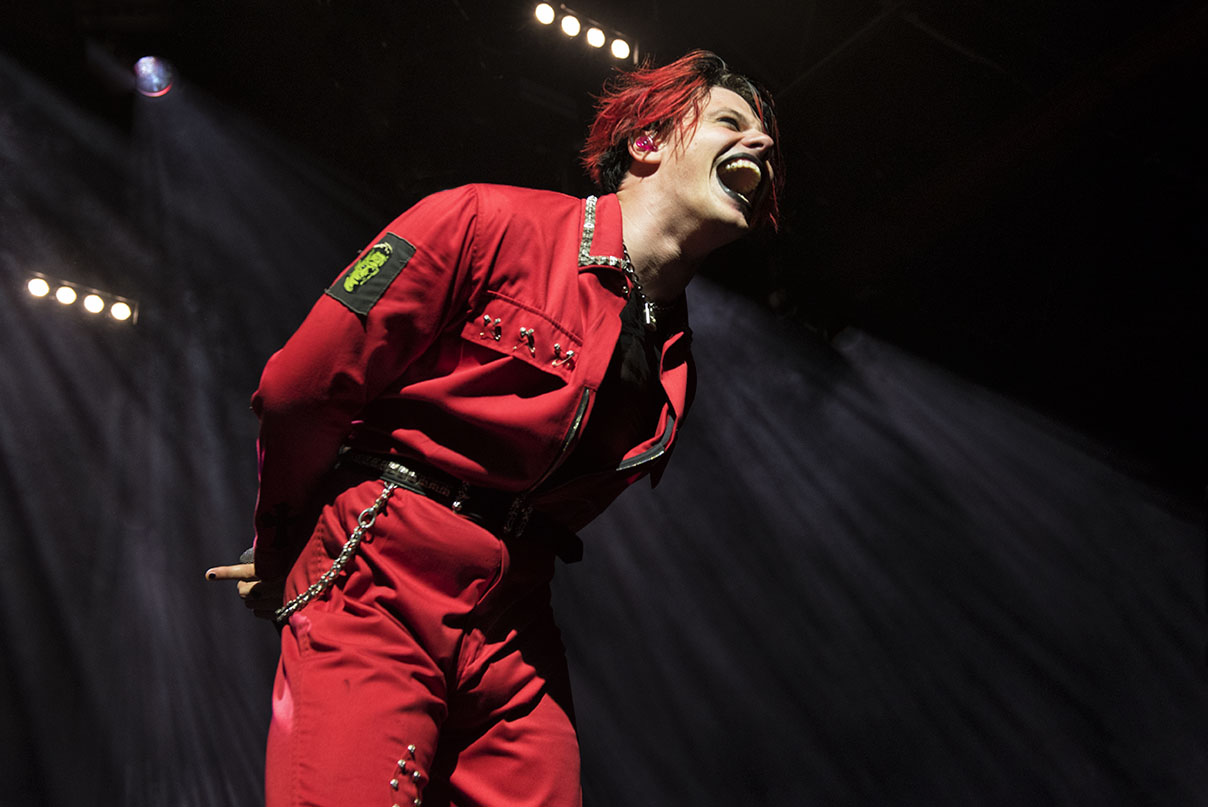 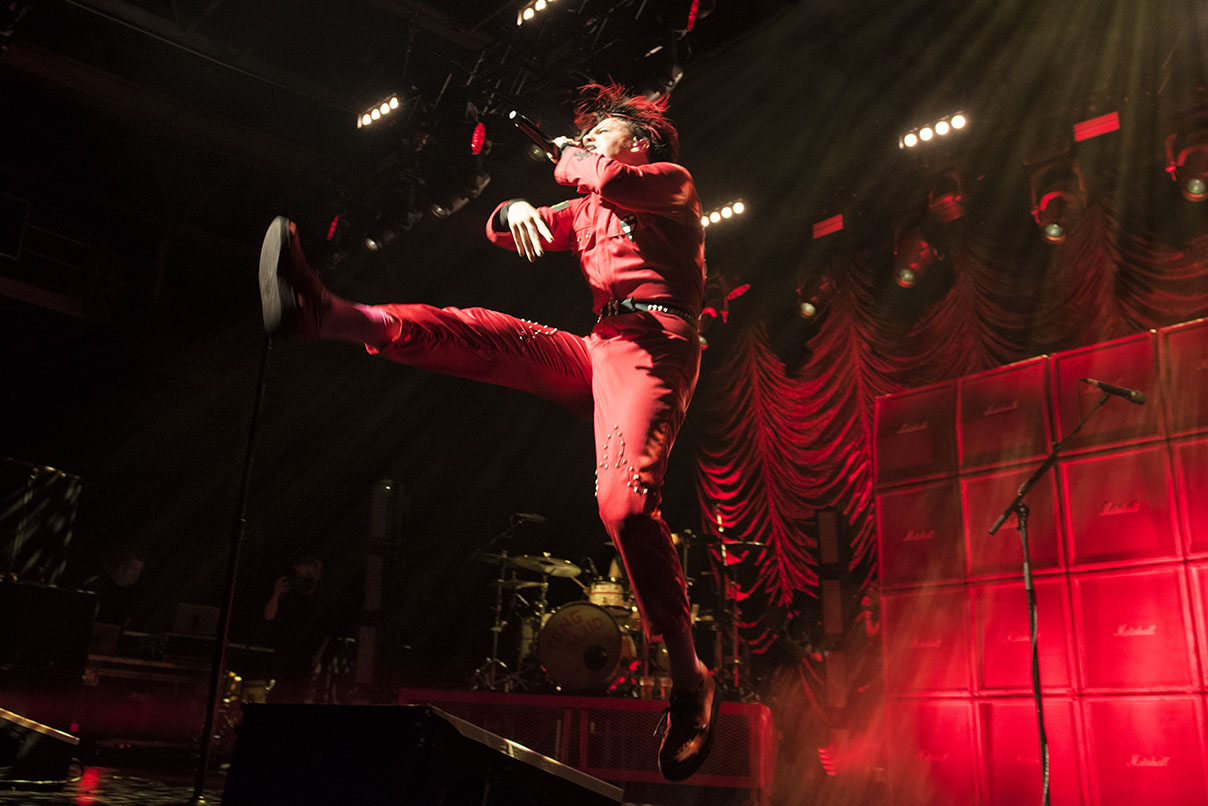 From the off his energy onstage was relentless, charging from one side of the stage to the other whipping the young sweaty crowd into even more of a frenzy, resulting in a few fans being hauled out from the front due to fainting. Yungblud delighted his audience between songs by engaging with them, telling them that they are his family, that everyone should look after each other and “this is a safe space”. Blowing kisses throughout and sending messages of love, acceptance and equality, from someone who is poised to become the superstar of this generation.

It is easy to identify influences, with his grunge, punk, rock-style anthems, but Yungblud is very much an individual, a unique performer, bucketloads of talent, charisma and energy by the bucketload. Yungblud will easily fill arenas in the not too distant future, expect theatrics and more high octane performances.

Sadly public transport issues forced me to leave the gig before the end, but I can only imagine the noise and energy levels in the venue as the gig reached its climax. I left the venue feeling exhilarated and alive; as if id been punched in the face (in a good way).

Strawberry Lipstick
Parents
Superdeadfriends
I Love You, Will You Marry Me?
Anarchist
Mars
Weird
Fleabag
Ice Cream Man
Loner
Love Song
I Think I’m OK
Teresa
God Save Me, But Don’t Drown Me Out
Machine Gun