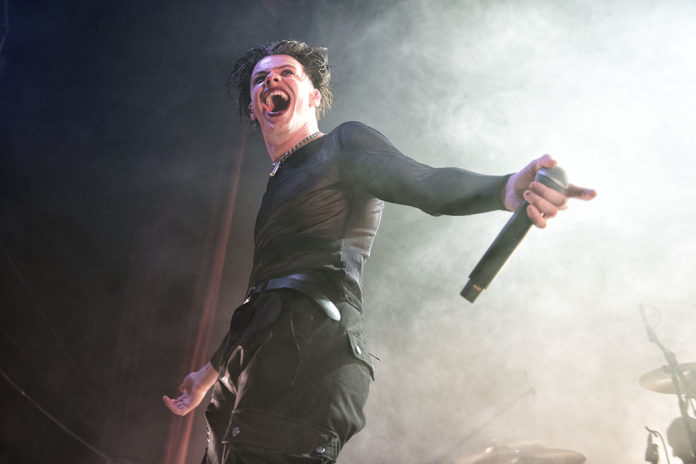 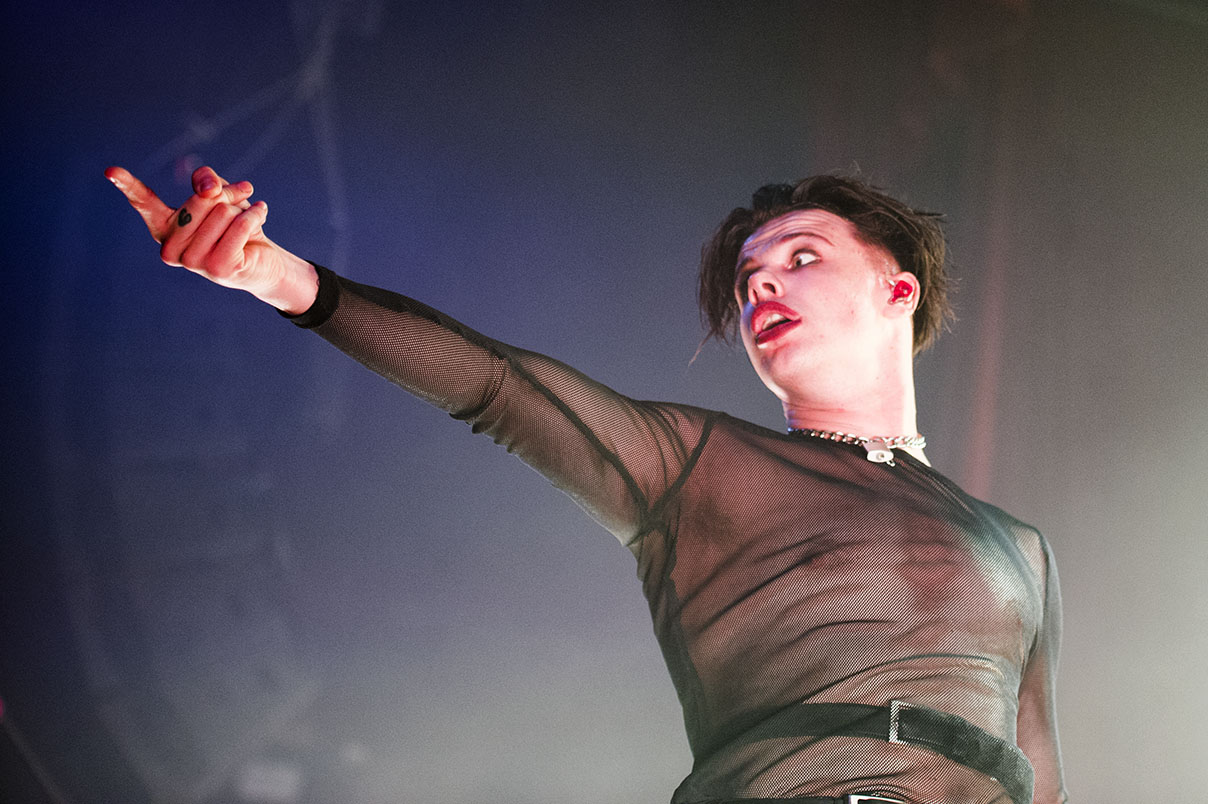 Jake Breeze makes his LTW debut reviewing Dominic Harrison AKA Yungblud, one of the UK’s most exciting youth icons, currently selling out his UK shows everywhere, including a US tour a few months ago. A short residency (three) special London shows has just been announced at O2 Forum Kentish Town on May 26th, 27th and 28th 2020. On top of this, he recently released the EP ‘The Underrated Youth’.

Suburban youth in the UK needed their icon and Yungblud is that icon. It’s very easy to become cynical about music as you get older, to look at the teenagers of the 2000s as hordes of phone-addicted, attention-deficit wasters. Nothing could be further from the truth. I’ve had a hunch for years, but last night confirmed it. They are going to achieve things that the generation above them has only been able to sniff at and this gig was a showcase of proof. 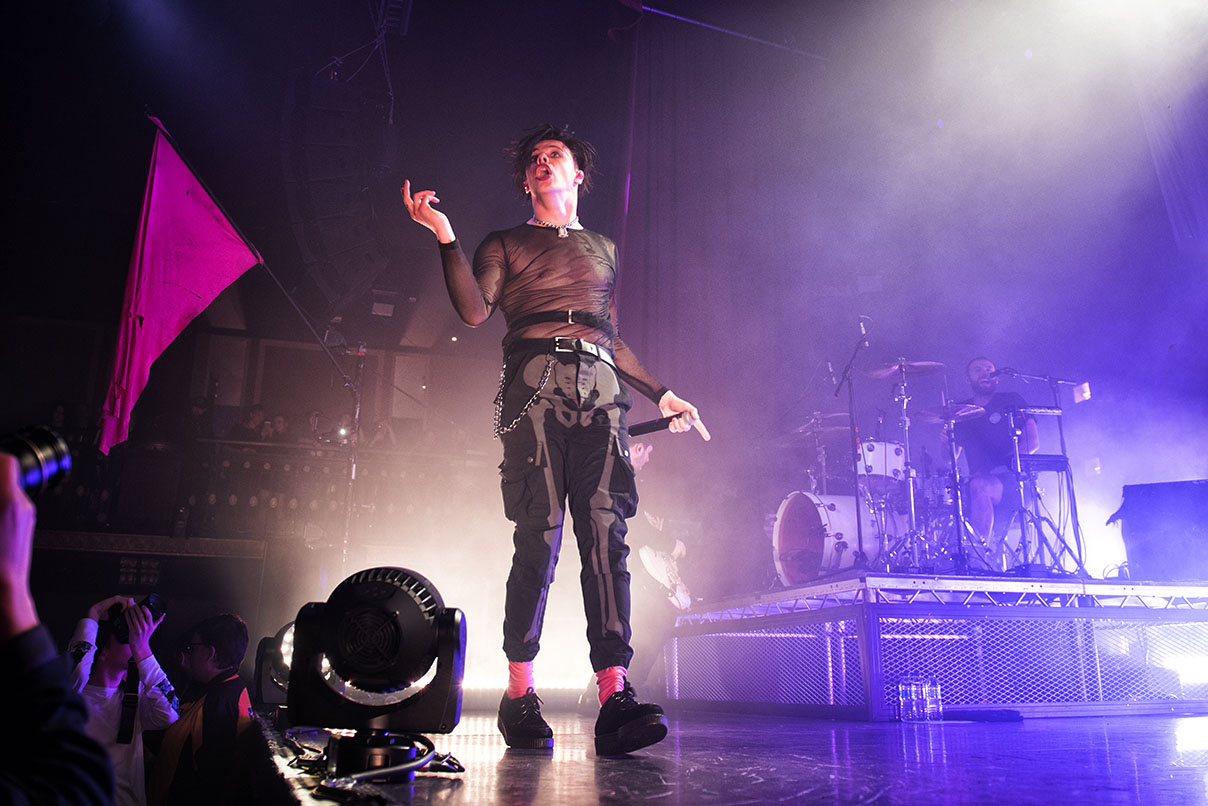 Right off the bat, every single person in the queue for this show oozed individuality. A scene isn’t about its aesthetic choices, it’s about an attitude and a philosophy. Acceptance and understanding are the order of the day for Yungblud fans, and they’re better for it. The spectres of youth trailblazers like Lil Peep watch over this scene like ancestral angels. If you haven’t engaged in the culture because of hackneyed phrases like ‘mumble rap’, you’re missing out on this generation’s punk. I have never seen so many switched on and socially engaged kids massed in one room, it’s quite beautiful, to be honest. Just as I settle into my usual spot in a corner on the balcony, SAINT PHNX take to the stage.

The Glaswegian 3-piece are definitely impressive. Their tight electro-pop rock is reminiscent of outfits like Imagine Dragons, yet their real strength lies in their mastery of the crowd. These guys know their audience and the atmosphere is electric. It’s not every day you see a band of guys clearly in their mid to late twenties have such a grasp on the feelings of disaffected youth. A spontaneous chant of ‘fuck Boris, fuck brexit’ erupts, and I see several parents on the balcony flinch, sharing the kind of look that drives you insane. ‘They’ll learn’ it seems to say. Right on kids, you’ve got them scared. You’re doing us proud. Don’t get me wrong, the lyrics are hardly the collected works of William Blake, but they do the job. And frankly, it doesn’t really matter; the raw honesty resonates with the crowd. I’m not going to attempt to describe their sound, I hate it when reviews do that, nor am I going to go track by track. But if you want a glimpse of what it was like to be there, the set-piece of crowd work toward the end of their set was it. The crowd splits down the middle, with the lead singer taking one side, the drummer (who has some impressive pipes of his own) takes the other. The chorus of backing vocals they lead the crowd into knits together into something truly marvellous- I live for shit like this at gigs. Keep an eye out folks, they’re back in our fair city in February.

Now to the main event. The stage crew get to work, and in no time the stage is flanked by red flags, and filled with various bits and bats of musical equipment. To sum up the energy in this room: it is ten minutes before Yungblud even hits the stage, and they’re already handing out water. The lights dim, the crowd deafens. Military radio chatter backed up by tense, atmospheric music floods the room. The tension builds, and builds, reaching its breaking point and… still, he is nowhere to be seen. This is my only criticism of the whole set, it feels like the energy has just crept out of the room, laughing at our expectation. Before I can get too pissed at this, two figures appear flags in hand, striking a commanding image on stage. They march away, and there he is with his band in tow. Yungblud seems to breathe in the darkness cloaking the room and convert it into pure energy. He is Marilyn Manson with the energy of Wu-Tang Clan. This is THE non-urban youth movement British suburban kids have been waiting for. Why go see a My Chem reunion when you can be right here on the front lines of the new movement. The place is bouncing, his stage presence is in that top 1% of performers. Yet he pulls it off; carefully coifed hairstyle surviving for about 20 seconds in the fray. 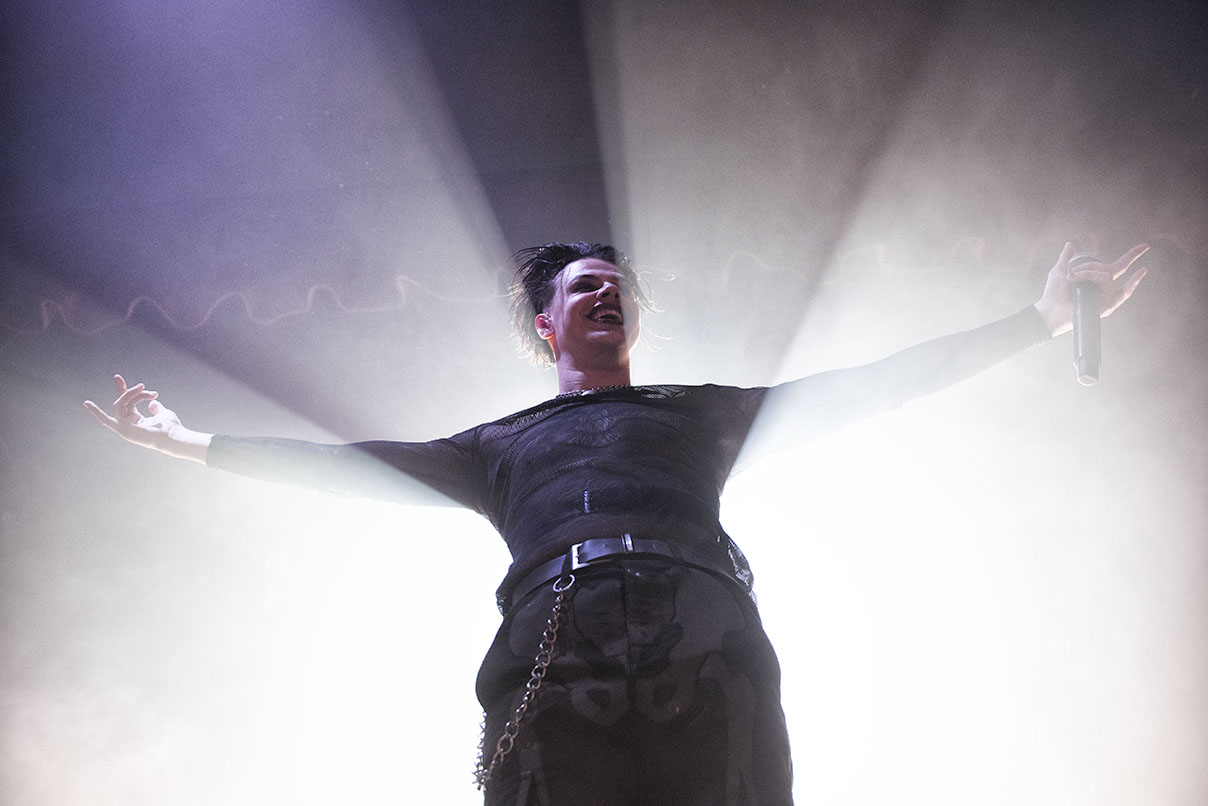 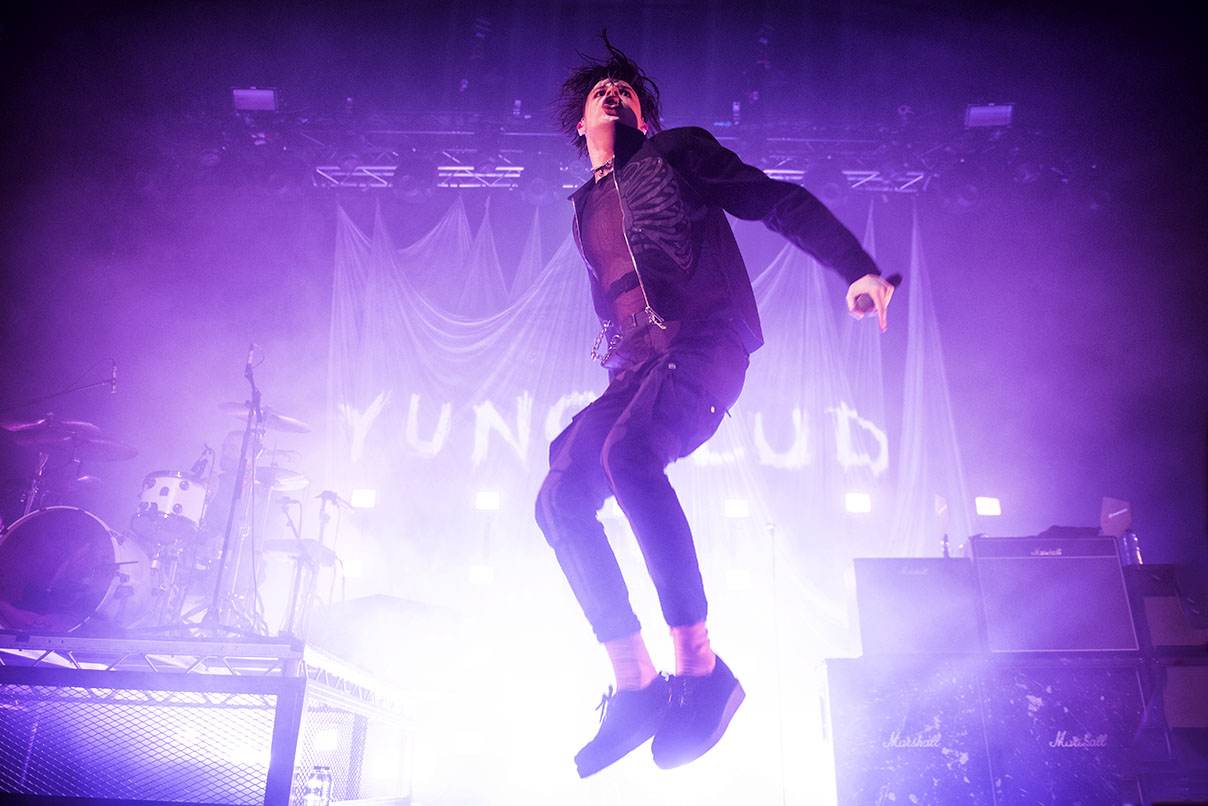 ‘This song is about parents’, deafening screams from the crowd. It’s easily to cynically blow this off as a bit Butlins with the gift of hindsight, but a lot of kids need this. You did, I did, and kids until the end of time will need a connection to the disaffected feeling Yungblud taps into. He hasn’t stopped moving yet… neither has the crowd. And this relentless energy doesn’t let up from start to finish. Yet through all this power-chord fuelled pop-punk madness, Yungblud also shows his diversity.

Several times in the set, he dons a guitar, the mood switches up, ranging from ska to slow ballads. It’s interesting, it’s authentic, and Christ it’s what music needed: an escape from blandness. Get leather jackets and shit-flicker shoes in the sea. Authenticity is the order of the day. Something worth noting is how spot-on Yungblud is in his expression of quite complex political and social arguments, in only a few words. ‘These people (referring to the crowd) are your family, in here you can look how you want to look, be who you want to be, identify how you want to identify, and love whoever you wanna love, and these people will always have your back’. I can only tip my hat to that: outside the punk scene when I was growing up, no one even got close to such a beautiful sentiment as a building block for their scene. He then grabs a trans flag from someone in the crowd, flying it high and proud. Again I can only salute him; and everyone else in the room. These guys are IT. This is going to be the generation that really changes things: I guarantee it. 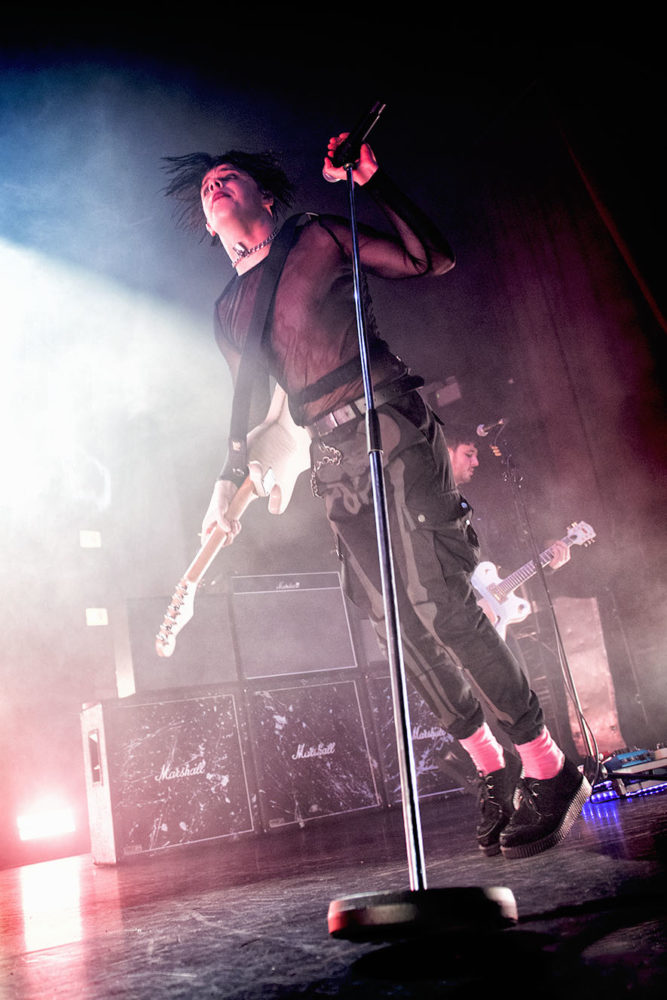 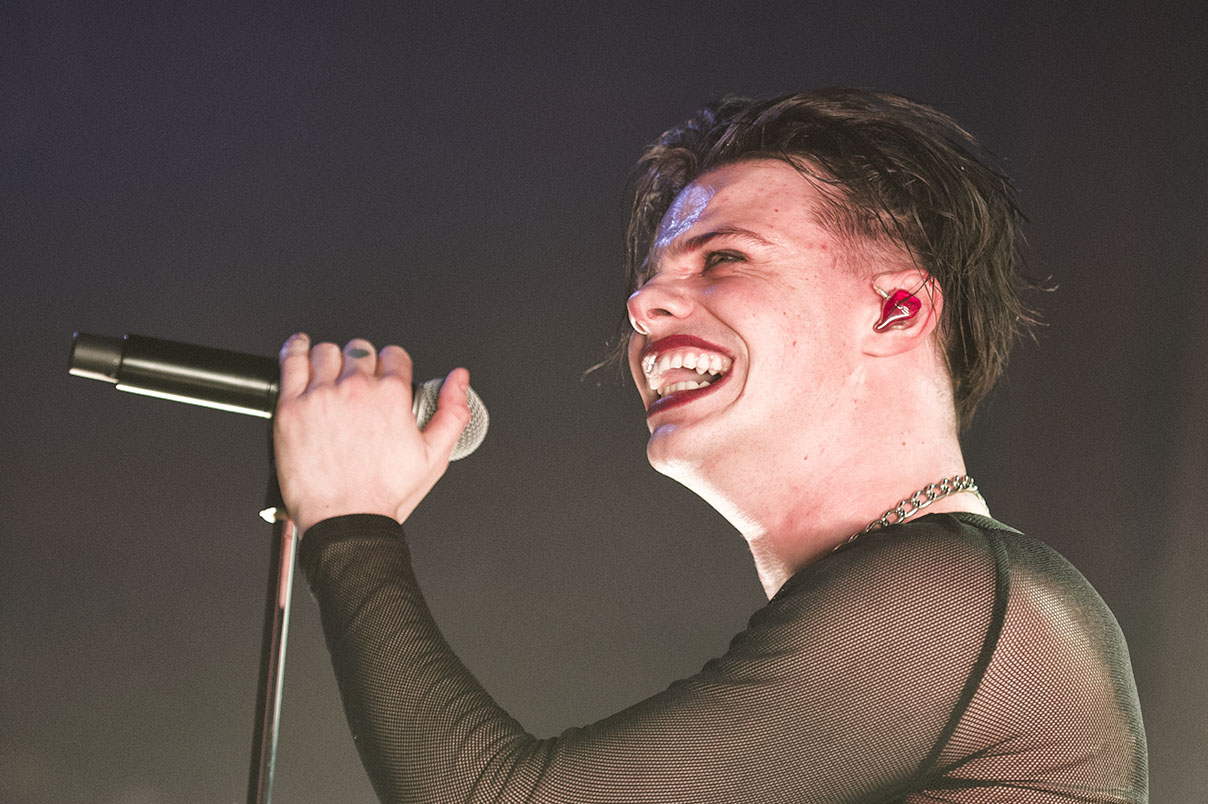 The relentless energy continues, I honestly cannot believe the stamina on this man. Towards the end of the show, Yungblud announces he’ll be meeting fans outside the venue after the show. The sphincter of every member of security in the building tightens. I didn’t want to stick around to push my prematurely bald head through hordes of teenage girls, so at that point, I decided to leave halfway through his last tune. The Instagram story the next day confirms that this was a great idea on my part. The crush was real. Aside from all that though, I left the building with a lot of hope.

The kids are alright folks, probably even better than us. And they have chosen Yungblud as one of their champions: a 22-year-old lad from Doncaster with a dream that is coming true. I salute him.

All words by Jake Breeze, this is Jakes first piece of writing for Louder Than War.