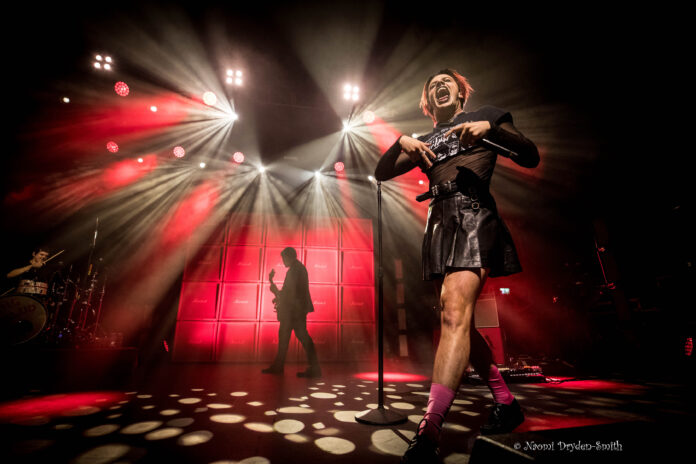 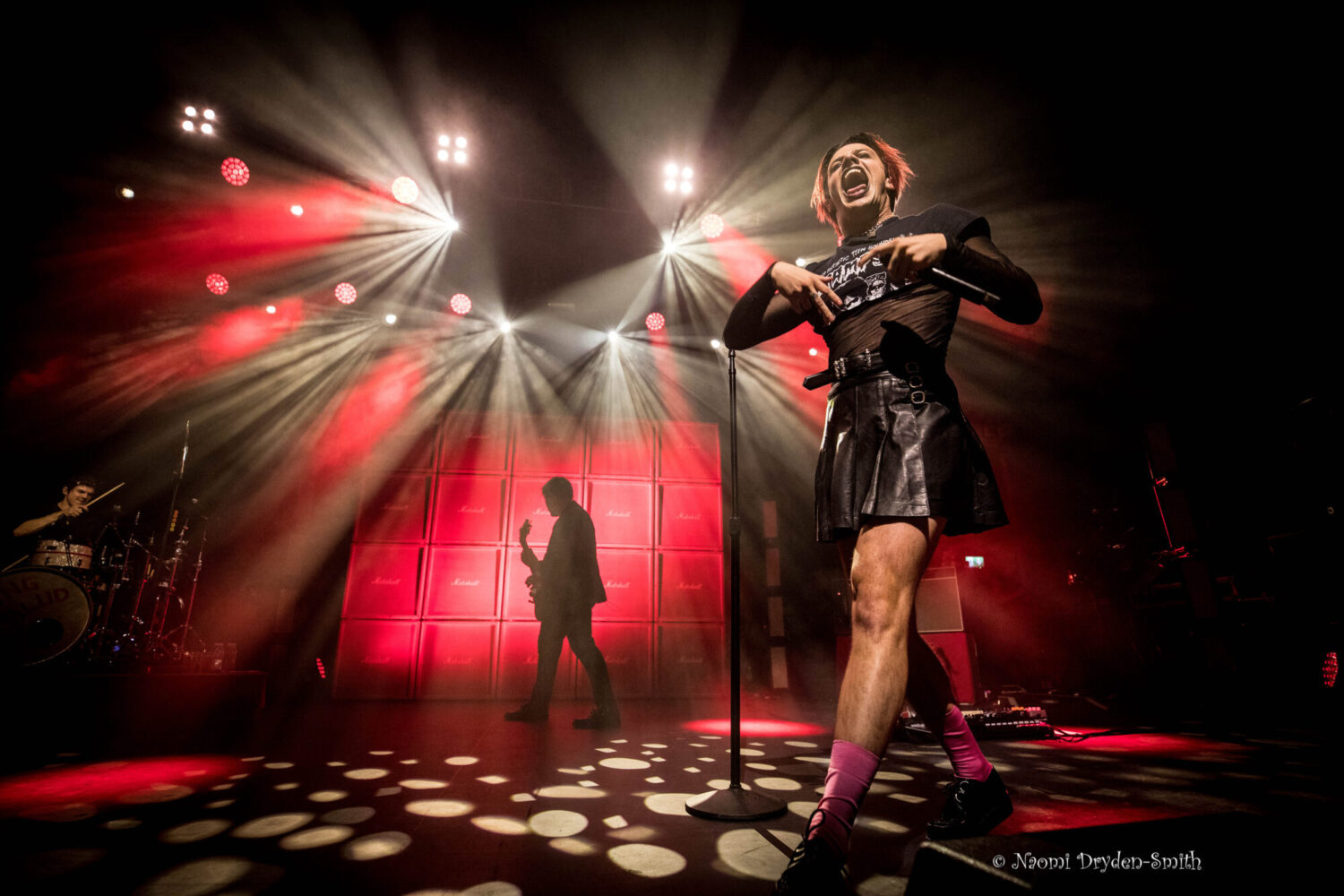 Yungblud celebrates the end of lockdown with a rescheduled five-night residency at the Forum in Kentish Town with the black hearts club fans in full vocal and emotional force.

The Forum is buzzing for the fifth night in a row, the slightest rustle on stage provokes immediate earsplitting screaming. Tonight’s support is ambitiously-named, virtually ungoogleable DYLAN, aka Natasha Woods, 20-year old indie artist with a lovely voice, whose sound draws from the likes of Gwen Stefani and London Grammar. She makes good work of dissipating some of the building excitement with her high energy indie pop. 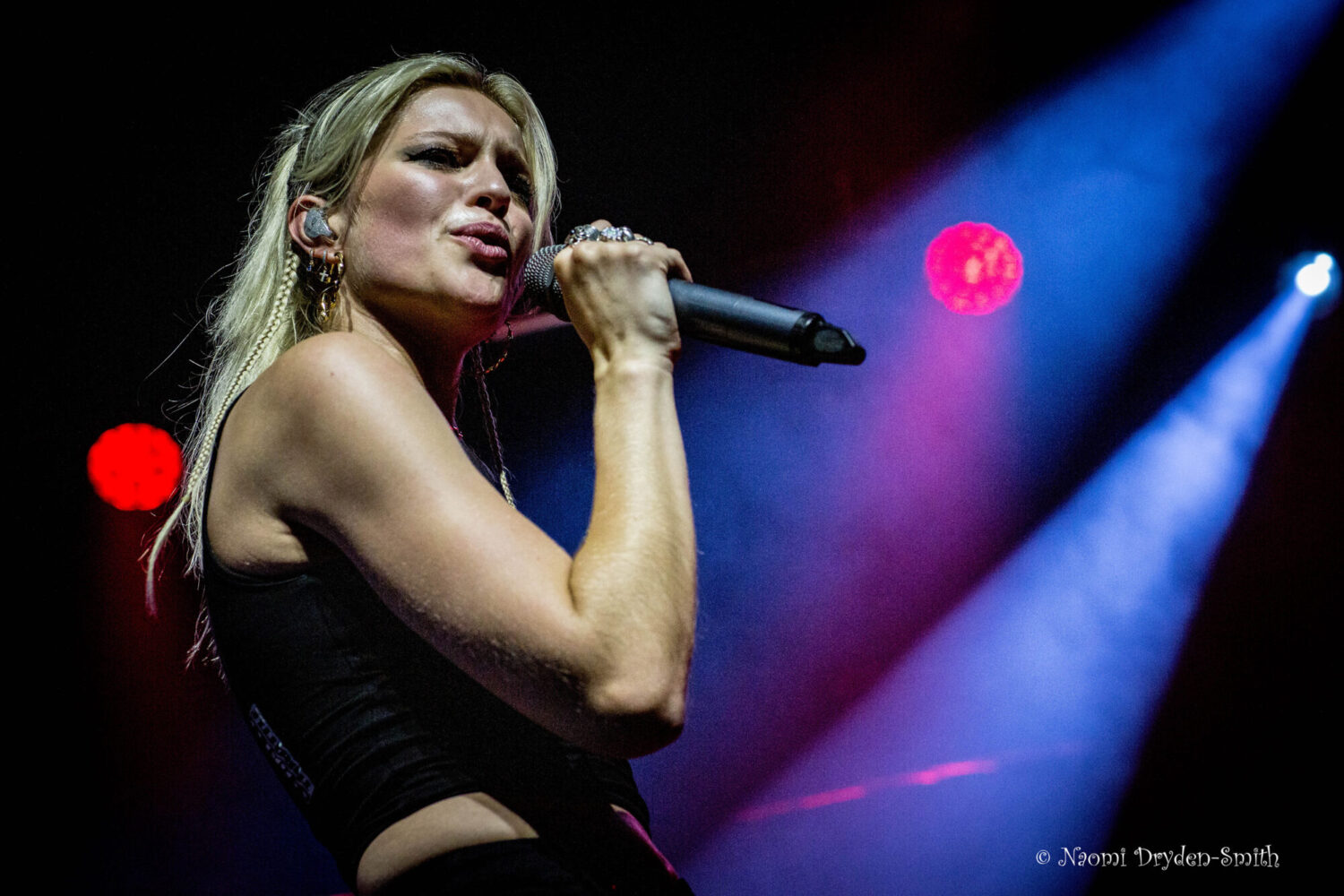 Heralding the arrival of Yungblud (Dom Harrison) on stage is a large pair of red lips projected onto a black curtain – it’s pure Rocky Horror Show and a great precursor to the exuberant performance that follows. The place turns into a sea of mobile phones, waiting for their first sight… The lips speak to the crowd who have, as on all previous nights, been queueing around the block (some may have camped…), asking over and over if they’re ready to make some noise, whipping them up into even more of a frenzy, if that’s possible. The opening chords of Strawberry Lips strike up and Harrison flounces onto the stage, beaming and gesticulating to every corner of the venue, an inclusivity that will dominate the entire show right through to finisher Machine Gun. 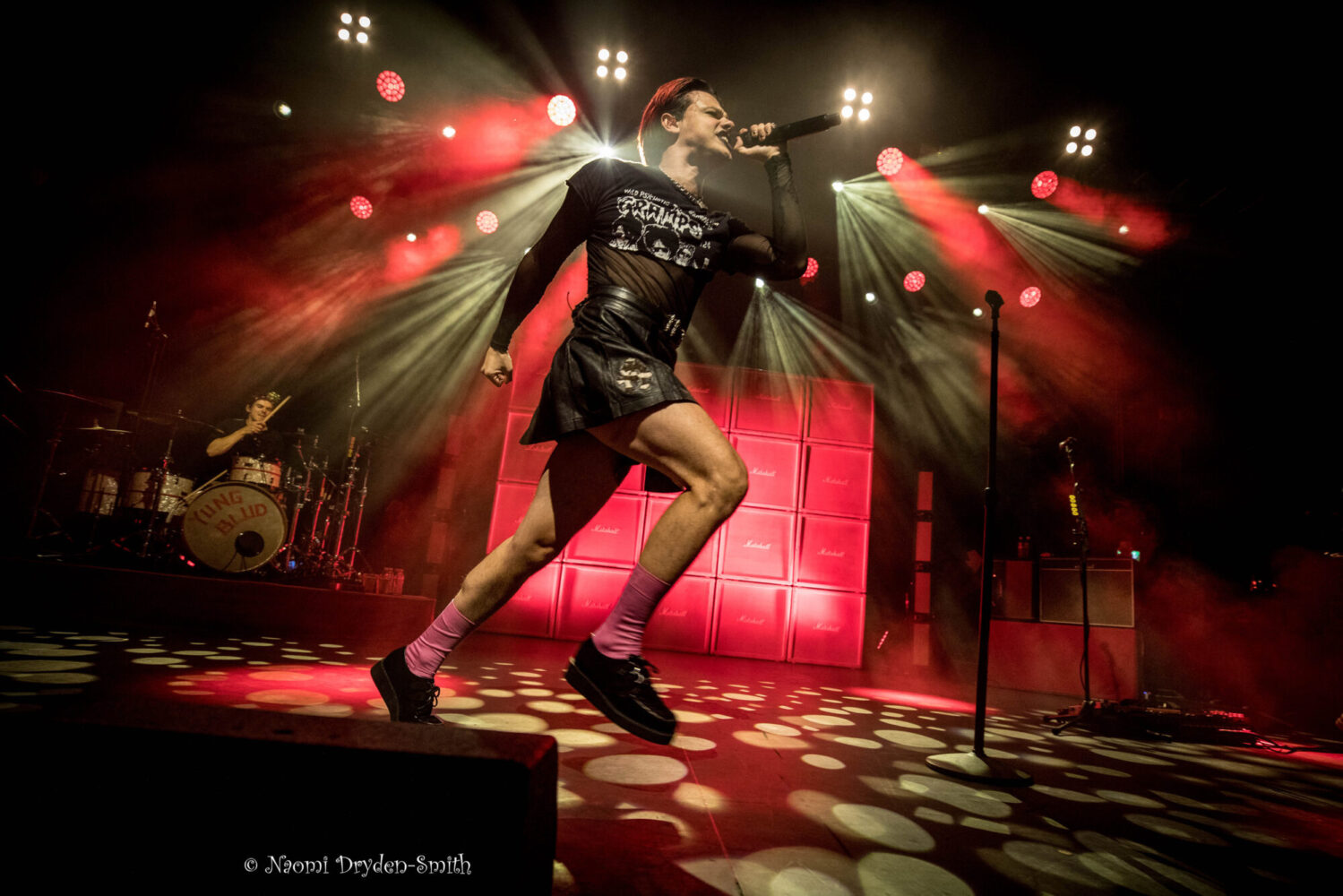 Dressed in a black Cramps tshirt/cybergoth-gladiator leather skirt ensemble, with trade mark pink socks, beneath all the rock tongue flashing and posturing lies a 24-year old with a genuine mission to reach out to the disaffected souls in the place and make them feel less alone. And after what we’ve all been going through, there’s probably never a better time for it. The feeling of solidarity is overwhelming. 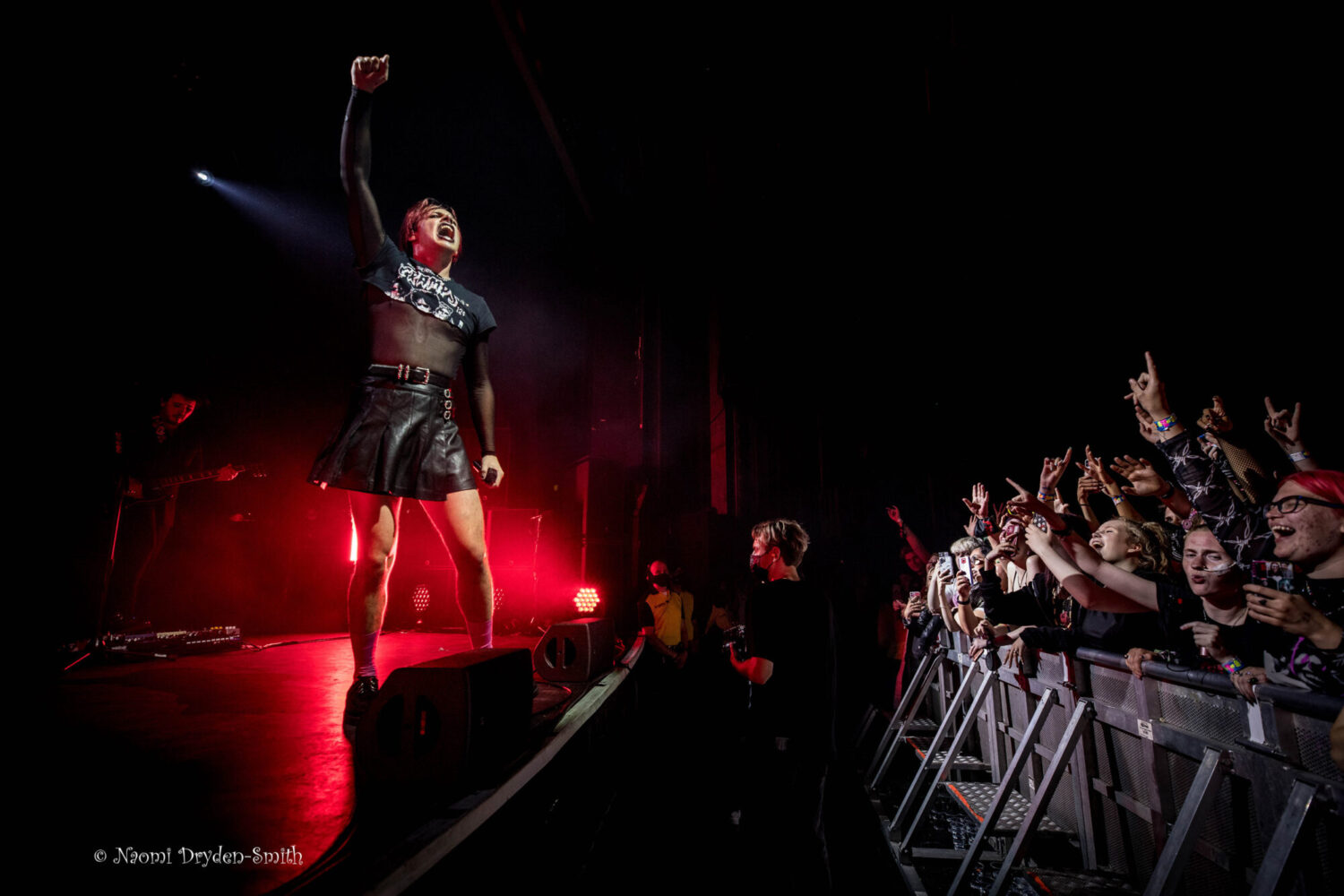 There’s so much interaction with the audience, from hand gestures, waves, heart shaping, yelling at the mosh to make a wide pit, commanding the balcony to stand up, sit down, everyone put their arms up, jump, jump and jump some more it’s a rock concert with feet wedged firmly in pantomime and old-fashioned music hall. There’s genuine pleasure and humility when they sing the words back, and at one point there are actual tears. Lockdown has been tough all round. 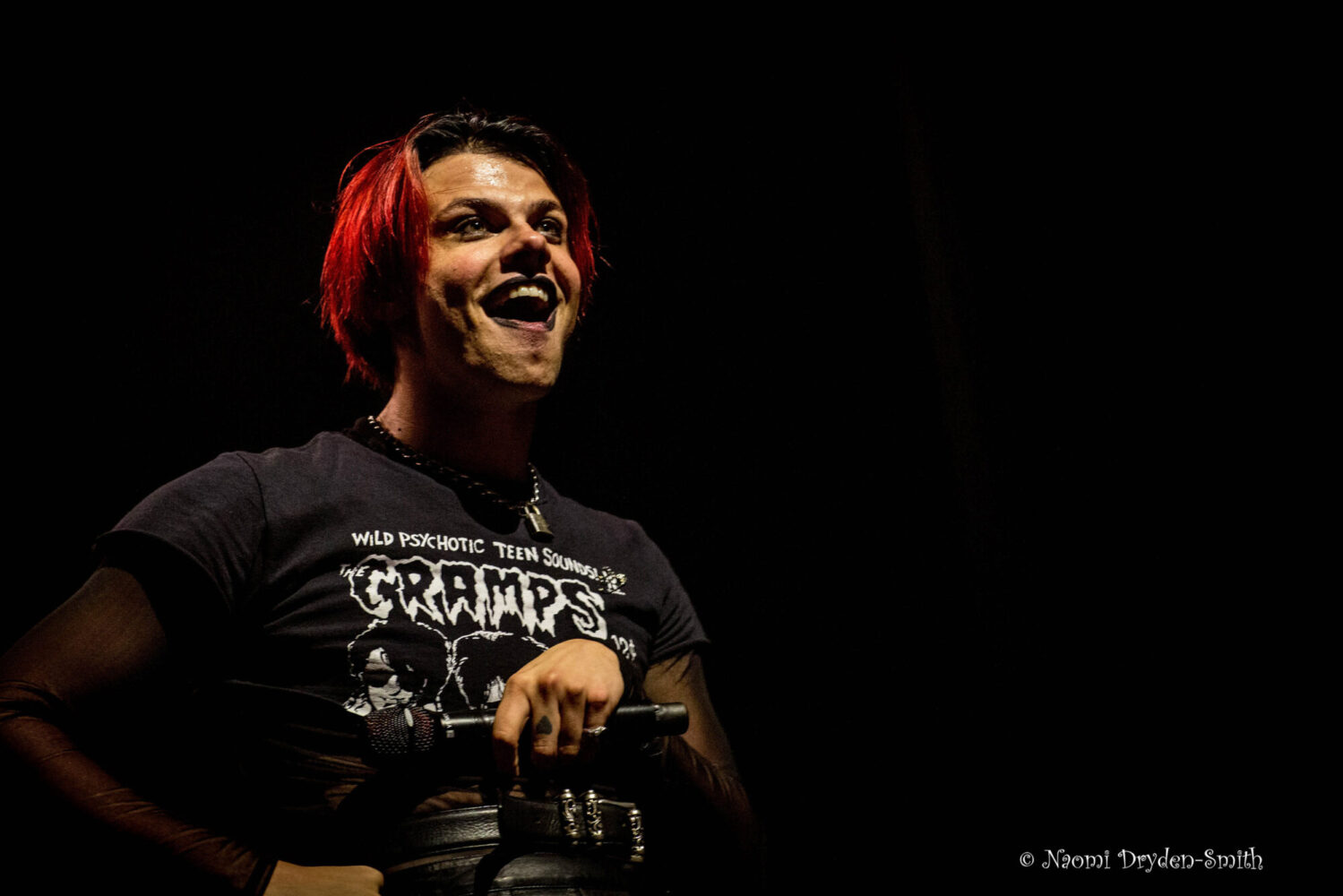 No doubt helped by the enthusiasm of the audience, there’s an ability to make even simple pop songs sung in a Yorkshire accent seem anthemic. And with the accent, again, is the genuineness. Also striking, with the appearance of a guitar, is that Harrison is a talented musician, not just a performer. 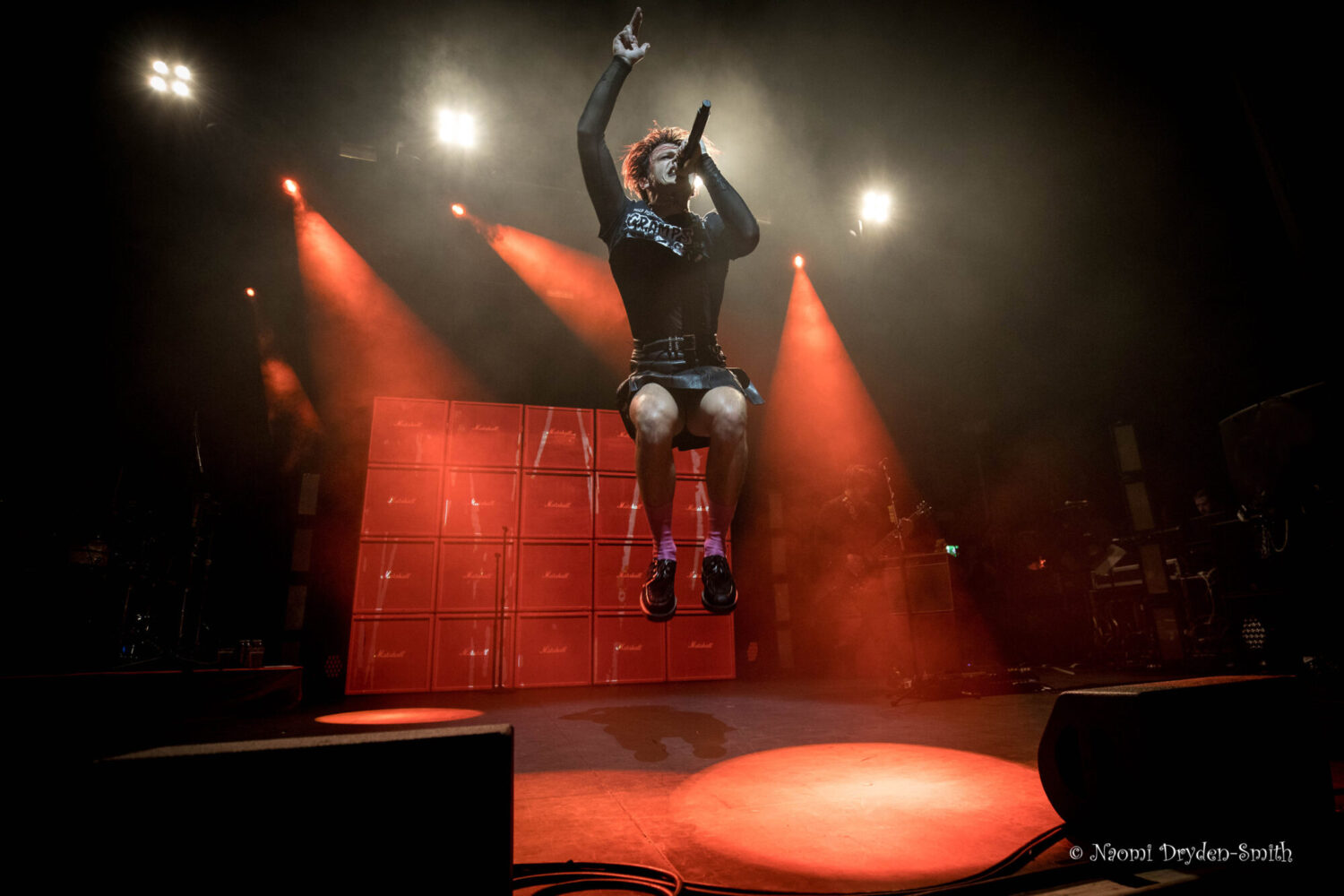 A mix of songs from first album 21st Century Liability and 2021’s Weirdo!, plus new material (Fleabag), the set feels intimate, very much for the fans. The close relationship is reminiscent of Gaga and her Little Monsters, and it’s impressive that’s it has been sustained to such a degree during the past 18 months. 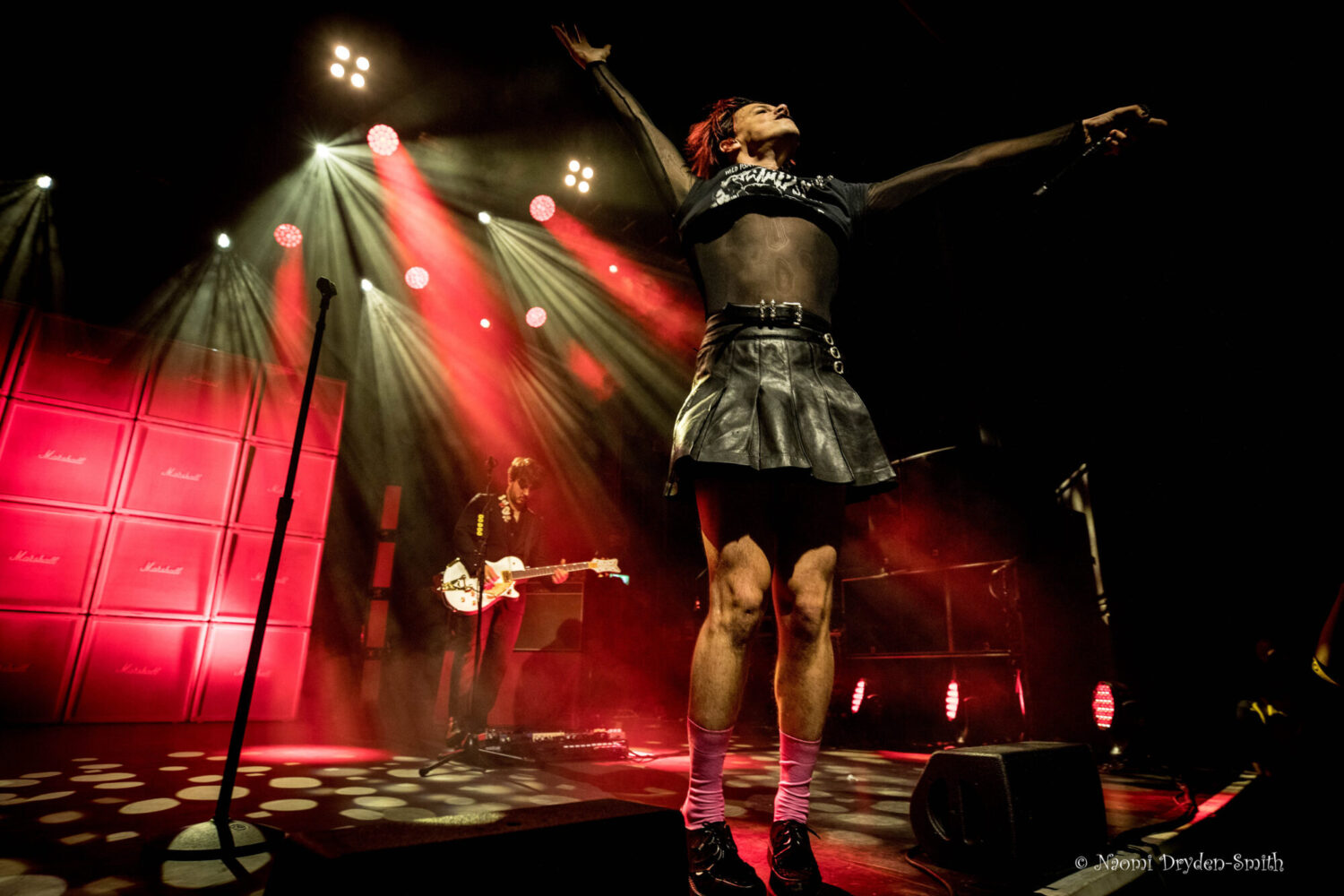 With the Life On Mars? tour (named in tribute to his ultimate idol) heading first around the UK and then into Europe, from October into next June, it’s definitely a case of watch and see what happens next with this vibrant artist.