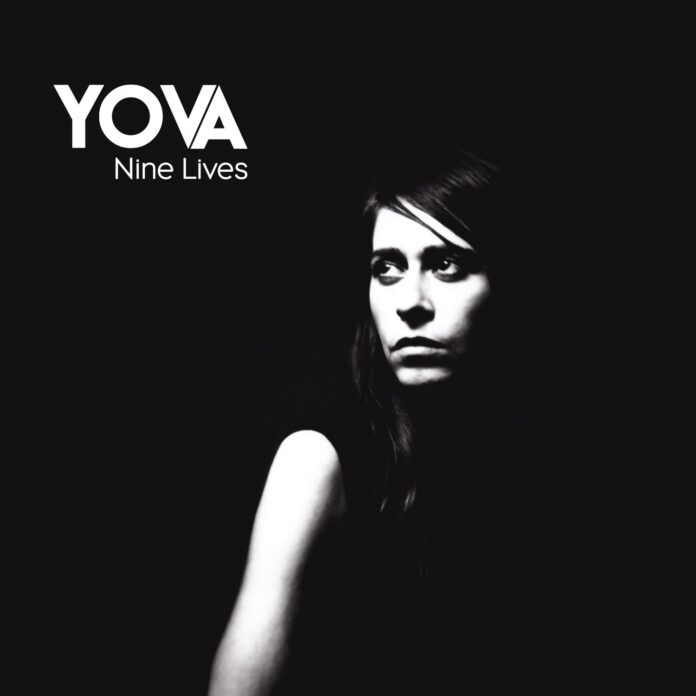 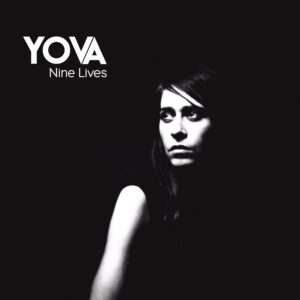 Yova introduce themselves with a beguiling, technically brilliant debut album. Nine Lives takes us on a journey that is illuminated by a special brand of intelligent pop music and is engaging throughout. Gordon Rutherford reviews for Louder Than War.

“I think of it as nine different rides on a trip to a sonic adventure park.” – Mark Vernon

That’s it. That’s the review.

Obviously, whilst it could be, it’s not. Albums this good deserve a bit more than that. Naturally, you’ll want to know who Yova are and what the music is like. Let’s begin with the personnel, because there’s a good chance that you will recognise the name attributed to the quote at the top of this piece. Mark Vernon has a CV as long as a Banffshire winter, but if you’re looking for highlights, he has both managed and recorded with the legendary John Cale. Yes, that John Cale. Moreover, he was responsible for co-producing some of the tracks on PJ Harvey’s debut, Dry, including the visceral brilliance of Polly Jean’s debut single, Dress.

Yova came about as a fortunate consequence of one of those ‘sliding doors’ moments. One night, Vernon decided to go to a gig. He could conceivably have chosen any one of a million other things to do that night, but fate determined that he would be in this particular place, listening to this particular singer. Jova Radevska, who was born and raised in Macedonia, had arrived on the UK’s shores at the age of eighteen, armed with a steely intent and the voice of an angel. As she worked through her set that night, Vernon was transfixed. What wonderful serendipity.

That chance meeting has ultimately resulted in the production of an extremely strong debut album. That strength, however, isn’t just attributable to Vernon and Rudevska. One of the advantages of being Mark Vernon is that you have a pretty hefty rolodex and he has meticulously flicked through it to summon some of his most stellar contacts for this collection. That recruitment process means that you will encounter few albums quite so musically proficient as Nine Lives this year. It’s as though Vernon has been constructing a musical equivalent of a fantasy football team with an unlimited budget. Terry Edwards (Nick Cave, Tom Waits) brings his baritone sax whilst guitars are provided by David Rhodes (Kate Bush, Scott Walker). The rhythm section comprises Alex Thomas (John Cale, UNKLE) behind the kit and Ian Olliver on bass. There should be a blue plaque erected outside the studio for the fleeting but fantastic contribution of the legendary pedal steel guitarist BJ Cole.

The brilliant Anna Phoebe, one half of Avawaves, whose album Chrysalis was reviewed by yours truly on these pages last year, supplies sublime violin, dovetailing beautifully with Nick Holland’s cello. Staying with the strings, Daniel O’Sullivan (Grumbling Fur, Tim Burgess) provides viola as well as bass and keyboards. When deployed, those strings elevate Nine Lives magnificently. Completing the line-up is Rob Ellis (PJ Harvey, Anna Calvi), who is responsible for the string arrangements and basically everything else. Oh, and for the geeks, that includes the eerie sound of the ondes Martenot.

As well as the musical proficiency, another striking thing about Nine Lives is its diversity. Each of these nine tracks – or ‘lives’ – are quite distinctive, with their own unique flavour. Much of that is down to the compositional development. For each track, the respective musicians were provided with the core structure and were allowed to react intuitively to shape its ultimate composition. As Vernon explains, “there were no pre-ordained or fixed common denominators…the musicians had the freedom to shape-shift the songs playfully”. Which brings us back to Vernon’s quote at the top of the piece about nine different rides. It’s a reasonably short journey through these Nine Lives and those twists and turns hold us engaged throughout its entirety. The majority of the tracks thrill us like Kingda Ka, albeit a couple don’t quite take us to the apogee of the rollercoaster.

The brooding Moondog introduces us to Nine Lives and the distinctive vocal of Radevska. Her voice is soft and caressing, almost child-like in fact, and it fits perfectly with the music. Behind Radevska, the track is propelled ferociously by Thomas’ pounding drumbeat, one that is reminiscent of Kate Bush’s Running Up That Hill. As a neat counterpoint, we are treated to our first of several trinkets on Nine Lives with Ellis’ deployment of that quirky curiosity of the keyboard family. Part-theremin, part-synthesiser, the ondes Martenot is such a challenging instrument to master that it is claimed that fewer than one hundred people have actually achieved it. Whilst we are not in Christine Ott territory here, Ellis wields it expertly and subtly, bringing an intriguing wash of mystery to this opener.

It’s a fine start, but the bar is raised further by the following track. You’re The Mirror is a sultry slab of cerebral pop with the guitars of Vernon and Rhodes interacting gorgeously.The song hinges on an infectious melody that embeds itself in your inner ear on first listen. Exhibiting her versatility, Radevska projects her voice differently on You’re The Mirror; taking on a more assertive role as she leads it. One is struck by the vocal similarity between Radevska and Poliça’s Channy Leaneagh. Perhaps that resemblance is magnified by the fact that, musically speaking, You’re The Mirror would be right at home on a Poliça album. Earlier, we touched on the diversity of these Nine Lives and the following track, Rain, takes us somewhere else again. Like its predecessor, it is built upon a melody that is catchier than you-know-what and wouldn’t be out of place on one of those big Now compilations of the eighties. It is shiny, sheer euro-pop and it is quite delicious for it.

Then, we deviate again with the pure alt-country of the fantastic Where There Is Smoke. BJ Cole’s pedal steel guitar rings out like a clarion from the celestial heavens. Accompanying it, Radevska’s vocal sounds more vulnerable and fragile than ever, as she heart-achingly sings, “I feel out of place”. Sumptuously sweeping across this canvas of Americana are Pheobe’s violin and Holland’s cello. Pleasingly, those strings hang around for the next track, Togetherness, which announces itself like a Bond theme.

It’s an incredible run of songs and An Innocent Man, which follows a little later, is of an even higher standard again. This stand-out song is a waltz with a sixties, Serge Gainsbourg-esque, kind of vibe, as it elegantly dances out of the speakers, navigated majestically by the strings of Phoebe and Holland. But this one is Ellis’ show. At different points, he deploys his entire armoury, including glockenspiel, music box and that haunting ondes Martenot again. An Innocent Man also delivers Radevska’s finest vocal performance of this entire collection. Lyrically, she composed An Innocent Man having recently read Harper Lee’s novel, To Kill A Mockingbird. However, although she is effectively narrating in the third person, her delivery feels incredibly personal. Breathily, her voice coils around us. It feels like she is perched on your shoulder as she delivers her words.

Nine Lives, nine tracks. And just like nine individual lives, they are all unique; yet they all retain a very distinctive Yova flavour. Of course, it would be unrealistic to expect it to be perfect. There are miss-steps along the way, notably the ponderous Would I Change It and the slightly formulaic Make It Better. Despite that, there is so much to love about this album. First and foremost, there is that incredible variety amongst the songs, providing more than enough to keep the listener engaged throughout. Furthermore, the songwriting is exceptional and, as you would expect with the assembled cast of musicians, they songs are performed incredibly well. Topping it all is the special voice of Jova Radevska. It is obvious that she is an incredible talent. All in all, Nine Lives is an incredibly encouraging, and enjoyable, debut. Thank God that Mark Vernon decided to go out that night.