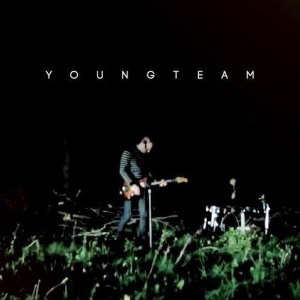 It’s hard to say whether Youngteam are happy with their lot. Their second album appears to find them in somewhat darker mood than their first, given the song titles: It’s Getting Dark, Go To Sleep, Shadows, Dead Sun etc. Perhaps it’s been a long winter.

Honestly, I don’t care. Sweden’s finest purveyors of shoegaze can be as miserable as a thousand Charlie Browns for all I care, if they continue to make music as heroically gloomy, and yet loud, as this.

The opening track, Dugpas takes a while to get going but does eventually settle into a pleasant, Horrorsesque groove. Track two is where you really start to take note. It’s Getting Dark drags various members of Ride and the Brian Jonestown Massacre into the woods around Stockholm for the trip of their lives, and I use trip in its proper, chemical sense. This is the kind of music that has you humming along with your eyes closed, on the very first listen when you don’t even know what notes are coming, because there’s only one way it could, should and does go.

The title track is equally impressive, and for some reason had me thinking of Oceansize though I now realist the two bands aren’t particularly similar. I can only assume Fading Into Night has me thinking of things the size of oceans. To call the record expansive would be to praise it too faintly.

Into Light takes us on a very pleasurable psychedelic ramble, the influence of Anton Newcombe again coursing through, which isn’t a million miles from his song used as the theme to Boardwalk Empire. The strongest track is also the shortest, Black Rider, though that’s surely a coincidence as the longest, the closer Dead Sun, proves a tremendous way to round things off.

Not every track pulls it off, admittedly – 1974 and Shadows are reasonably good, unremarkable tunes on an otherwise majestic album. Still, gives them something to work on for album number three.

This album is aimed squarely at the type of introspective, floppy fringed teenager moping around his bedroom, grounded by parents for listening too loud to this type of dismal racket, that I have been trying to stop being for 20 years or more. Slowdive fans, basically. If you’ve ever fallen for a record based on echoey vocals, droning guitars and a beat that makes you slowly shake your head rather than nod it, you have just found your new favourite album.