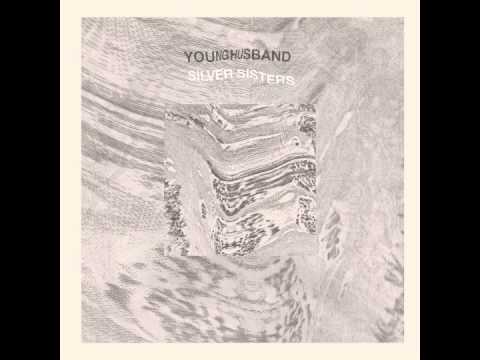 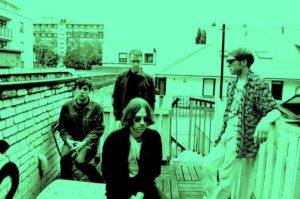 Building their reputation slowly from humble, bedroom-recorded beginnings way back in 2008, Younghusband, unlike so many post-landfill indie bands that made up their early contemporaries, have tactfully avoided being chewed up and spat out by the hype machine in record time. But now, with critically acclaimed debut LP Dromes to show for their talents, years of looming under the radar may be coming to an end.

The moment I step into Madame Jojo’s’ basement, I am joined at the bar by what appears to be BBC 6 Music’s Steve Lamacq. Minutes later, I spy Radio 1’s Huw Stephens watching support band The Bohicas. While it’s no guarantee of YH ‘breaking through’, they clearly have the right friends in the highest places to make it happen. All that’s holding them back are their songs, which, while excellent, take a lot longer than three minutes to really reveal why.

They begin stealthily with the slow-building Wavelength, starting out as an Interpol-esque, two-string riff, but by the end approaching Warpaint levels of intricate layering. As openers go, it’s not the sort that wins you over straight away, but by the time Silver Sisters and psych-tinged album track Sunstroke pass by I’m completely hooked. Incidentally, psychedelia is a reference point that pops up time and again, though without borrowing anything from the genre wholesale. Comets Crossed, for instance, places the bright riffs of Pink Floyd’s early releases within the rigidity of Broadcast, ingeniously reinventing influences in a way Temples are often credited for but have never actually delivered.

Low points are far from frequent, though Dromes’ penultimate track Constantly In Love (also found on 2011’s Crystal EP) is a notable drag, never quite reaching a climax that sounds forever round the corner, before simply ending. The album’s title track, however, makes for a thrilling closer. A pounding, Spacemen 3-type number, jammed out through a wall of fuzz, it epitomizes why Temples, Toy and other such psychedelic lightweights should be quaking in their vintage boots.