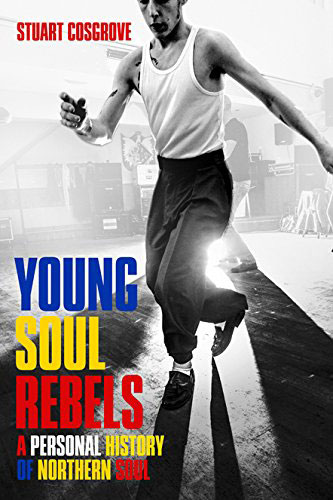 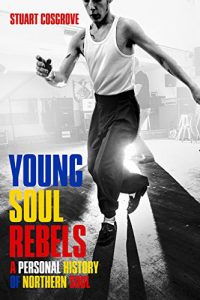 A superb account of the history of Northern Soul. Louder Than War’s Dave Jennings reviews

Stuart Cosgrove has already made one substantial contribution to the history of the Soul scene with his epic Detroit 67, a month by month chronicle of a pivotal year in the history of the home of Motown. Just as he did with that work, Cosgrove sets the development of Northern Soul firmly in a historical context, only this time, he is also able to do so alongside a wealth of personal experience. As the book’s subtitle states, this is a personal history of Northern Soul and Cosgrove is ideally placed to tell a fascinating story.

Northern Soul was the term coined by journalist Dave Godin to identify the style of soul that Northerners would look for in his Covent Garden record shop. Devotees are characterised by a serious depth of knowledge of labels and obscure tracks while some even had the serial numbers from vinyl tattooed on them. However, for those not steeped in the scene, knowing where to start can be a little daunting but Cosgrove is an expert  who has created an engrossing narrative that sheds light on every aspect of the music, venues and artists.  Therefore, I can recommend this book for anyone who may be even slightly ‘soul curious’ or even those who enjoy a well-crafted mixture of music and social history.

The pictures Cosgrove paints of soul clubs such as Manchester’s Twisted Wheel and Wigan Casino as they developed are vivid, so much so that you can almost feel yourself gasping for air in the inferno that was The Torch in the Potteries. However, how many scenes would see its followers stand on the dancefloor and applaud at the end of a record? This was a trend that began at Blackpool Mecca, “the Harvard of Northern Soul”, when dancers spontaneously applauded at the end of I Just Can’t Live My Life (Without You Babe) by the ill-fated Linda Jones and became common as fans showed their respect for often struggling or overlooked artists. And a point that is made time and again during this excellent read is that as far as Northern Soul fans are concerned, the more obscure the artist or more rare the record, the better they like it. On this scene, knowledge is power and the fans certainly have both in spades.

It’s important not to run away with the notion that the Northern Soul scene developed organically and without a hitch as the truth is club after club was hounded into closure by police and local councils, often due to widespread amphetamine dealing and use. Cosgrove creates a superb character study of ‘God’s Copper’, James Anderton the Chief Constable of Greater Manchester Police, who was on something of a personal crusade to close clubs and destroy the scene. Furthermore, the scene came under threat from the murderous activities of Peter Sutcliffe, the Yorkshire Ripper with dedicated fans running a huge risk to attend nights in the heartland of his activities and one of his victims having attended a club that held soul nights.

Stuart Cosgrove has delivered an outstanding narrative and a superb overview of a vital yet often overlooked element of British musical history. Young Soul Rebels is a compelling account that is accessible for those who are not familiar with the scene and will doubtless stir many memories for those who are.

For more information about Stuart Cosgrove and his work please visit detroit67.com Stuart is also on Twitter as @Detroit67Book