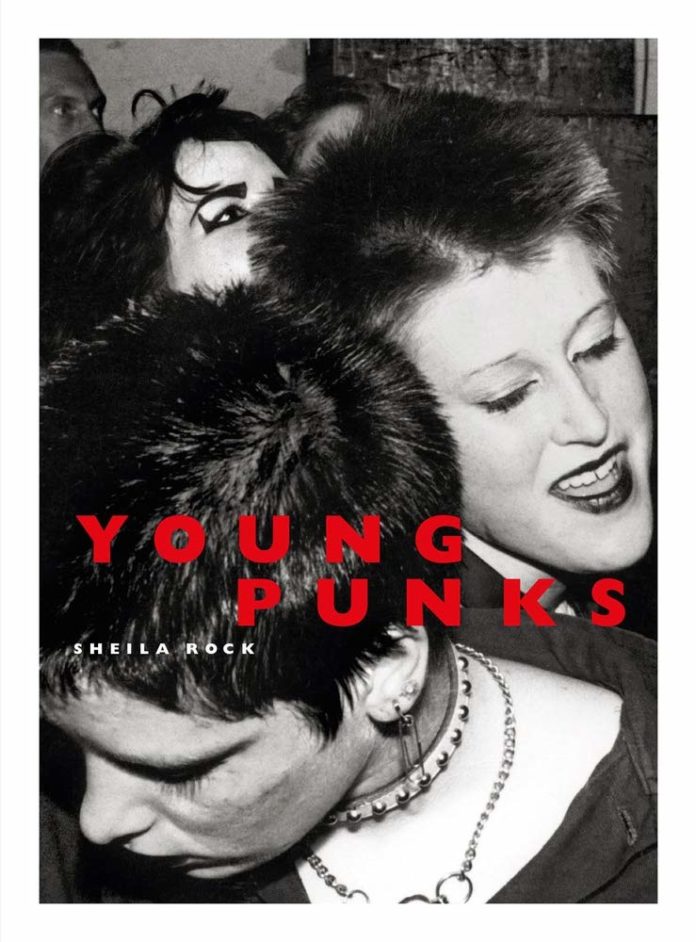 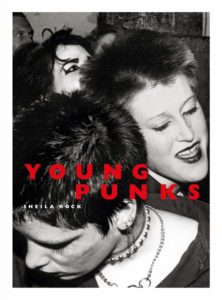 As the 1970s drew to a close and changes in music, fashion and attitudes collided to form Punk, Sheila Rock was right at the heart of the electrifying youth movement. Whether candid or posed, her striking photographs perfectly capture the innocence of the early days, the DIY fashion ethos and the raw energy of Punk.

Ged Babey sees if there is any room on his Punk bookshelves.

Bo-o-oring!  Jesus! Yet aaaa-nnnn-other book on ’77 Punk-in-Lahndun For Fux Sake!  Do we REALLY need another? ( Rolls eyes in a distinctly Lydonesque manner.)  It’s all been said. It’s another swindle… and so on.

Sheila Rock took some iconic photos. She was in the right place at the right time… and to be frank, it’s a really good book, worth the money, completes your collection – the text is succinct and cool, ‘original content’ from what I can tell. But…

The only reason the-young would want to buy it is, so at Xmas,  Nan or Grandad can point to the shots of the kids in the audience and hanging around ‘Sex’ and say “Look That’s Me! … see I haven’t always been an old cunt!  I was on the cutting edge”, before they get on with trimming the hedge, after a sit down to read the Daily Mail.

Sheila was a regular photographer for The Face and shot many of its covers. The photo journalistic images of the Punk scene in this updated, reprinted and repackaged edition of Young Punks – out 9th April on Omnibus Press – were taken in the early stages of Sheila’s career and feature some of its main creative and musical protagonists: Paul Weller and The Jam, Robert Smith, John Lydon, The Buzzcocks, The Damned and Siouxsie and the Banshees, to name a few.

The Face portraits of Lydon and the Banshees are absolutely fantastic it has to be said. And the Clash knew how to strike a pose from the day before Day One.

The candid black & white shots of the Moors Murders (Steve Strange, Chrissie Hynde…) are a great glimpse into the early punk scenes obsession with image, shock and outrage and a determination to be newsworthy, I mean, noticed.

With chapter titles including Fashion, Tribe, Music, Scene, Influence and Legacy, of equal importance are her candid reportage shots of the ordinary people who helped create and shape the Punk scene from its inception…

Something which struck me, looking back after the intervening decades and Oi!, Anarcho, Goth, wave after wave of punk-influenced variations, is what a bunch of ‘middle class’ art-school posers a lot of the ‘original punks’ seemed to be.  (Not an earth-shatteringly original thought!)  Oh, I know a lot of key players, Mick Jones, Lydon, Dee Generate etc weren’t, but the ‘poser’ element look even more like the kids of stockbrokers slumming it and play-acting now than ever before weirdly. 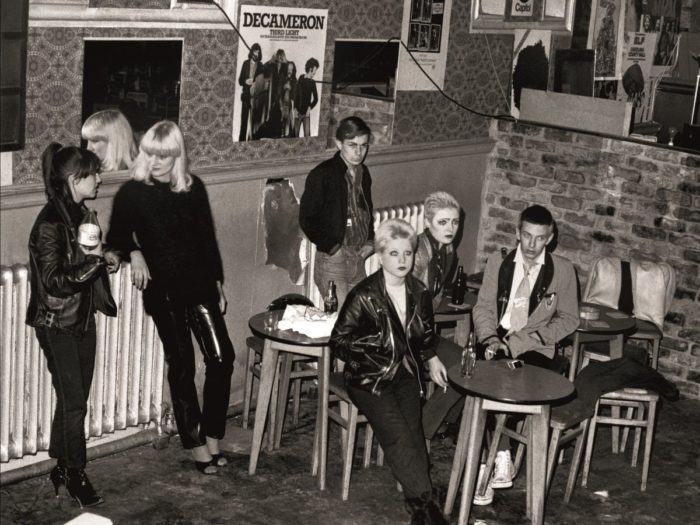 Those who are not included:  Adverts, Penetration, 999, Vibrators is kinda telling… Rock had an eye for snapping ‘pretty boys’ with career potentials like Simonon, Idol and JJ.  Was she directed towards certain bands by pushy managers?  Who am I to say, I was in double maths hundreds of miles away.

It is good to see the Cortina’s, a very young The Cure, Subway Sect and Eater included alongside the Clash with my good showbiz friends Andy Blade and Rob Symmons having their say in the text.

Jon Savage comes over as a parody of Jon Savage. Punk was…’so complicated and so all-involving and very deep. Profound psychologically in some ways.’

Whereas Chrissie Hynde is of the opinion that:  ‘The legacy of Punk is fashion. And fashion is what Punk didn’t think it was. It was anti-fashion. It’s ironic.’

Thanks for straightening that out Chrissie.

Buy the book from Waterstones or Amazon