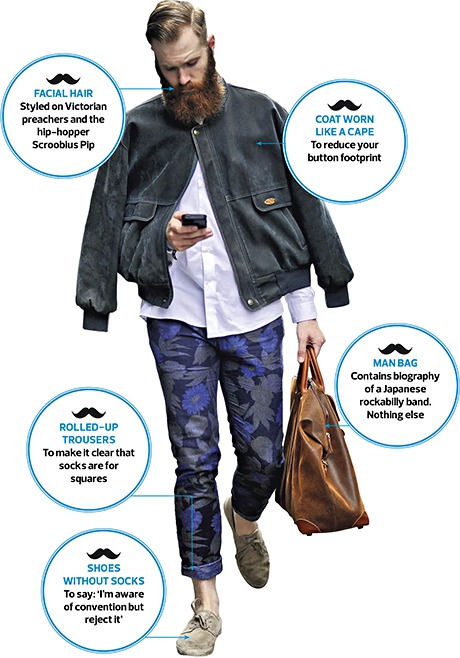 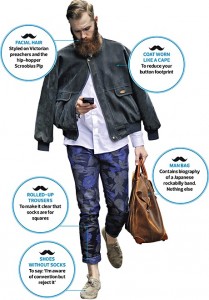 Young people nowadays with their funny clothes and funny ways!

At the tender and merciless age of 50 odd or as my youngest son, who reliably keeps me informed, au courant and infact versant of all modern music making that make me the most in touch fifty something on this blighted isle, calls me the oldest hipster in town, I was confused by a recent and far trip out into the real world beyond the gleaming offices of London’s media land. A media-land that is the gleaming palace of wisdom that the rest of the country awaits and watches with baited breath for jewels of wisdom about culture from experts like myself and the humdrum wit of Paul Merton and the other luvvies.

My son took me to London’s east end – a strange place a long way away from Islington but I was fascinated by what the rest of the UK looked like so went with him. He took me to a place that was clawing and crawling with young people who, shockingly, had bear like beards and dress sense that I didn’t understand. He reliably I iapprized me with the knowledge that these were ‘hipsters’. I was appalled by their youthful excitement and antithetic way of doing things that didn’t match my own starched sense self worth.

They were sat around, smug in their youth, wallowing in their appalling culture of music that sounded like a noise to my discerning ear. They were giving their own culture a bloated sense of self importance like it was some kind of high art. Their music, like their scribblings, is the equal to the youthful bovine buffoon with scraggy and craggy beards sprouting from their childlike heads and has the vaguest notion of good. Real heavyweight genius is contained in my books, not in their supercilious and smirking culture of click click click websites and click click click muzak.

Back in my day we knew about culture and music. Our music was deeply inteligent and you could hear the words. Nowadays it’s just noise for drinking coffee to and listened to by unfledged young people having a good time.

We are awash with hipsters. They are the terror of these modern times with their ironic music and their ironic beards and the way that they ignore my mumblings and grumblings as I sit poker faced in their bright and shiny cafe of cool in Hoxton. It was not like this back in my day.

I seemed to have perambulated into a young person’s cove- you know the type of place full of the tenderfoot and hirsute and I was instantly confused by the place. These youth were dressed in a way quite different to my own attire and none of them seemed to even know who I was. Surely as someone who is central to modern culture and existing in the middle of London’s media-land I should hold some sort of cultural cache here?

It wouldn’t have mattered anyway because as I tried to order a coffee I became confused by the several different types of steaming beverages that were available and had to guess at one before sitting down and finding my neurones and neurosises confused by the awfully loud music ironically pouring out of the speakers. It was avidion of hell that only Dante could have dreamt of and I left muttering about ‘young people nowadays’ before my son ran out of the cafe and cajouled me for forgetting him.