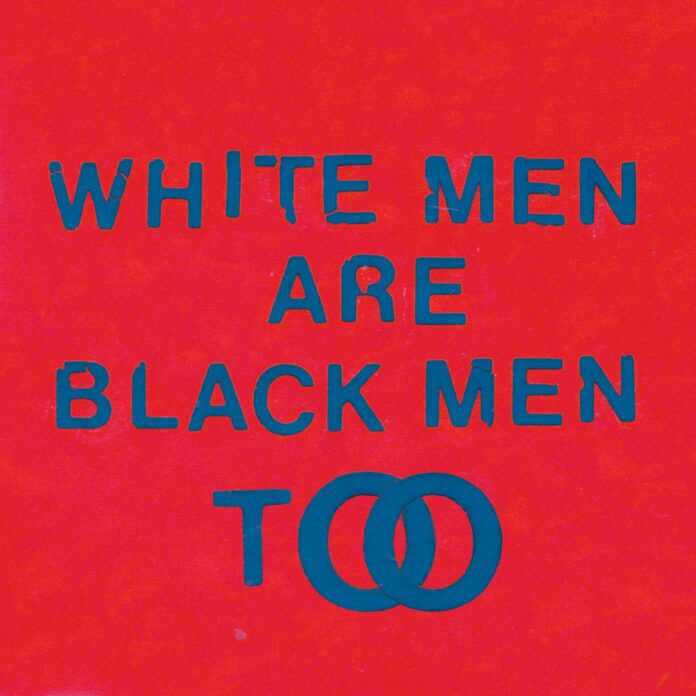 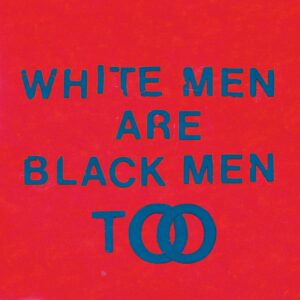 Following up a Mercury Prize award can be difficult for some so how will Young Fathers fare with their follow up to Dead, White Men Are Black Men Too? Well the band have not just coped with the pressure and the acclaim but have created a modern politi-pop masterpiece. Simon Tucker explains.

Young Fathers are vital. They are a group of artists who are managing to blur the lines between social commentary and melodic pop. They are the encapsulation of what good, thought provoking pop music is all about. Sniffing at the label pop music? Well dry your nose and suck it up because Young Fathers ARE pop music. They are pop like Marvin Gaye was when he hit the charts with What’s Going On? or when The Specials hit the top spot with Ghost Town, or even when those fab four rocked out with a song about Revolution. There are so many moments on WMABMT that deserve release, radio play, and chart entry and like the aforementioned songs, they perfectly blend the edges making songs that are hook-laden but smothered in a dark energy that can be insanely tuneful yet also incredibly uncomfortable.

Take, for example, lead single Rain Or Shine. This song shares the same DNA as their previous big hitter Get Up as it has an undeniable hook (once you’ve heard that wonky incessant piano phrase it proves difficult to dislodge from the mind for a long long time) and an instantly yearning and emotive lead vocal that is beautifully introverted and actually rather sweet before a spoken word verse starts to layer the tension and grip your mind. Rain Or Shine marches along and as the title is repeated and ever increasing layers are added and smudged the song builds into what is an outstanding piece of twisted soul music.

Sonically this a perfect signpost of what to expect on WMABMT as the entire album’s production is murky and warped, refusing to allow its secrets to be revealed on a first listen. Reminiscent of Real Gone-era Tom Waits or the earlier, more lo-fi recordings of Big Dada label-mate Roots Manuva, this album plays like a charcoal painting where there may be light in the mix but the real beauty is in the rubbed out edges.
Another aspect of the production is that it’s so damn loud. Everything seems to be bleeding into the red and like Raw Power or Loveless, no matter how high you have the volume settings it will always pack a punch.

Take Old Rock n Roll, a highlight on the album and its most powerful moment. On this song, Young Fathers slam us into biblical, hard hitting hip-hop territory. A tribal rhythm rolls and rolls and rolls and flourishes of instrumentation wash and sway underneath. Completely irresistible, Old Rock N Roll also lays out the album’s lyrical manifesto as it is where that controversial (to some) album title first appears and explains the groups opinions on racism and our attitudes towards it. Don’t be mislead into thinking this is where the group start laying down the “he shouldn’t do that, they shouldn’t act like that” sermon. This is the band stating that we are in the year 2015 and racism is still so prevalent in the world but it’s not just white on black racism that still exists but racism from all cultures that needs addressing and fixing. Old Rock N Roll is utterly compelling and brutal in its honesty and polemic.

It’s not only racial issues that get addressed on the album as many other human concerns (religion, sexuality, parenthood) are dealt with in a forthright manner but are made easier to swallow with the truthful melodies scattered throughout.

Like on Shame (which has to be a strong contender for the catchiest and prettiest song to contain the word “cunt”) where the band address the failings of a certain type of male and their attitude towards partners/friends and street crime culture. Shame travels at a such a speed that it makes it impossible to resist creating a pop (there’s that word again) song that is a cert for live favourite and a must-own for those who like to spin tunes in a nightclub. The added magic within Shame is the stunning choral vocals that struggle to break through in the middle and final section of the song. It’s a moment of utter beauty in an album strewn with such moments. Hugely emotional, Shame is modern Gospel created to be sung at the top of your voice.

Other left turns and corroded treats appear in the sludge stomp of Feasting and the alt-doo wop of closing track Get Started which swings and clicks like a 50s vocal quartet transported to the urban streets of current day Scotland.

White Men Are Black Men Too is an outstanding album. It’s an album that you can go to time and time again and still find something new to excite and delve into. It’s full of rage and subtleties, introversion and explosion. Instead of cashing in on their new found popularity with Dead mk.2 Young Fathers have gone back to their earlier material and created a piece of work that will excite anyone with an ear for great, thought provoking music. There may not seem much in the way of standard song structure here (why should there be? Didn’t harm Bowie when he discovered the wonders of Berlin) but there lays, at its heart, a taste of every great musical genre that’s preceeded it. Krautrock? Check. Soul? Check. Punk? Check. But in the end it’s all just pop music. Great great pop music.

All words by Simon Tucker. More writing by simon on Louder Than War can be found at his author’s archive.