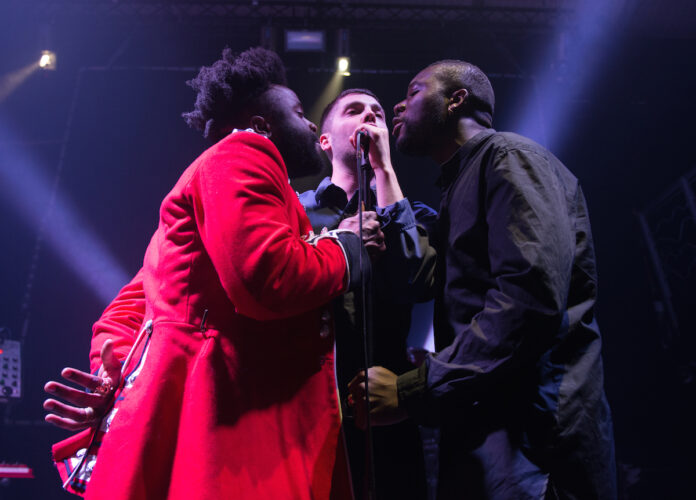 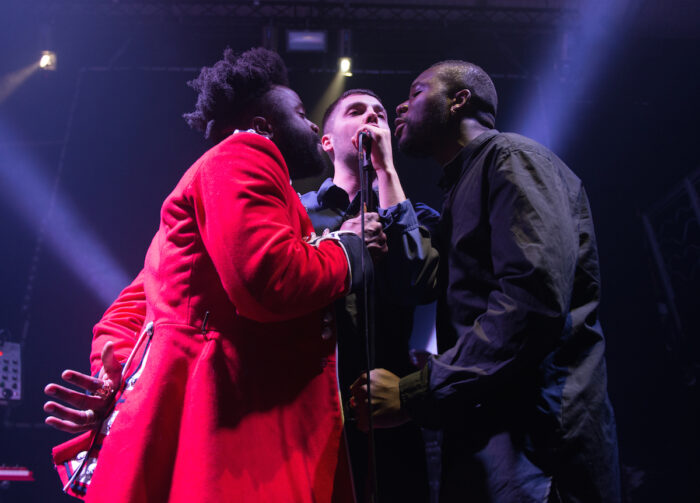 Last year’s Mercury prize winners leave us astounded, inspired and generally overwhelmed by the end of this evening. As well as leaving us questioning whether or not genres really have any relevance at all any more?

Mercury and SAY award winning trio Young Fathers have released a stunning new album in White Men Are Black Men Too and tonight is just the second in a mammoth UK tour. An excellent supporting cast precedes the incredible Scottish trio and unfortunately having missed Hot Vestry, we’re in time for Kojey Radical. A set filled with emotion, tight lyrics and incredible acapella ability.

Kojey appears to be moved by the reaction to his set, as he amply warms everyone up with plenty of crowd participation. Yet there is a palpable tension as the lights dim and drummer Steven Morrison takes to the stage and provides an explosive cacophony of sound to signal the start of the set. As the trio take to the stage to rapturous applause, they waste no time in getting stuck into No Way. 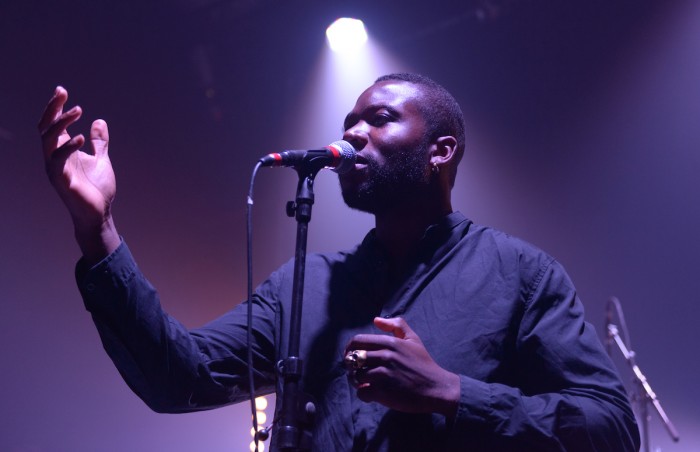 With the set continuing at pace, Queen is Dead’s brutal lyrics and visceral performance come together as one. What is immediately striking is the lack of genre as the trio effortlessly traverse a multitude of sounds. The tracks come thick and fast, the lack of any pause for breath adding to the intensity and atmosphere.

As Get Up marks the mid point of the set the mood changes in the room, a sea of hands in the air before me, the packed crowd singing every word back, adding to the incredible atmosphere that these three guys are creating. Despite all of this Young Fathers take all of this in their stride whipping this crowd into a complete frenzy.

The only criticism we may have is that the trio seem to be averse to interacting with the crowd, which is a shame but we’re more than happy to forgive them. Especially when they have tracks like Old Rock N Roll, an incomparable slice of music that sees them bisect genres with ease. The mix of vocal stylings in just this one song is awe-inspiring. 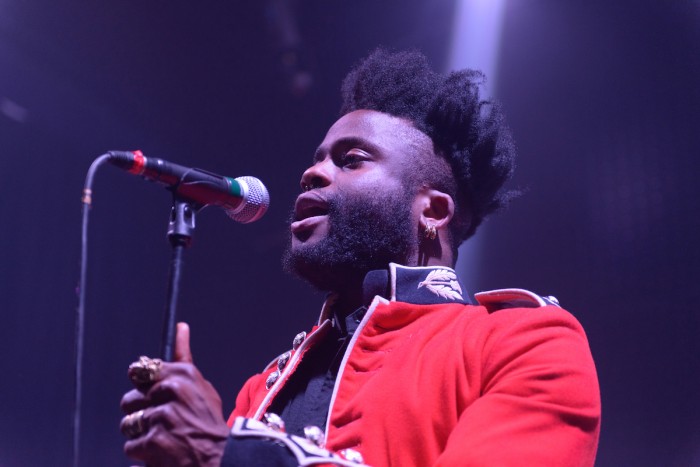 With their set drawing to a close they’ve saved some of their best until last, as the phenomenal Shame emanates from the stage in what proves to be yet another moment to savour in a set that is crammed with wonderful moments. As they close out with the beautiful I Heard, we’re left asking ourselves what is the relevance of genres any more?

The only answer we have right now based in this stunning display of music is that there is no such thing; Young Fathers combine a vast variety of sounds from such a wide spectrum with relative ease. This will surely go down as one of the gigs of the year, having answered the previous question we’re just left filled with excitement and adoration.

Young Fathers can be found online here young-fathers.com. He is also on Facebook and tweet as @Youngfathers.