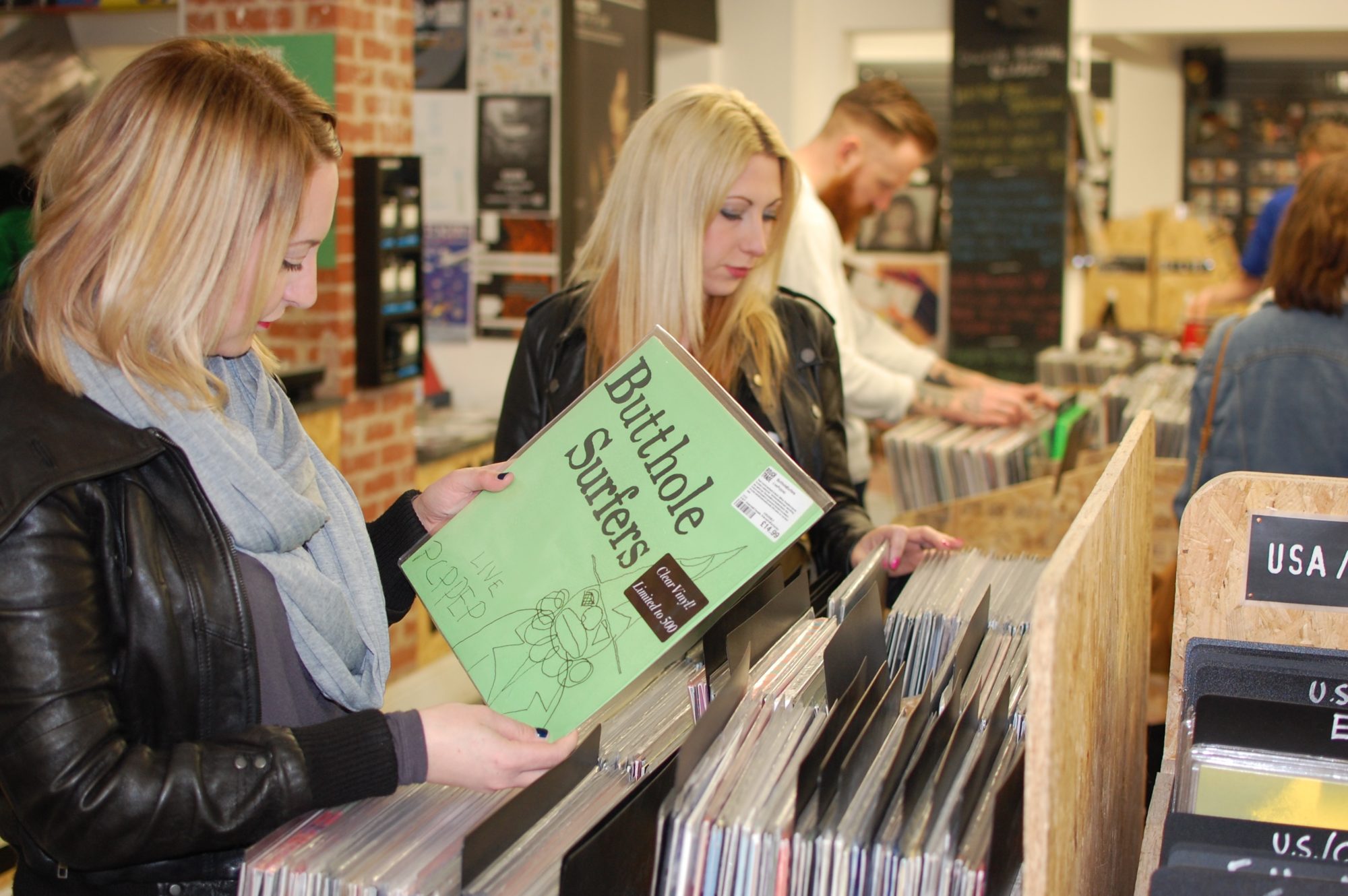 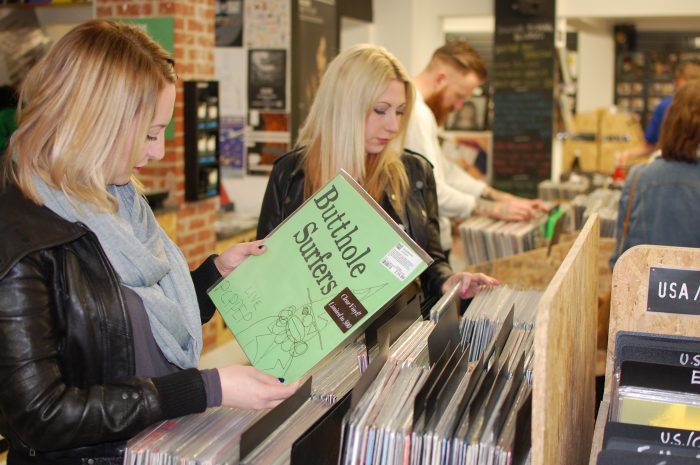 Formed from the ashes of punk band The Smears Natalie Caulton and Colette Elton have taken their sound in a different direction as duo You Want Fox.

Their debut album released in the summer of last year, You Can’t Sit With Us, flew under the radar of many but those who sought it out were rewarded with bold and heavy rock riffs paired with catchy pop choruses. Taking their technical set-up of bass and drums from Royal Blood the band look as much to pop titans as they do gritty rock and roll.

Having previously been members of punk band The Smears the duo have been writing music together for more than a decade, free of the restraints of genre and expectation they’ve been able to bring more influences to the fore in You Want Fox.

Now working on new material with a second album in the works they talk us through the top ten influences on their sound.

We love the juxtaposition between the silvery vocals Alexis brings to the table, and Derek’s bad ass heavy guitar riffs, its definitely something You Want Fox think about when writing. We love military beats and heavy bass lines, but we also like adding cute little vocal melodies that give our songs plenty of texture!

The thing that works with this band is the beautiful hooks and harmonies. The vocals are different and exciting it adds layers to the songs. With there being only 2 of us, we like to use vocal tricks to spice the songs up so that you don’t notice the lack of guitar in the band.

We love how stripped back the songs are compositionally, simple yet effective. We make sure our songs can be remembered very easily, we have been told our songs are Ear Worms and by the second chorus it’s great that you can sing along!

It is the beauty of mixing dirty riffs, with a totally contrasting vocal style that makes this band so intriguing and unique. As a band you need to bring something different to the scene, otherwise you get lost in a sea of the same old shit. We always have this in the back of our minds when writing.

We needed to include Faith No More because Mike Patton is a complete musical genius. He has managed to compose every genre and nail it. Our first album You Cant Sit With Us has many different styles within the album. Although we sit well in the garage pop genre, we do like to keep things interesting by adding bits of grunge, punk and rock into the mix. We don’t want to be pigeon holed too much, and we like to keep it interesting!

We both love this band. They have so much energy and this comes across live and on their records. Their riffs are heavy and they make you want to dance. The drummer is one of Colette’s favourites. They’re a mash up of punk/metal/jungle/reggae/hip hop-like us they can’t be pinned down to one genre. We definitely try to write songs that people want to bounce along to.

It might be surprising to a few people but Taylor’s influence is in there somewhere. Mainly down to her track Shake It Off. It’s a perfect pop song that makes you want to sing and dance along, which we may or may not have done together in the car once on the way home from a gig…

This woman rocks! She has such a sweet but awesome voice and all of her tracks have amazing vocal hooks and catchy beats. We saw her live in Nottingham last year with a full live band-she totally commands the crowd.

She is such a quirky artist and she isn’t afraid to push boundaries. Her whole style is amazing and she slays everything she does-fashion, music, rocking out… and her voice is so unique. I love the fact that she mixes genres and manages to put a pop edge into her music but still keeps it cool. We like to write music you can rock out to but it’s fun to layer vocal harmonies and quirky backing vocals over the top to make sure it sticks in your brain.

We love her attitude and she’s another artist who blends different genres together to come up with her own unique sound. We feel it’s important to have your own sound-a sound that is instantly recognisable. As soon as you hear an M.I.A track you can recognise it as hers, which is what we want with You Want Fox. We’ve been writing music together for well over 10 years now and we tend to write in a certain way together-we like to write different parts of songs and then stick them together, the more random the better!