Home Music Reviews Album Reviews You Blew It!: You Blue It – EP review 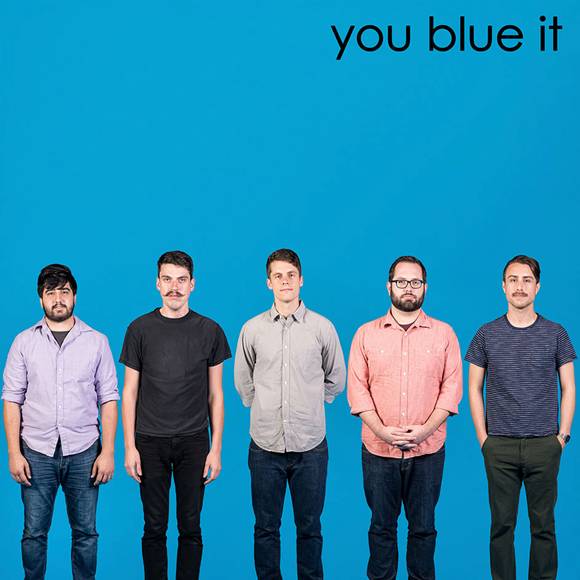 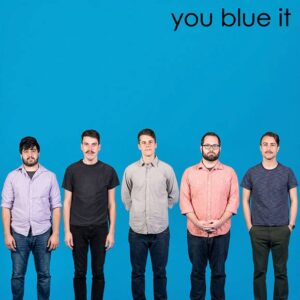 You Blew It! release their 5-track Weezer tribute EP which adds extra edge and oodles of love for  the surf rock ’90’s classics.

A cover is a funny thing. Born out of a love that shows itself in imitation or through curiosity (sometimes arrogance) of ‘can I make this thing I love better’ (‘I can…’). Yes, a funny thing that can shine light where before there were shadows and make both versions better for it, or can fall painfully short, a mockery of the original intent.

One cover version is not enough for melodic hardcorers You Blew It! though. No, they heart Weezer’s classic blue album so hard they have covered no less than five of the tracks, releasing them here as the You Blue It EP.

And their fresh bottling of this 20-year-old vintage is just the tonic of crunchy surf rock flattery.

The band made a decision to cover the tracks from the album which weren’t released as singles and the EP kicks off with In The Garage. With it’s lyrical shopping list of nerd obsessions, an ode to the underdog in the days before geek became chic.

It’s a faithful cover for the most part, the affection for the song and original band clear as You Blew It reach musically across the years to stand in solidarity. But come the middle eight and the guitars are pumped up to wonderfully warm tumbles that pull at the emotions, ever so slightly more than nostalgia.

As second track My Name is Jonah spins, the place of this EP as a tribute, a homage is clear. It’s a tiny bit edgier, a little shoutier in the lyrics but mostly a faithful rendering.

Only In Dreams sounds worn down – not tired but a glamour distressed around the edges. It is that perfect musical evocation of memory; tiny sparks of fire through a wooziness and that longing to go back to a moment passed. The guitar builds – the emotional pull again – while the bass and beat increase alongside your heartbeat until, breathe held, it all crashes over you. A devastation of being here right now and wanting to be back there, then. There is some intricate guitar play happening but it’s behind that bassline, the organic guh-gum that drives the whole thing through you.

Again, Surf Wax America sets off true to the blueprint but shape shifts towards the end as production adds a sheen, a gloss that seems pleasantly at odds with the tale of corporate rejection.

They end the EP with Susanne. This could be the Weezer demo for the song. Stripped back and wrenchingly reaching vocals. It is suddenly vulnerable against the full and exhuberant original. You Blew It! find a new beauty in their delicate offer, the song and the EP are more beautiful for it.

For fans of You Blew It! – and they’re a great melodic hardcore / power pop band in their own right, check out Keep Doing What You’re Doing which was released earlier this year – this will be a nice addition to the collection.

There is nothing radical in these covers but there is a lot of love, huge amounts of adoration expressed through faithful tribute, proficient flattery.

The EP will be available on 15 July 2014 as digital download and in August on vinyl.

If you haven’t checked it out we recommend you give You Blew It’s 2014 album Keep Doing What You’re Doing a listen for some sweet melodic hardcore.

All words by Sarah Lay. You can read more from Sarah on Louder Than War here or find her on Twitter.