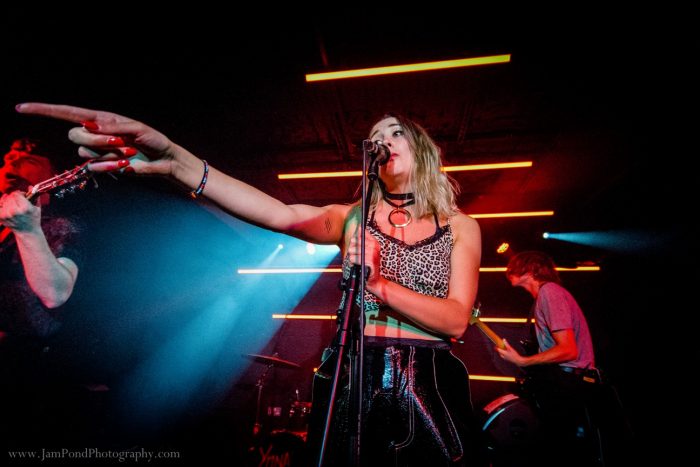 Brighton’s Yonaka must be one of the most dedicated indie bands out there. They regularly featured on the lower part of festival posters over the Summer season and continue to spend many hours driving up the M23. Yonaka are putting in the graft and are getting the rewards too.

I think the last time I was at The Borderline was to see Debbie Harry for two of a five night residency, back in October 1989. I’m very proud to still have a ticket stub which is stamped Number 1. (The tide is high). Back then, an inadequate stage was squeezed under a staircase. If I remember rightly, the whole place also stank of cooking fat, as a result of the burger bar in the back of the venue. Happy days.

Now, The Borderline looks more like a set from Blade Runner (including a corridor to the toilets which has a lighting arrangement that has probably caused a few seizures). The venue has a feel for the future, so it was appropriate that my return visit after nearly 30 years was for Yonaka. 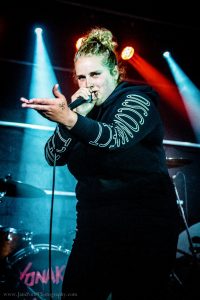 Before the main event, we were treated to a short three tune set from Bobbie Johnson, Brighton’s female rapper, who provided some old-skool style rap.  I was reminded of EPMD and enjoyed the mellow jazzy backing track on her track ‘Problems’. Looking at her fan page on Facebook, she also likes ‘Genesis Elijah, Phi Life, Ruthless, Terra, Nas, Buba Sing Song‘.  I must admit to being pretty much unaware of that collective body of work. Once an indie boy, always an indie boy.

Following Bobbie, London’s Free Money took to, and commanded, the stage for a set of straightforward indie/post punk songs. Sam, the guitarist, looked like he had been comparing rock pose lessons from Yonaka’s George, and managed to break two guitars in the process. The lead singer had the look of the Pistols’ Steve Jones about him and delivered a polished rock God performance. Catchy tunes, cracking choruses and plenty of pulsing bass lines. Enjoyable, energetic, enthusiastic. What’s not to like? 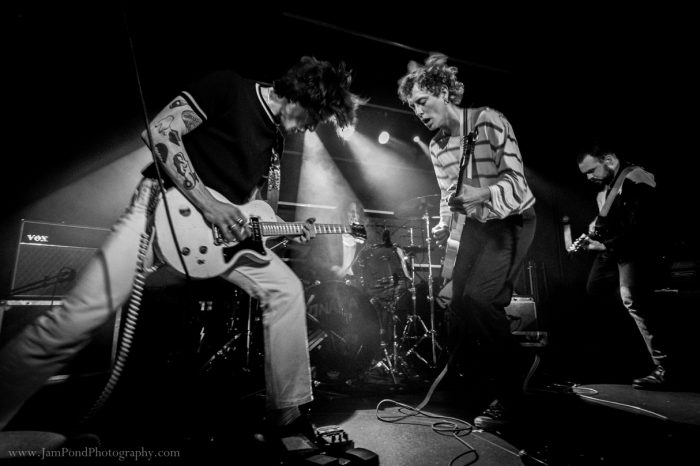 I’ve now had the chance to photograph Yonaka four times in 2017. I guess that makes me a bit of a fan.

The four-piece of Theresa Jarvis (vocals), George Edwards (guitar), Robert Mason (drums) and Alex Crosby (bass), perform as if they will never play again and want to go out in a blaze of glory. Robert and Alex provide a raw driving force behind the band. George writhes over his guitar, whipping up the crowd. However, early in the set George asked for people to calm down a bit, as he was worried about the mosh pit would end up on the stage. Health and Safety gone mad? 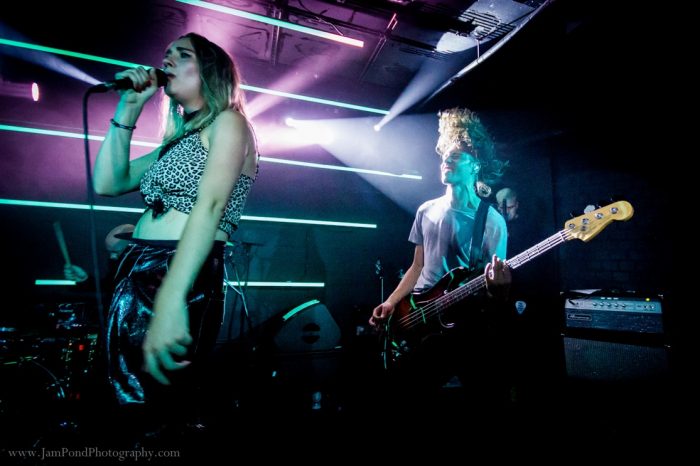 Theresa has the sound of early Banshees about her, not only in her tone, but also in the way she delivers her vocals.  She belts out songs and jumps about the stage, pointing at members of the audience with her hand shaped into a gun. She stomps and poses and embraces the front of the crowd. She lies on the floor as her energy drains from her and at one point throws a handful of glitter over me. 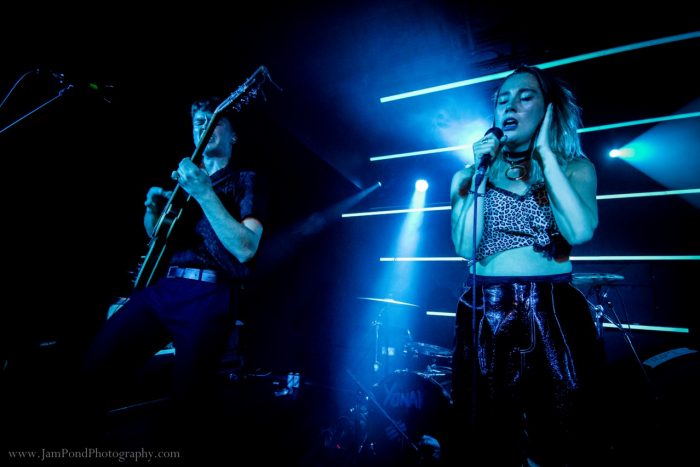 I did get plenty of witty comments on the way home. People wanted to let me know it was a ‘sick look’ and I was asked if it was raining. Both my home and cameras are still covered in the stuff. Which, had it come from anyone else, I would have been a bit miffed about. But I’m quite chuffed that Theresa chose me to cover in glitter. Or was it Yonaka’s stardust?

Yonaka are now on the upward track. They now have the machine that is Atlantic Records behind them and are hitting the road, yet again, in October with Anteros and Stereo Honey in tow. I’m looking forward to photo set number 5 when they come back to London.

Photos and words by Marcus Jamieson-Pond.

Reviews by Marcus for Louder Than War can be found at his author’s archive.  More than 200 gig photography portfolios from 2017 can be found here