Doom as a genre is in rude health at the moment, a fact that the number of astonishing tours and releases by artists practising said grim art will testify too. Two Autumn releases we’re particularly looking forward to are by Pallbearer (above, left) and Yob (above, right) whose new albums drop in August and September respectively. The two bands have also just announced that they’ll be storming over to these shores for what can only be described as a joint UK / EU tour from the very bowels of Hell in Autumn time too in support of said releases. Check out the rest of this post for full details. 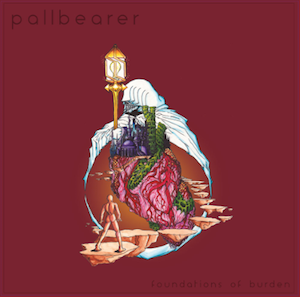 Taking things chronologically, Pallbearer’s new album, Foundations Of Burden is to be released on Profound Lore in August. The album is the followup to 2012s monumental release, Sorrow & Extinction, which garnered widespread praise from the likes of Pitchfork, SPIN, Rolling Stone and countless others. On this new album, we’re told:

“Pallbearer have created an album much more advanced, moving, and sonically glorious than their debut, continuing the band’s ascent from the doom metal scene into the mainstream music world.”

The album was recorded in Portland, OR with legendary producer / engineer Billy Anderson (Neurosis, Melvins, Sleep, Swans) and is six tracks long.

“This new album delves even deeper into Pallbearer’s melodic contexts, which adds a new and compelling dimension to music which has long since proven itself to be inexorably captivating; if Sorrow and Extinction created massive waves in the metal scene, Foundations Of Burden will create the stuff of legends.”

The track list can be found below, cover art to the right and up a bit and behold, here’s a sample track off the album: 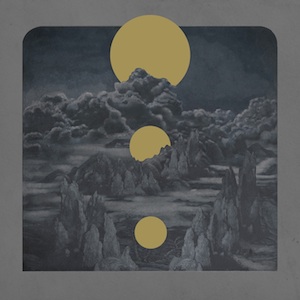 Also two years after their last release, Atma, Yob will be releasing Clearing The Path To Ascend in September on Neurot Recordings. The album is four tracks long and we’re promised that it finds YOB on formidable form, one which suggests people will be anointing this release as the crowning glory on the band’s two decade long existence.

“With Clearing The Path To Ascend, YOB explores a thunderous dimension that’s familiar in its auditory clout but completely new in the execution of its trajectory, taking the band’s sound into a remarkable place as ethereally compelling in its aesthetic, as it is merciless in the magnitude of its sound.”

No sneak musical previews on this one as it’s only four tracks long – but we don’t really need them to know this is going to be killer really do we? Oh, and fyi, we have got this teaser video:

The two bands, in a move that makes perfect sense, have an extensive tour of the EU together lined up too. The tour will mark Pallbearer’s first European tour so we should all go out and make it one to remember for them eh? UK dates in bold along with links to buy tickets.

YOB – Clearing The Path To Ascend:

All words Guy Manchester. More words by Guy can be read here. He tweets as @guid0man.