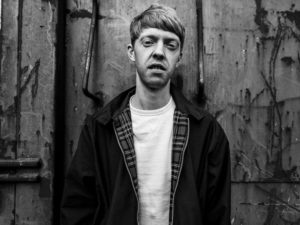 ‘Mae’n Hawdd’ follows on from his acclaimed debut solo single ‘Caneuon’ and sees Hughes take his sound even further sharing an epic guitar quality with fellow Welshman and the grandiose pop of McAlmont & Butler. The single was written five years ago following a midnight coastal walk and you can really feel the ebb and flo of a tide and the chill around the edges a gorgeous fog can provide.

Featuring long time friend Mali Llywelyn on vocals, the song was recorded with a mixture of 80s sequencers, 70s string machines and melancholic harmonies. The song is according to Hughes:

Ynys has a full summer and autumn on the road playing at different venues and festivals including Sŵn Festival in his adopted home city of Cardiff.

Midnight clouds, rolling waves,
When I go back, I here those words,
Feels like an echo, the sadness returning.
The voices they call me under the deep dark sea.

Can I tell you where I went,
Can I explain to you

The train’s waiting, but I’m still waiting for you.
Like somebody I used to know.
Do you want to be someone, who never feels like this.
The voices they call me under the deep dark sea.

Can I tell you where I went,
Can I explain to you