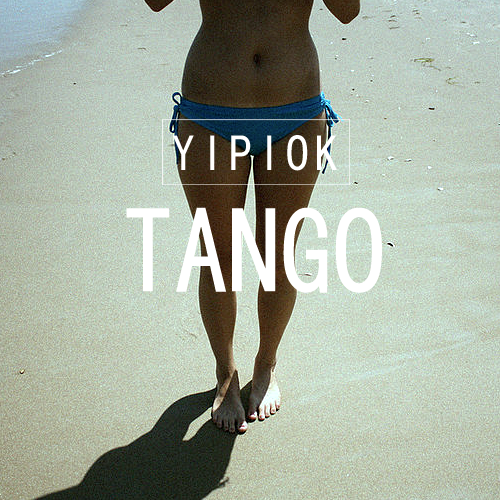 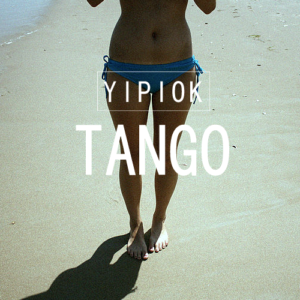 Here’s a new band called YIPIOK (pronounced Yipee OK) and they’re from Southampton. Keith Goldhanger introduces us to them.

There’s not a lot for us to say about them yet except they’ve got a great name, can be found easily on the ‘net and have a fab debut tune available called TANGO which at first we thought may be referring to the beverage but once the tune gets really going we realise it’s not.

There’s a lot to say about this two minute 47 second tune .
The lyric in line one……

” I was sitting in a South American bar drinking Pepsi”

…is fab because if they’d said whisky we’d have given up immediately. Pepsi is more exciting than whisky because once you start telling people you’re on the lash and people think you’re singing about being on the lash they tend to take anything else you have to say with a big pinch of salt, thus ignoring anything else being said.

They sound a bit like that band BOATS we walked into during Liverpool Sound City in 2013 and as this lot happen to be from England and not Canada then we may just get a chance of seeing Yipiok more than once in our lives.

Every song ever that has also used the lyrics “And then I kissed her” in them have been great.

There’s a bit in this tune that lasts about 6 seconds that reminds us of the best bit about The Arcade Fire.

The synth during the first minute reminds us of a TV show theme tune we watched as kids but are nowadays far too pre-occupied to try to remember the name of.

His voice (We haven’t even made an effort to obtain names yet) reminds us a little (for about three seconds) of a Dave Baker era-Mercury Rev (“Car Wash Hair”).

We’re not sure about that guitar solo to be honest. It sounds like, dare I say it, practiced? Some of us prefer things that sound like they’ve been made up on the spot and we reckon this may be the result of an argument the guitarist won on the day of recording with the rest of the band who buggered off to the Chip shop whilst this was being added.

In a weird way it reminds us of The Strokes for about 8 seconds in the middle.

And Chas and Dave (Three seconds about a minute in).

There’s a bit about two thirds of the way though where the vocals just amble around in the background and for some reason one half expects the same voice to shout “ETHEL !! PUT THOSE CLOTHES ON!!” which is a reference the older readers amongst you may remember to a song that referenced a blip in our lives when some people thought a way to improve their social life was to take off their clothes and run around naked.

If you spell the bands’ name with too many P’s when looking for them on Youtube you get to watch four kids dancing very badly but casting very cool big shadows.

If you spell it wrong in Google you get a facebook page about a Nesquick Bunny.

If you play this tune more than five times you’ll be hooked.

“Tango” could be a Christmas tune if they’d mentioned Christmas in the lyrics (which they don’t).

We like the way it all stops as the vocals carry on.

It’s appreciated that not everyone will love this, but those that do will be infatuated with it and wonder if this band will be able to throw us more tunes like this.

It’s quite possible that there’ll be more people concerned with the latter part of that last sentence than the first bit.

It’s a bit like when we first heard MGMT when they only had the one song that didn’t get followed up for ages.

“TANGO” by “YIPIOK” has been on repeat in these ears for over a fortnight.

It deserves a page of its own.

Which is why you need to hear this.