Home Blogs Year 2000: The Millennium Year In The Eyes Of A Thirteen Year... 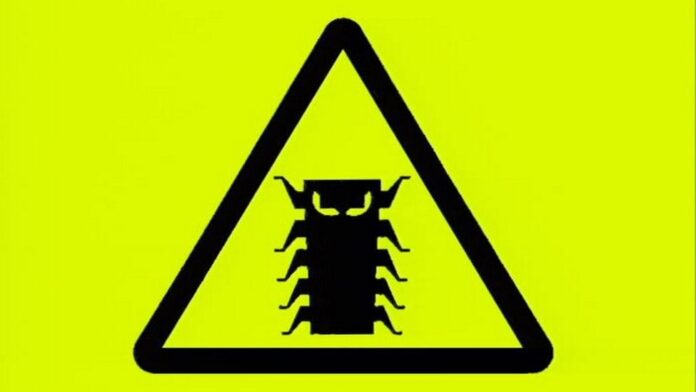 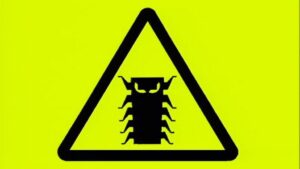 Twenty years on from the move to the new millennium, Amy Britton takes a deeply personal look at the year 2000 from the perspective of a teenager.

This year, pop culture journalism has seen a lot of twentieth anniversary pieces on landmark year 2000 releases. Poring over reflective thought pieces on Requiem For A Dream and Kid A, I found a perspective on my own on that era impossible to separate from any reflections on that particular year. After all, twenty nine days into that year, I turned thirteen, thus making it what Jon Savage would describe as the most pivotal year in most listeners music taste development.  Actually, if I am to be completely honest, I feel like it was the following year that opened up a lot more for me – simply because of how much exciting music appeared to emerge- but there was certainly a sense of identity blossoming through cultural choice, and it did not go without a soundtrack.

In a way that’s almost hard to convey to anyone not around at the time, the biggest sense of relief gained from the beginning of the year 2000 was that the world hadn’t imploded due a global technological glitch created by computing systems to recognise the number “2000.” Millenium bug relief having established itself, a lot of the music and art created in this time (most notably Kid A) seemed to be rooted in that kind of paranoia that it helped to create, which fell rather suitably – after all, what better soundtrack to turning thirteen than a deluge of contemplative moodiness?

In terms of significant listening for me in this era, things can perhaps fall vaguely into two camps; darkly sensual British women, and the conveyed angst of men over the pond. One album, perhaps inappropriately, that I gave heavy rotation to was the second Black Box Recorder album The Facts Of Life.

Its still a record that’s failed to date, because it wasn’t really like anything else at the time, and there’s been little completely like them since. I didn’t know anything of Luke Haines previous work at the time and could just take Black Box Recorder as they were. Voyeuristic on a level that would make Pulp at their perviest proud (on the title track, or May Queen), and also dealing with human remains in gardens, car crashes and drowned Victorian children The Deverall twins, it remains an album that asks you to sit uncomfortably, especially with such themes delivered in Sarah Nixey’s clipped, Standard English delivery. Often feeling my own voice was uncool, and also having no desire to adopt the baggy jeans uniform of the time, her polished schoolmistress act felt like something I could actually relate too. If The Facts Of Life, itself wasn’t enough, Goldfrapp’s sumptuous debut album Felt Mountain, was also released in this time – filmic, expansive and with a sense of darkness, it remains my favourite album of there’s and has certainly stood the test of time.

It’s perhaps worth noting that I knew I wasn’t necessarily like “mainstream” people. Okay, that’s a very typical thirteen year old thing to say, but my affiliation with the avant-garde has yet to wain and thus no doubt never will,  twenty years. Perhaps my favourite weekend of the trip to London with my parents, visiting my the newly opened Tate Modern. I clearly remember walking round drinking up every fragment with a mother who shared my enthusiasm and a father who “didn’t get it” (looking back, I hugely appreciate that he actually took the time to do this stuff in spite of his own disinterest – and yet what really stays with me is walking around the Tate Magazine and reading it on the long journey home to the East Midlands. The edition (called Desire Unbound, with Catherine Deneuve on the cover- I’m sure if I could ever find a copy it would make warm and fuzzy) had a big feature on a future obsession, Luis Bunuel, and via that magazine I also learnt about Breton and Lautremont. Even though I’m not an artist myself, I felt in some form I had found “my world.” Was it any wonder the theremin soundscapes and  twisted sexuality found on both The Facts Of Life and Felt Mountain appealed so much?

Places like the Tate Modern were made even more special by their novelty. There was an allure not just to London, but at that point in my life to any city. Establishing a social life in Nottingham was only a few short years away, but the city was still largely reserved for the occasional Saturday bus trip with friends. In a way that does not necessarily suit the classic “need to get away” break away mentality, I was far from unhappy in my small former mining town, but cities meant adventure. And no record captured their clamour, glamour and yet also their realism quite like PJ Harvey’s Stories From The City, Stories From The Sea, a record I’m delighted was released at that time. Still timeless, strident and a modern classic, Harvey’s urban reflections struck deep. It was the first album of hers I had come across and thus opened to a rich and brilliant back catalogue at a time I was discovering a wealth of interesting female artists in general, from Kate Bush to Riot Grrl.

Being a teenager is, of course, never straightforward. Already carrying a diagnosis of depression and wrestling with my sexuality even though even everyone around me was incredibly supportive, my need for relatable voices was a universal thirteen year old one. Sometimes, it came from the past. I absorbed Richey Edwards lyricism like a scholar, found solace in the gender neutral love songs of the Buzzcocks, and tried my and failed to replicate Johnny Marr’s guitar lines after borrowing and bingeing my uncles Smiths records. But there was no shortage of modern voices that seemed to act as a comfort blanket too. Elliot Smith released Figure 8, in 2000, and I didn’t have to reach far beneath the sun-dappled, delicate melodies to understand the hurt beneath. (It was to be the final album Smith would release in his lifetime before his suicide three years later,  rendering it far harder to listen to now than it was at the time.)

Smith wasn’t the only singer-songwriter to be reaching me from over the water – the release of Bright Eyes Fevers And Mirrors in this year spoke to me on many levels. Like Figure 8, there is a tense bitterness amongst melancholy, but it clearly reached many a wistful teenager in that year. The likes of Something Vague and A Scale, A Mirror And Those Indifferent Clocks ignited the hairs of the back of my neck and in a way which went way beyond the usual mirror of adolescent angst – in fact they would go on to have even more weight later on. When The Curious Girl Realises She Is Under Glass, meanwhile, was an early indicator of my almost synesathesic reactions to music; one bringing down of my eyelids evoking a sepia American imagery upon hearing (I’d also probably been far too influenced there by such imagery after watching the Winconsin Death Trip documentary the previous year – as one of the first “proper grown-up pieces” of television to truly enthrall me, it was quite an indicatory of the kind of imagery that would fascinate me for years to come.

The thing is, do I think turning 13 in the new millennium would have been any different if I myself had been different? Probably not much. Every teenager carries their own tribulations. Many of mine were minor – for example, my parents never batted an eyelid when I came out, where I know not everyone is so lucky. My story of the year is mine, but universal is many ways, even if the soundtracks will vary – its a story a future being shaped by musical and cultural choices. So, where this absorption of all this lead me in the long run, twenty years on? Well, specialising in avant-garde theories by day and writing music journalism by the evening for one! So maybe this is why I did not join in with the studious twentieth anniversary pieces that have appeared this year. It is, as I suspected, far too hard to separate from the dizzying, confusing, but often truly joyous experience of entering the world of teenage life.

All words by Amy Britton. Find more on her archive