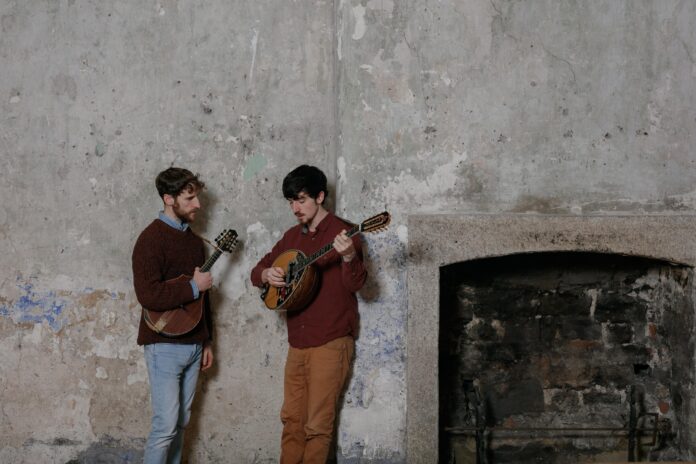 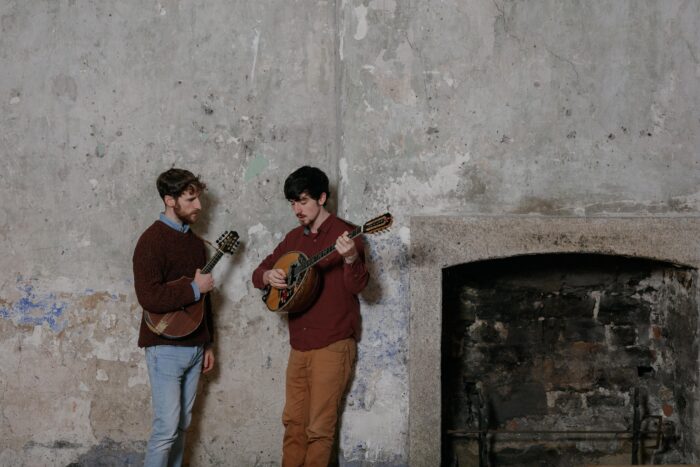 Nine Waves, the second LP by the Irish folk duo Ye Vagabonds, will be released in May.

Ye Vagabonds is the duo comprising two Dubliners – brothers Diarmuid and Brían Mac Gloinn. Their mellow music combines elements of traditional songs and contemporary indie folk. In November 2021, the band won RTÉ Radio 1 Folk Award as the Best Folk Group. In the wake of their upcoming release, the band revealed the song Blue is The Eye, one of the original songs that will sit alongside traditional tunes on the record.

Nine Waves was recorded in the Dublin Mountains at Hellfire Studios and produced by John ‘Spud’ Murphy. Having worked previously with black midi, Lankum and caroline, Murphy framed the rugged texture of a folk song with a halo of studio sound.

Nine Waves by Ye Vagabonds will be released on 13 May 2022 via Rough Trade. The album can be pre-ordered here.