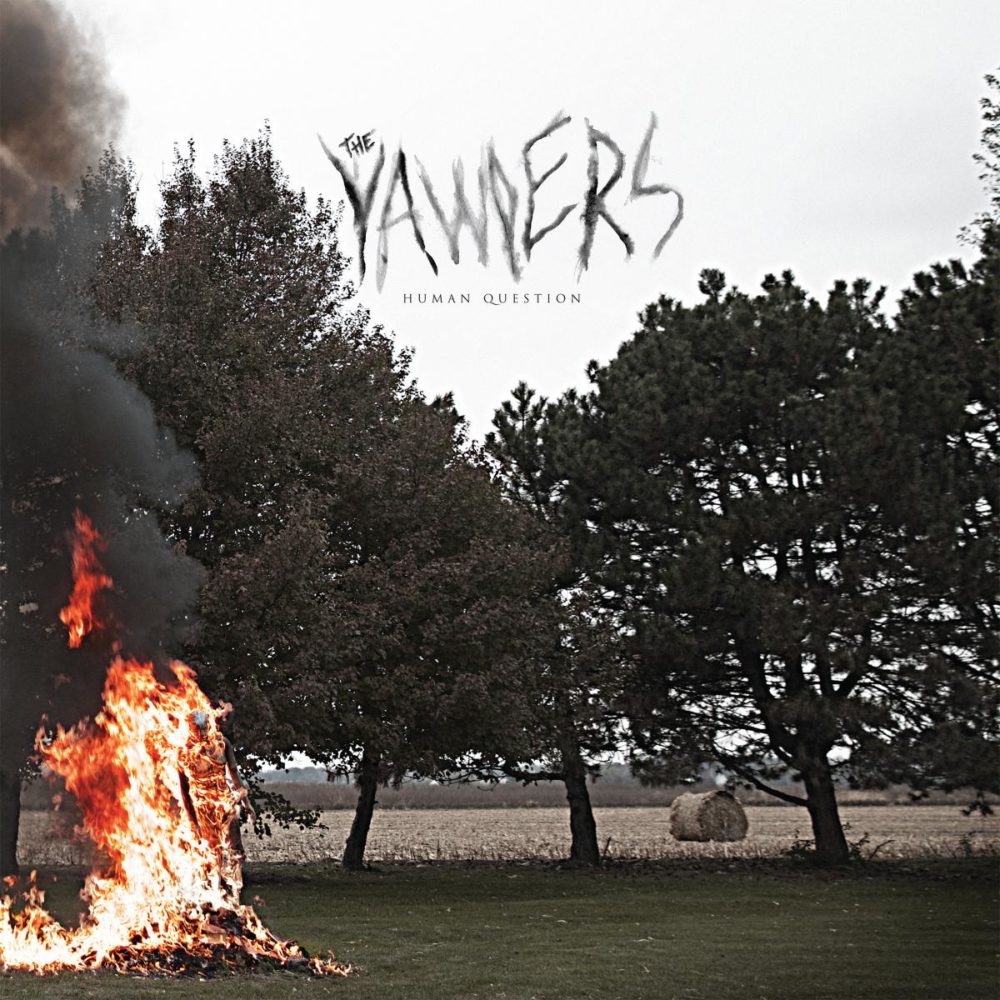 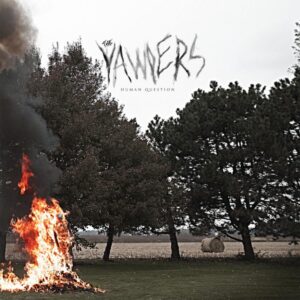 Denver trio The Yawpers are blazing a trail of roots rock brought bang up to date with balls and panache that gives one hope for the current state of American rock. It ain’t dead yet. On their last album – 2017’s Boy In A Well – they veered off left field to deliver a concept album set during the First World War, but on Human Question, their fourth, they deliver ten songs that, whilst having an over-arching theme of redemption, self-destructiveness, and the healing that can come from unity – be that in a band or society in general – is a ride filled with great songs that raise you up, smash you to the ground, and drag you to your feet again, until your ears feel like they’ve been in the aural equivalent of a mosh pit. These guys do tension and changes in tempo with real finesse.

Opening track Child Of Mercy sets the scene with its discordant intro. There is a Doors-like guitar hovering lightly over the dark rhythm. The vocals are shamanic, the lyrics full of street shaman smarts over a heavy, tight blues beat. The drums pound. The guitar gets dirty. There is a heavy bridge, the guitars slicing through like power tools, building up into an explosion of sounds ravaging the streets. Dancing On My Knees is more heavy blues with a 60s rock beat. The drums pound out the message hitting the beats on the vocal punches. The background vocals are like police sirens and a devil’s chorus. The bass veers off into demonic deepness. The violent chaos is controlled, brought back into subtle rhythm and a bottleneck guitar shrieks and howls like an animal in pain at the side of the road. There is more control on Human Question, a 70’s psychedelic rock infused song, but it’s a control filled with tension. It is the beauty of desperation and it builds up layer by layer. Man As Ghost is Americana tinged with folk music and displays a more contemplative side to The Yawpers. This is music played on a porch, staring across at a mountain sheathed in clouds, wondering about life.

Next up, Earn Your Heaven, is a raw slab of Stooges like rock ‘n’ roll mayhem. The drums pound and pound and hold it all together as the guitars strew the studio with mayhem. Time to take a breath with Reason To Believe – a delta blues number that resonates like a memory from some dim remembered past. It is elegiac and full of spirit. Carry Me is a gorgeous, slow-burn of a song that fuses gospel, soul and rock that starts slow and mournful as the singer lays out his sins and builds up into full throttle rock voiced fervour as he begs for salvation. Stunning. Forgiveness Through Pain is fuzz boogie woogie with Led Zep influences to the fore. It’s dirty blues, heavy with salaciousness. Can’t Wait returns to the laid-back folk tinged Americana sound, with a lighter touch that feels like the sun emerging after a storm. Album closer Where The Winters End has a 50’s ballad opening, followed by jangly 60’s rock. It’s a haunting rock prayer that is a perfect, thoughtful end to a great album.

It’s not always easy to say why a band sounds the real deal but these guys do. Part of it is due to it being so effortless, as though rock runs through their blood and into their muscles and straight into the instruments. This is roots rock at its basic level but so much more with complex shades that are revealed on repeated plays – that’s if you can switch off from the physical response your body has to the visceral blues rock hybrid. It has everything a good rock album should – rock out tunes with violent energy, nuanced moments of folk and blues, thoughtful lyrics and band members who all complement each other, each taking a moment in the spotlight but always remaining a band.

Recommended for people who like real rock ‘n’ roll music.