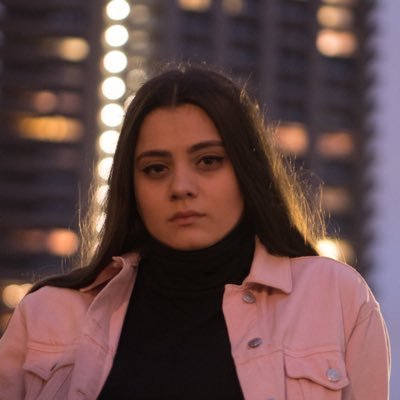 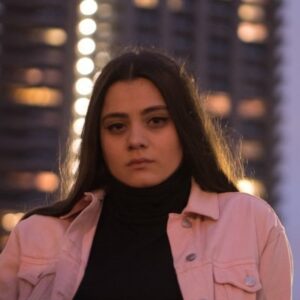 Joining the ranks of Joni Mitchell, Carole King and Janis Joplin as creative yet exciting female singer/songwriter is new starlet Yasmin Kiddle. On the verge of releasing her luscious debut single Turn Me Out, followed by EP Precede, which was recorded in part at Paul Weller’s Black Barn Studio. Matt Mead speaks to Yasmin for Louder Than War in this exclusive interview.

Can you please tell me about your upbringing and first memories as a child?

I was brought up around North London, being half Greek Cypriot and half English. I remember music being very present in my family. My first memories of music were seeing/hearing my Dad bashing out a tune on his acoustic guitar, this intrigued me. We had a piano as well. No one really played instruments very well like the Von Trapp family or something, but I remember there always being a huge passion for music.

What was the first music you remember hearing and what appealed to you about the music?

My Dad used to put on The Kinks You Really Got Me for my siblings and I so that we could run/dance around like nutters. The energy, passion and lyrics of this song made me want to perform and I would often pretend to. Billy Childish was another artist that my Dad would play for us, his confident punk tunes and all around creativity was something that inspired me a lot, he was also a mate of my Dad’s, which made it that bit cooler. My Mum on the other hand was very much a Motown/Soul girl, artists like Marvin Gaye and Luther Vandross made me fall in love with that soulful sounding voice/melody.

As well as what I remember hearing from my parents, as I got a bit older I was mostly listening to new R’n’b, Soul, Garage and Grime. Although the first CD I bought was Skater Boy by Avril Lavigne.

Who influenced you to listen to this music?

I was mostly into what my older brother and sister were listening to as well as what was popular for my age group at the time. Garage, Grime and R’n’b were pretty much what everyone was listening to especially around our area. I think this is where I get a lot of my inspiration for the electronic side of my music.

I first started singing in school plays around the age of 7. And it was roughly at that time that I went to a performing arts school called Bodens. I attended for a little while and landed some main roles in plays but quickly realised that performing arts wasn’t for me. I had started picking up my Dad’s guitar more and found that singing/song writing was what really fascinated me.

Who were your influences when you first started singing?

When I was 8 or 9 and started learning how to play the guitar my Dad would teach me songs like Knocking On Heaven’s Door, House Of The Rising Sun and Hotel California. Naturally I would sing along while playing and I eventually became as interested in singing as well as playing the guitar. I then went onto writing my own songs where I could explore my vocals more and make things sound exactly how I liked it. The first song I can remember writing was a heartfelt ballad on the piano about a homeless man I would often see outside the library where I lived.

Have you sang in bands before going solo?

Yes, throughout secondary school I formed a few bands with some of my closest friends, one of them was called Evolution. However, in college I began to take my own music more seriously and began gigging around Camden Town with a band, playing places like Dublin Castle and The Bull and Gate. My ultimate goal was always to be a solo artist.

You’re about to release your debut single. How has this come about?

I wrote Turn Me Out just after my first studio session with Steve Cradock in Devon. I was feeling inspired and ended up writing, recording and producing the song myself in my bedroom. It’s an all around very good example of my style of music and I feel like it sums up the sort of music I like.

On the record it features Steve Cradock of Ocean Colour Scene. How did Steve become involved with you?

Steve is involved in the EP as a whole. He heard one of my tracks through a friend and arranged for us to get into the studio together. I went and stayed with the Cradock family for a few days and it was instantly apparent that Steve and I had a great musical rapport. We started to work on some songs that I had already written/half written and got some demos down. A few sessions and trips to Devon later we had a large collection of tracks and an idea for my first single/EP. We then took the EP to Paul Weller’s Black Barn Studios in Woking and mixed the tracks to our taste. It was an all-around amazing experience and I’m really grateful for Steve’s input and guidance. It is most definitely an on going musical relationship.

How do you normally write material? Do you get an idea from something you hear or is it a more organic kind of process??

It’s not a planned process. I don’t set out times to write specifically, it just comes quite naturally to me whether it’d be a melody line, a lyric or a chord progression. I don’t have a set routine on how I write. Sometimes it starts with playing around on the music software I use, for example a drum loop or a synth. And then I just build it from there. Some songs I write in just a few minutes and other songs I start one day and only come back to it weeks or even months later. I just work on whatever takes my interest at the time.

What are your hopes after releasing the single?

I just want to get out on the road and start performing. I would like to collaborate with other artists and continue to explore my music as I feel like it’s evolving.

Will you be going out on tour at some stage?

I will definitely be touring, I can’t confirm anything yet but people can stay updated through my social media. (@YasminKiddle)

Are you hoping to release an album at some point soon?

There’s an album already in the pipeline that Steve and I have been working on. I’d like to spend time really perfecting it and I’d like to gain some more performing experience with this EP before releasing the album.

Finally, whose on your playlist at the moment?

I’m really into an R’n’b/soul singer called NAO, Frank Ocean is constantly at the top of my playlist as well, I’ve also been exploring a lot of Jeff Buckley’s music.