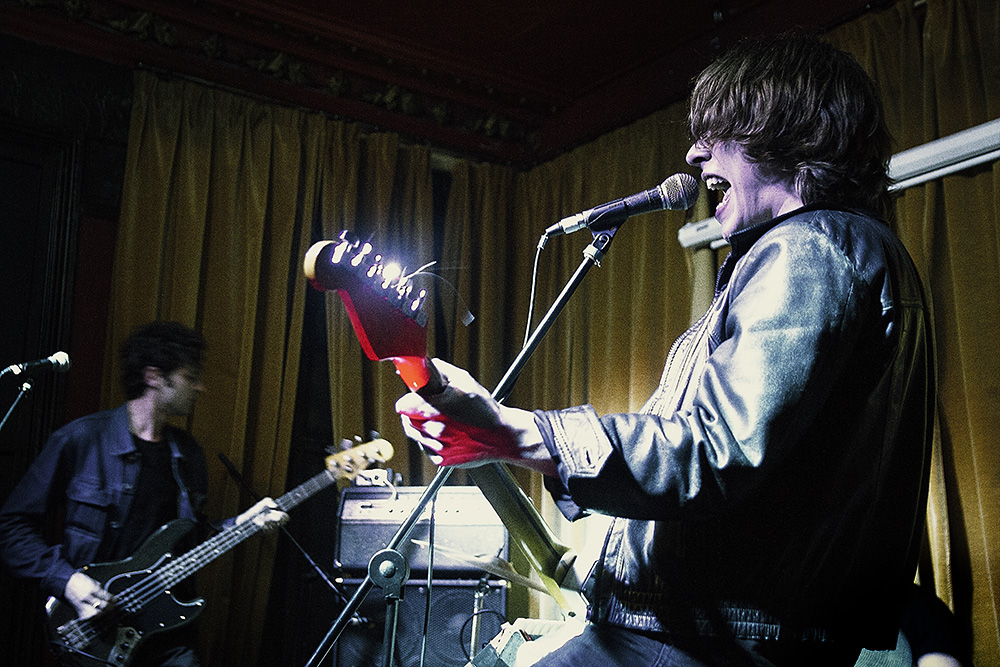 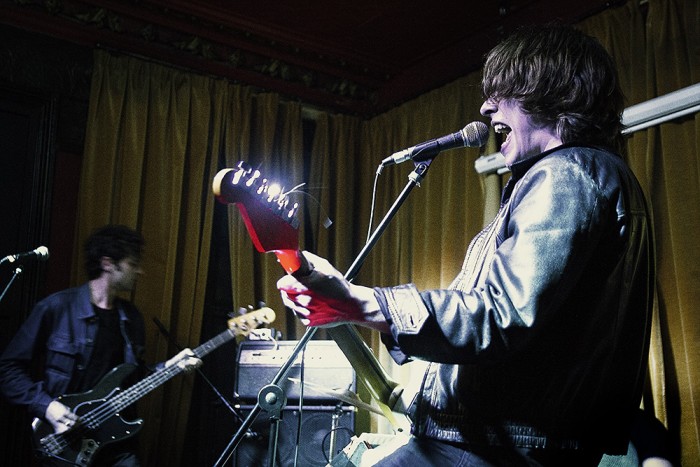 The upstairs room at Gulliver’s is a hidden gem. Just big enough to hold a fair crowd, whilst still being intimate, all it lacks is the space for an upstairs bar, but that is easily forgiven. It certainly felt welcoming enough on a rainy February night, and was full enough to have a decent atmosphere from the start of the evening. The first act of the evening was Rory Wynne, a singer/ guitarist ably backed by bass and drums, giving his dynamic songs punch. Hailing from Stockport, Rory was on home territory here, and had pulled in a fair crowd for an opening act. The vocals were a bit like a less-stylised Jake Bugg, a little rawer round the edges and delivered with more feeling, the guitars chord heavy, but none the worse for that. Like many sets, things got better as they went along, which showed in the growing level of audience appreciation. At times the lyrics came out in a constant stream, becoming the direct focus during the quieter interludes. Rory included both his recent single ‘Why Don’t Ya?’ and his new single ‘Heart of Stone’, which he used to finish a well- appreciated set.

Second support Swedish Death Candy were quite something. Their sound took in psychedelia, rock and even a bit of prog at times, a sound which they pulled off beautifully. Beginning the set with ‘Love You Already’, their sound was full bodied with all three guitarists adding into the vocals, but there was a slight discordance to the music, making them sound like exquisite music from a dream. The set continued with ‘Living Your Life Away’, a real slice of 1970’s bombast with more unfocused passages interspersed with multi-layered rock and pure, clear vocals. As the set progressed, the keyboards pushed through and the music had prog rock overtones, but never sunk into the worst excesses of that genre, staying true to the spirit of lush, full bodied rock. When they finished on ‘So Long’, both myself and the audience knew they had witnessed something pretty special.

Yak were, according to Oli, ‘a man down’, with bassist Andy Jones away for a while. Given the way Yak play flowing from one track into the next without stopping, this must be quite a disadvantage, but not, it seems, an insurmountable one. The drive of Elliot Rawson’s drums and the manic beauty of Oli Burslem’s, well, everything else, really, is hard to keep down. Ever the showman, Oli led an impromptu sing-along to ‘Stand By Me’ as the band set up, keeping the momentum of the evening alive. The set began with plenty of intense keyboards and guitars to top Elliot’s magnificently aggressive drumming, building the tension and anticipation from the outset. Things might not have flowed quit as easily without Andy, but they still managed to hit the right note, and the musical punch remained solid. By the time they hit ‘Hungry Heart’ with its superb vocals and powerhouse drums, Oli was off the stage, bringing the electric power of the band into the centre of the audience. There were many highlights to the set, the stunning atmospheric guitars of ‘Smile’, the in-your-face excellence of ‘No’ and the new single ‘Victorious’, but with Yak there is never a poor track, really, and it all melded together to form a glorious whole. The night ended fairly abruptly, but the bands work was done, and done handsomely. Another superb night from a superb band.

All words by Roxy Gillespie. More writing on Louder Than War can be found at her author’s archive. She Tweets as @RoxyG100. Photo by Chris Almeida.