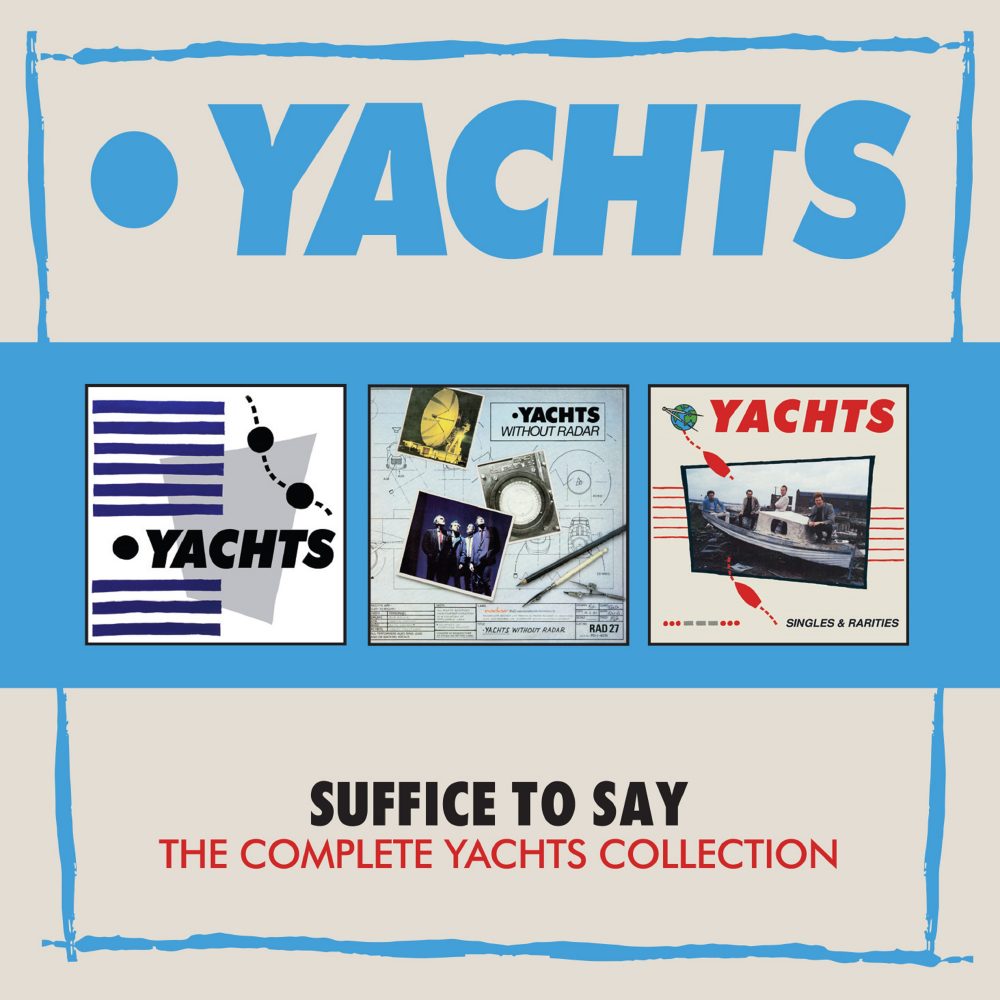 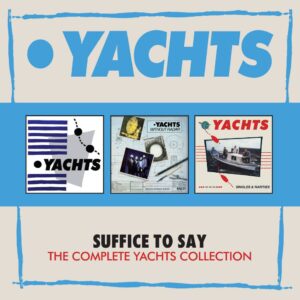 Filling a huge gap in the history of punk and new wave, Cherry Red have put together an anthology of Yachts’ entire back catalogue. Louder Than War’s Craig Chaligne reviews.

Formed in what was to be known as year zero (you know the one where everybody traded their ELP t-shirt for a Clash one ?) on the benches of the Liverpool Art College, Yachts (or Albert Dock and the Cod Warriors as they were first known) spent much of the following year honing their trade on the stages of the UK touring circuit while recording a single under the supervision of Will Birch. Starting with a bang this record contained one of the bands best tracks, “Suffice To Say” written by keyboard player Henry Priestman and lead singer JJ Campbell. Proving to be the perfect snapshot of what Yachts were to be, this catchy ditty with its carefully crafted arrangement is a true classic (the B-Side “Freedom Is A Heady Wine” is not bad either).

The departure of Campbell soon after this threatened to derail the band but they soldiered on with Priestman and guitarist Martin Watson sharing lead vocal duties. The band signed to Radar Records and after releasing a couple of singles (including a frantically good cover of the garage nugget “Look Back in Love (Not In Anger)” and an early version of “Yachting Types”), the band departed for the USA in the fall of 1978 to record their first album under the guidance of Blondie producer Richard Gottehrer. Known as “S.O.S” in the US and simply as “Yachts” in the UK, the record sees the band shed some of their garage-rock sheen for a more (for lack of a better word) “new-wavey” sound. The guitars are spikier, the keyboards lose a bit of their old time Farfisa vibe and the rhythm section must have been rubbing their hands in glee when they heard the record for the first time. The band don’t mess about, the songs are catchy with snappy lyrics. Priestman provides the majority of the material with ten of the twelve songs written or co-written by him, “Love You Love You” and “Easy To Please” engrave themselves in your eardrums while the urgent “Yachting Type” is a lost classic. Martin Watson provides two excellent tracks (“In A Second” and “I’ll Be Leaving You”) and provides excellent guitar parts elsewhere (check the catchy lick at the start of “Easy To Please”).

Henry Priestman said the band lost their way a little during the recording of the second LP “Without Radar” (titled this way as an homage to their former home of Radar Records) but it is a perfectly good follow up to “Yachts” and sees them succeed in the always difficult step of the second album (with the added setback of the departure of bass player Martin Dempsey). The production has a noticeably different slant than the one on their debut. If the winners on “Yachts” were the guitars and the drums, here it’s Priestman’s keyboards that take centre stage and fear not, our man is still holding on firmly to his organ so the garage vibe is still there (even if the synths make a headway on “Out Of Luck” and “Life Saving’s Easy”). The songs are uniformly good but maybe the record misses the standout tracks the first LP had. The band tries to innovate in their musical palette (“Spimosa”) and catchy choruses still abound (“Now I’m Spoken For”). The reworking of Holland-Dozier-Holland’s “There’s A Ghost In My House” with suitably spooky keyboard is an excellent cover.

Unfortunately the album didn’t sell and the band were dropped by WEA. Andrew Lauder (the former owner of Radar Records) came to the rescue but despite demoing a full album of songs (which went down a storm live) and issuing the excellent single “Fool Like You” / “Dubmarine” that showed a band growing musically and trying new things, they disbanded early in 1981 after Henry Priestman decided to pursue full time his involvement in “It’s Immaterial” with former Yachts lead singer JJ Campbell.  The third CD in this set assembles all the band’s singles plus an assortment of live tracks and cover versions including Bacharach and David’s classic “24 Hours From Tulsa” or killer song “Secret Agent”, originally recorded by The Olympics (and covered again by The Detroit Cobras in 2005). Add to this a 24 page booklet jam-packed with archive images, plus great liner notes by Henry’s current partner in crime (and Yachts fan) Les Glover and an essay by Mark Kermode entitled “Proud to be a Yachting Type”, and you have a boxset not to be missed.

Henry Priestman has been posting lots of Yachts memorabilia, diaries and press cuttings on his Facebook page.