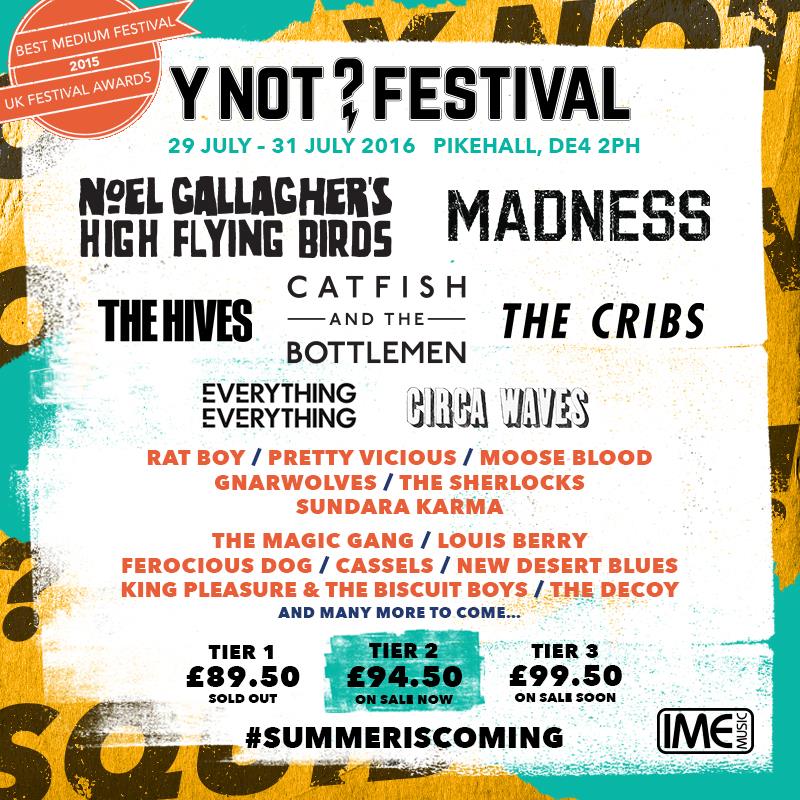 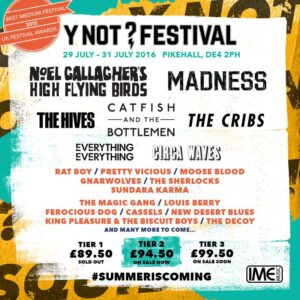 Y Not Festival has announced Noel Gallagher’s High Flying Birds and Madness as headliners for 2016.

The festival will be held at Pikehall, Derbyshire on the weekend of 29-31 July 2016.

Other acts announced are The Hives, Catfish and The Bottlemen, The Cribs, Everything Everything, Circa Waves, Rat Boy, Pretty Vicious, Moose Blood, Gnarwolves, The Sherlocks, Sundara Karma, The Magic Gang, Louis Berry, Ferocious Dog, Cassels, New Desert Blues, King Pleasure and the Biscuit Boys, and The Decoy.