Y-Not Festival has rolled out its first line-up announcement and taken the nation by surprise with the level of stardom it’s managed to attract. This summer’s weekend-long event will surely be one to remember for all that attend.

Y-Not will return for its 15th outing in the Peak District this summer and it’s sure to be a loud one. Some of the newest talent around will be joined by treasured legends to ensure there’s something for everyone to sink their teeth into. With tickets around the 100 quid mark, you simply cannot grumble at what’s on offer.

Royal Blood and Richard Ashcroft are the two headliners ticket purchasers have been teased with thus far. Come July, the legendary Verve frontman will have an army of raised hands on strings as he reels off his monster-sized anthems Bittersweet Symphony, Lucky Man, and The Drugs Don’t Work, among others. And speaking of monster-sized, the Little Monster rockers Royal Blood will add their own flavour of massive tunes – they’ve played the biggest festivals in the world including Glastonbury and had a bloody good time of it. 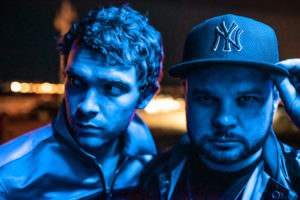 Elsewhere in the line-up there’s joy to be had as well, the soulful tones of Rag N Bone man will be taking to the main stage, alongside Bombay Bicycle Club and Craig David. For the price of the festival it’s hard to believe there’s still more to be announced, but a third headline act, along with a whole host of other artists are yet to be revealed.

The medium-sized festival offers camping, which is sure to attract large groups of friends and music lovers – though it’s not just the music that makes this Y-Not Festival a standout. There are four stages to be found at the festival in total, which include music, comedy and all other forms of entertainment. After the action finishes at night, Ynot offer a silent disco and DJ sets that go on into the early hours.

This looks set to be the biggest and best Y-Not Festival outing yet, and with even more to be announced there’s never been a better reason to get your friends (and beers) together and have a weekend of camping and great music.

All words by Jared Musson, find him on Twitter
Images provided by Y-Not Festival