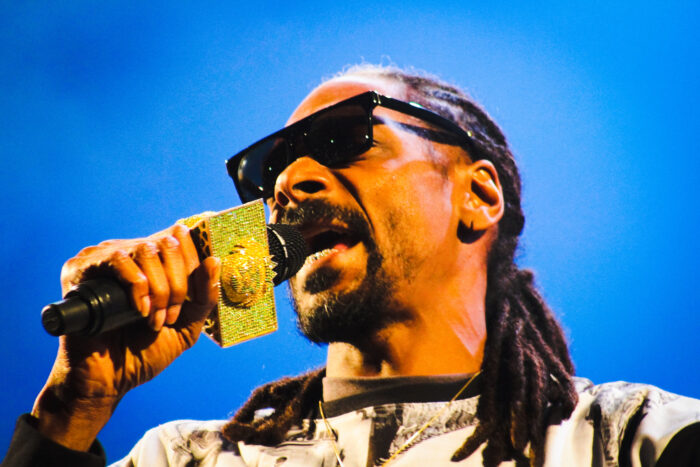 Kristen Goodall and Jennie Higgins hit the ever growing Y Not festival, deep in the Derbyshire Countryside.

When someone tells you, you are going to see Snoop Dogg live, the absolutely last thing you expect to hear following it is, in a field near Matlock in the heart of Derbyshire. Never-the-less this was the exact conversation I had, followed by the event I went to.

For a festival which mainly features indie bands, 2014’s headliner – Dizzie Rascall – came as a bit of a surprise even more surprisingly was how incredibly well his performance was received – roll on 2015 when Snoop Dog absolutely nailed an outstanding performance. Performing a great cross section of his ‘greatest hits’ alongside a selection of interesting musical ‘covers’ including ‘I Love Rock n Roll’ before the grand (and somewhat unexpected) finale of the Bob Marley classic ‘Jammin’. He had the audience absolutely enraptured with one friend quoting ‘Snoop Dogg is an absolute A man!’ 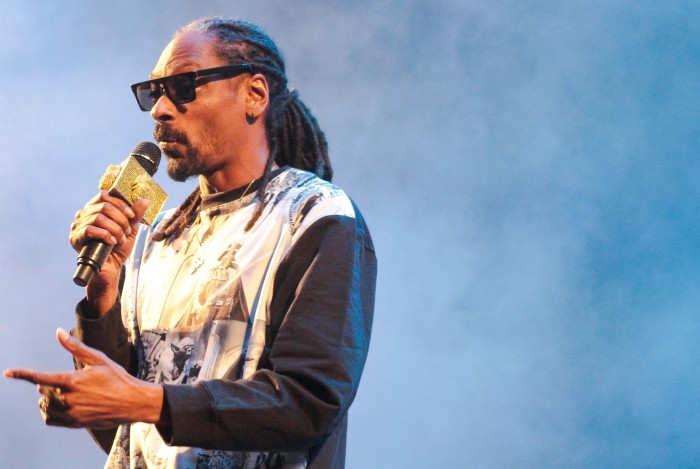 Y Not festival started out life very humbly as a small gathering of sixth form students from a Derbyshire high school featuring a couple of DJs and a few local bands, in its second year, it evolved to over 500 attendees in a quarry before double the following year at the new venue, Pikehall in Derbyshire. 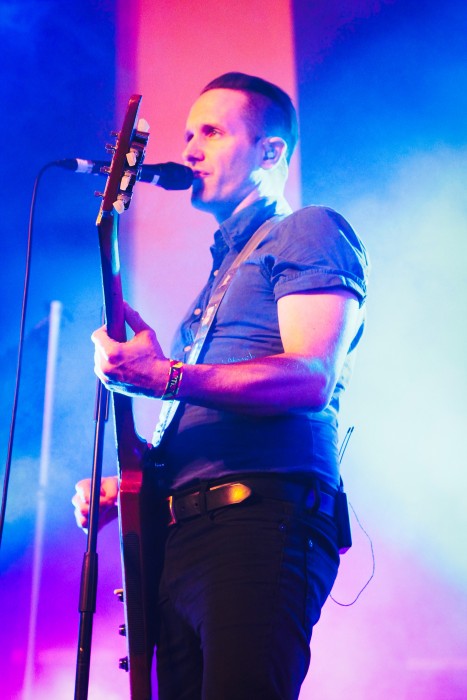 After the almighty hassle of our tent erection (stilted somewhat by realising half way through we had blocked in medics cars and having to relocate slightly), of course we headed to see Beans on Toast with Jay & Banjo Bobs sometimes thought provoking lyrics surrounding a number of different topics with the occasional self-proclaimed ‘drunk-folk’ stylings, the guys where the ideal band to set the stage for Ash (photo, right) to follow, serious fun followed when the boys joined us for drinks and dodgem crashing after the set, not to mention the late night camp crashing impromptu musical interlude, but that is a story for another day.

Ash, naturally nailed their set, playing their ever exuberant and energetic back catalogue of tracks combined with a few from their newest edition – Kablammo – fantastic name by the way. Special credit has to be paid to bassist Mark Hamilton’s lunge inspired stances which forced me to investigate who supplies the jeans he so dynamically stretches with no signs of tearing… Levi’s he informed me after the gig. 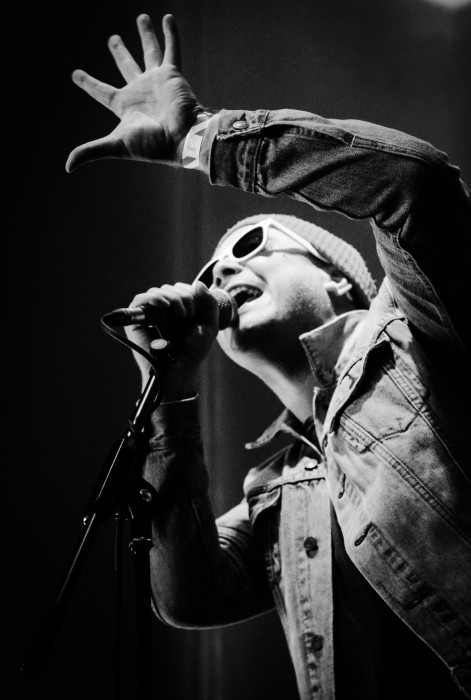 Friday, of course, involved checking out my Truck Festival highlight band, Brawlers (photo, right) who did not fail to disappoint in their delivery of high octane and slightly exhausting punk tracks complete with a very diva-esque abandoning ship at the end of the set by lead singer Harry who after he escapades into the crowd seemed to decide he had had enough so wandered off.

For pure unadulterated entertainment value, The Lancashire Hotpots, definitely took first place. I wasn’t entirely sure what to expect when a bunch of chaps, dressed in what I can only liken to Morris Dancing attire, appear on stage to play songs in truly outstanding Lancastrian accents on a very unusual array of subjects centring around their love of their locale. The favourite song has to be ‘Chippy Tea’, “I could eat a buttered brick, I need stodgy food without the fuss, then wife gives me a plate of couscous, I say sorry love, I want a chippy tea.” Genius, such great fun that the audience could decide whether to giggle or dance.

Before the S. Dogg himself graced the stage we managed to squeeze in both Super Furry Animals verging on electronic experimentation and somewhat psychedelic rock who unfortunately, whilst I can appreciate their appeal, aren’t my cup of tea before heading to see the second half of our favourite Public Service Broadcasting who showcased their lyric-less, ethno-funk (as band member Wigglesworth calls it) theatrical style performance with a complete lack of human vocals replaced only by computer generated voice overs. Their futurist music is great fun and definitely got the crowd going. 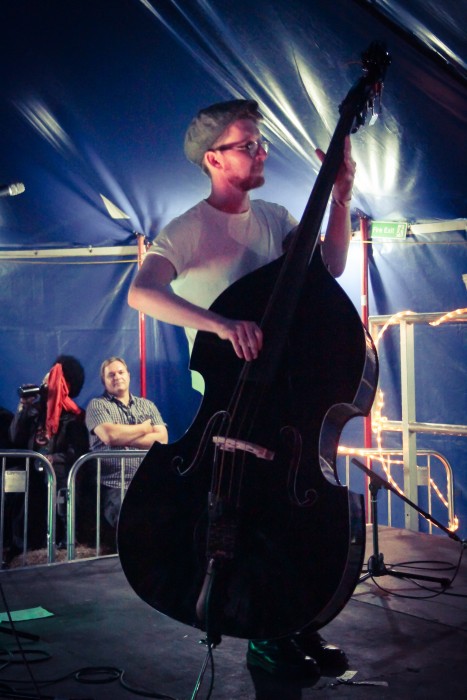 Saturday proves a bit of a challenge when looking for the stand out performance of the day. The ethereal and somewhat haunting Grawlix enchanted the audience in the Hogg & Barrel and where followed by the wonderfully fun Lucille. Having listened to a landslide of Lucille songs prior to seeing them at Y Not, I was expecting great things and was even becoming a bit fan girl. So imagine my surprise when I was absolutely blown away by their performance as it was even better live than recorded. Picture the scene, you are in the 1950’s and Elvis hasn’t quite yet entered the building, let alone left it and an unknown band play your local venue, their infections rhythms and foot tapping beats get the whole room on their feet, struggling to keep their hips from moving. Introducing Lucille. With a mix of heartfelt rhythm and blues and the ever so iconic rock and roll music shines brightly through their original tracks with authentic double bass and complex guitar riffs. If you love Swing music, dancing and honestly, just great music – check them out.

Ocean Colour Scene were the perfect warm up to the fabulous talents of Basement Jaxx – Whom I won’t go into too much detail on as the set was not surprisingly similar to that at Truck Festival so check out the review there for full details – needless to say however, they were pretty awesome – again! I first saw OCS when I was probably about ten with my folks, back in the days of the Riverboat song, I can’t say I remember too much about that performance but this time was pretty cool. The Britpop band whose first album was remixed to fit with the ‘Madchester’ musical trend of the early 1990s, against the bands wishes and whilst they still stay true to the Britpop origins, they have definitely moved on a number of stages since then, not surprisingly since they are currently celebrating their 25th anniversary.

On Sunday I got the pleasure of my first experience of Scribble Victory (photo below) – after spending the rest of the weekend with the chaps it was great to see them play live. Jamie & Tom create seemingly complex, melodic and heartfelt songs which they clearly love to play. Tom is rather interesting to watch with this very indivial choice to stand up, bare foot whilst playing drums – something which shouldn’t work but absolutely does. They have stayed true to the music they love and clearly are having an absolute blast whilst they do so. 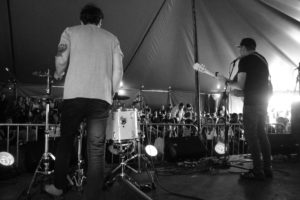 First up, Johnny Marr, originally of The Smiths fame, the very chap who NME hailed as “not content with rewriting the history of music with one of the world’s greatest ever bands, the Smiths, he’s continued to push boundaries and evolve throughout his career, working with some of the best and most exciting artists on the planet.” In their 2014 ‘Godlike Genius’ award and noted as “arguably Britain’s last great guitar stylist” by the Editor-in-Chief of Mojo – Phil Alexander. So clearly, someone to take note of. You have to love a guy who is unabashed about the music back from his days with The Smiths and clearly loves his new material with just as much passion, performing both with equal vigour. Definitely one performer worth seeing live.

Secondly and finally for this year’s Y Not festival came Primal Scream. Incredibly Primal Scream have been around for over three decades and since their debut single ‘All Fall Down’ which was somewhat inauspicious, the band have consistently moved forward. Their loyal following ensures that they are supported continually and said fans were treated to a powerhouse rock and roll show – which is exactly what they have come to expect. Bobby Gillespie coerced and enthusiastic audience from the start with whom heclearly connected with keeping them pumped from the start to the very end. Their performance somehow pulled together jazz vibes, psychedelic and hard rock, jumping between all without missing a single beat. A fitting choice and performance to close a dazzling festival.

All words by Jennie Higgins. All photography by Kristen Goodall. More work by Kristen on Louder Than War can be found at her author’s archive.