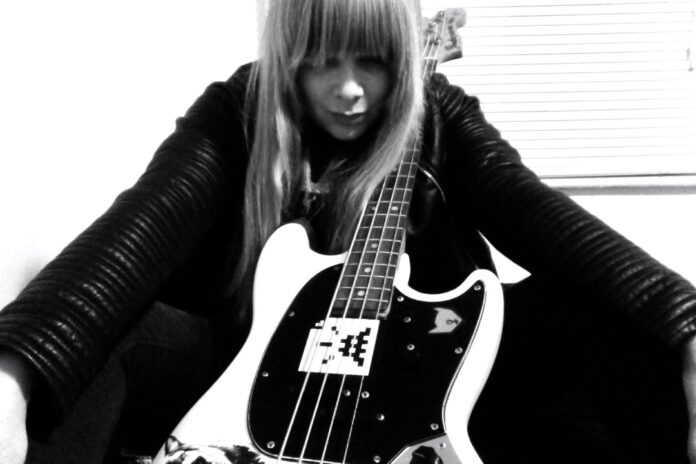 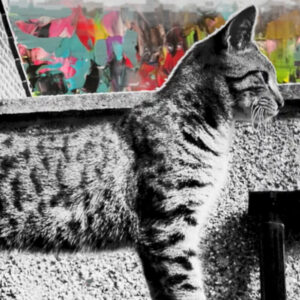 There’s a lot going on. There’s too much noise. There’s enough mess in the pipes and mistakes on the puzzle to drive anybody insane right now. So – as a solution, as a suggestion, as some kind of sincere way to escape the dreaded notion of one question sprouting a thousand confusing answers which heavily linger over everyone’s exploding head –  let’s be boisterous and brilliant and respond to our surroundings with a sense of angst and swagger and be honest about how damn disappointing everything is.

And let XUP’s new single taken from her latest album, Feed The Wolf Inside, be the primary means to enable such an act to express itself with the ferocity not merely as a firework unfurling throughout an acned, aching skyline – but rather drop and descend onto Manchester like an atom bomb about to detonate until the very ounces of its dense foundations are decimated to nothing but a dystopian effluvium of dust. From expensive, excessive, incomplete, imposing towers of doom; essentially stacks of bricks and mortar; this bomb turns them into piles of piss and shit, no more than mere splinters in the fingers of the pernicious earth. That bass, blasting into and through the entrapments of glass industrial labyrinths, the monolithic polymer metropolis, and stiff concrete kingdoms eclipsing everything unforgivably which shivers under its shadow, suddenly reduced into a cheap heap of clay and ash. 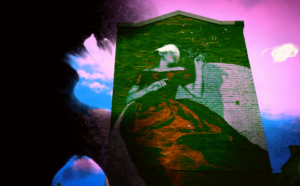 The single, the sleeve art, and video design are a collaboration between XUP and Manchester-based fine-artist Fruschian Void. It’s a robust epitome of minimal, erotic robot rock, a carnivorous bass line, rubbery and shuddering, crawling along its shimmering belly whilst a half-spoken, half-sung voice seems to flutter into the brain and fight for a space to stay there, as the cries of reason and utterances of purpose in a world of appalling annoyances, and unknot, or more pertinent here –  Disconnect us from the venomous circumstance, vast traps, dark holes and immense weights of modern life which eat into our skin like rainfall unto a naked bicycle, abandoned and shackled to a lamppost. 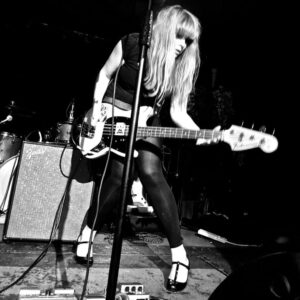 We are cradled by betrayal, erratic lines on a page flimsily coloured in by some cruel, megalomaniacal power which crushes us to cubes and sells our symptoms as job lots online. Therefore, empowering here are the spoken words that haunt every corner. A means of shattering the spell of such cruel subterfuge. Welcomed and received like a transmission from afar is the fierce, literary simplicity which cuts through the vulgar mud and banal pageantry of obtuse, blockhead rock, benumbed from the gums to the eyeballs, and wilfully severs all ends within reach. They delicately float and glide in between the gaps, kept sparse and desolate, but hiss and fizz and dazzle and charmingly discharge their own unique twists of detail.

All of which is thanks to the endlessly impressive wrestle between the swift wrist actions of narcotic pop godess turning the audience at home to stone before an episode of Top of the Pops in 1978, and a jagged post-punk groove twisting the knife into the base of one’s pathetic spine with a sharply edged bass like Suicide burning the backs of one’s eyes at CBGBs in 1986. It prowls and purrs, sweet like the taste of honey but it’s hot in the mainline and warm against the bones; beatific like an intravenous inoculation party. Electric muscular kicks and heavy-duty licks, bloodthirsty flickering light drum reflexes, and the brawn of a bull facing a red flag, all elements able to satisfyingly satiate the wired, wild, mechanized drive which XUP, seems to relish in with every resplendent, rollicking moment.

And XUP has every right to enjoy being hostile until we are rendered hollow. At the edge of the vortex which with each whoosh subsumes every inch of the inner city, for XUP, the Self is a Unit, everything is interconnected, purposeful because one dial in the clockwork spins so another can do the same. For XUP, Art is Power. A power which nobody can put into a nice, little box, with its own neat, little, catalog number, place on a shelf, and condemn to be contained as Tamed. 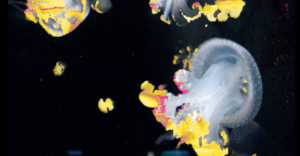 Potentially torn apart by the horrors of psychological war, or freshly hatched in a field of black flowers – the want, the need, to Disconnect, is a method of escape, an instrument to ensure our survival is utmost out of everything else. To Disconnect, as something unholy and immoral and abject decomposes before our very eyes, on televisions, in newspapers, is a mode of distracting ourselves from the decay. Which we now have a semblance of a way of dealing with, in times of XUP’s hunt no less.

Ryan Walker is a writer from Bolton, his archive can be found online here.