Home Music Bands The XTC Bumper Book of Fun for Boys and Girls: A Limelight... 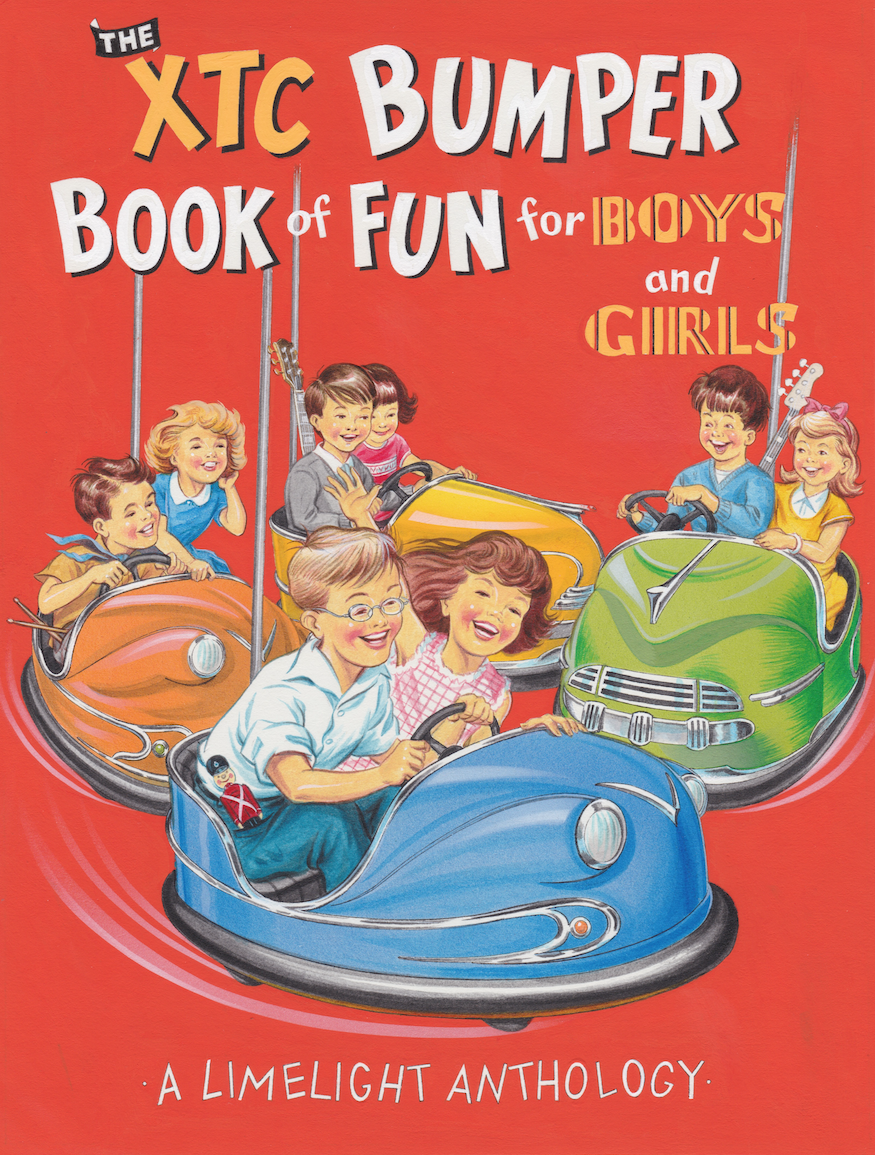 An outstanding record of a superb band.

The XTC Bumper Book of Fun is a collection of the Limelight magazines that were an essential lifeline to fans of the reclusive Swindon Pop pioneers. Editor Mark Fisher has reproduced every copy and added up to date interviews with Andy Partridge, Colin Moulding, Dave Gregory and Terry Chambers alongside a number of celebrity fans.

Why do I love XTC? Probably because they seem to have a song for every moment, all dispensed through perfect melodies that are original, at times experimental but always innovative. Throughout however, even during the superbly existential Dukes of the Stratosphere phase, they always maintained the perfect pop sensibility.

There were songs for birth, death, the early magic of love, the misery of separation and divorce, childhood, aging, bereavement, worry, agnosticism, contempt for politicians, the madness and reality of war, even traffic jams. Most of all though, these songs are rich in imagery with arrangements that are as strong as any in popular music.

XTC never cultivated an image; they didn’t need to and it wouldn’t have sat well with a band who always came across as a group of ordinary men with extraordinary talent. However, there was that essential air of mystery about them, never contrived and possibly enhanced by the decision to stop touring; they were undoubtedly an enigma. And that is where Mark Fisher and his invaluable publication comes in.

One of the many joys of this anthology is that it brings the essential role of the ‘fanzine’ (although Limelight was certainly much more than that) back into focus. Most areas that had a thriving local music scene would have at least one fanzine and the role these played in the spread and development of alternative music is not to be understated. However, Limelight, alongside for example the Stranglers magazine, Strangled, would be on a different level and that underlines the value of what Mark Fisher did then and is doing now by re-issuing a deluxe version.

Quite simply, if you wanted regular and in-depth news of bands in the dim and distant past, you were at the mercy of the music press. Sometimes they did a sterling job and other times they didn’t but with XTC that problem was amplified as they had ceased touring and so cut out a vital opportunity for interaction with their fan base. Limelight actually started around the time that XTC stopped touring, although that is coincidental as Fisher wasn’t to know at the time that the band had played their final live show.

However, the true value of Limelight is that it offers a unique chronicle of the development of XTC from heavy-touring power pop purveyors to indisputable kings of the studio and masters of the craft of innovation. We get enough reflective pieces on early XTC and fan’s memories of live performances to place the pre-Limelight story in perspective, but the post-English Settlement narrative unfolds as if we were re-living it and is all the better for it. That is why this is so much better than a biography as we read contemporary accounts from writers who knew the band well alongside deep and rich interviews with band members. It is a genuine pleasure to read again and, in doing so, I realise that much of what I know about XTC is actually derived from Limelight as little anecdotes and small details I have stored away over the years re-emerge. 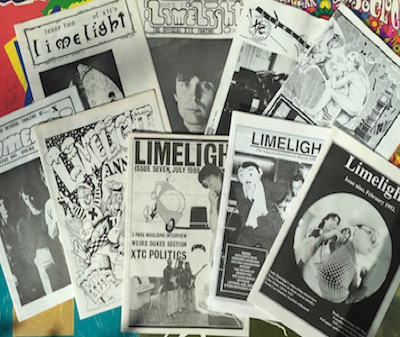 Mark Fisher has also gained recent interviews with all band members, including a fascinating insight into the new Moulding/Chambers project, alongside a good range of celebrity fans, many of whom seem to be comedians.

For XTC fans, this will be a refreshing blast from the past; an uplifting chance to re-live bygone days. Contained within the 256 pages are an endless number of triggers for golden memories of a unique band and the impact that they had on their fans. However, arguably it is also an essential read for anyone who has an interest in music from that era or would simply enjoy a step by step account of how one band ploughed their own furrow in defiance of convention and virtually the whole music business. This is an outstanding record of a superb band and, certainly from my perspective, the music publication of the year.

For further information on Limelight and XTC, go here